Five warned his family that time-jumping them all at once to escape the Vanyapocalypse was risky, and The Umbrella Academy season two proves he was right. The siblings are all catapulted to Dallas, Texas at different points in the 1960s. Separated from each other and unable to locate Five, the Umbrella Academy has to figure out how to survive on their own, while yet another doomsday looms.

During the set visit, we talked to the cast about where the Umbrella Academy finds themselves at the beginning of season two, and how they’re coping with the first season’s reveals and being trapped in the past. 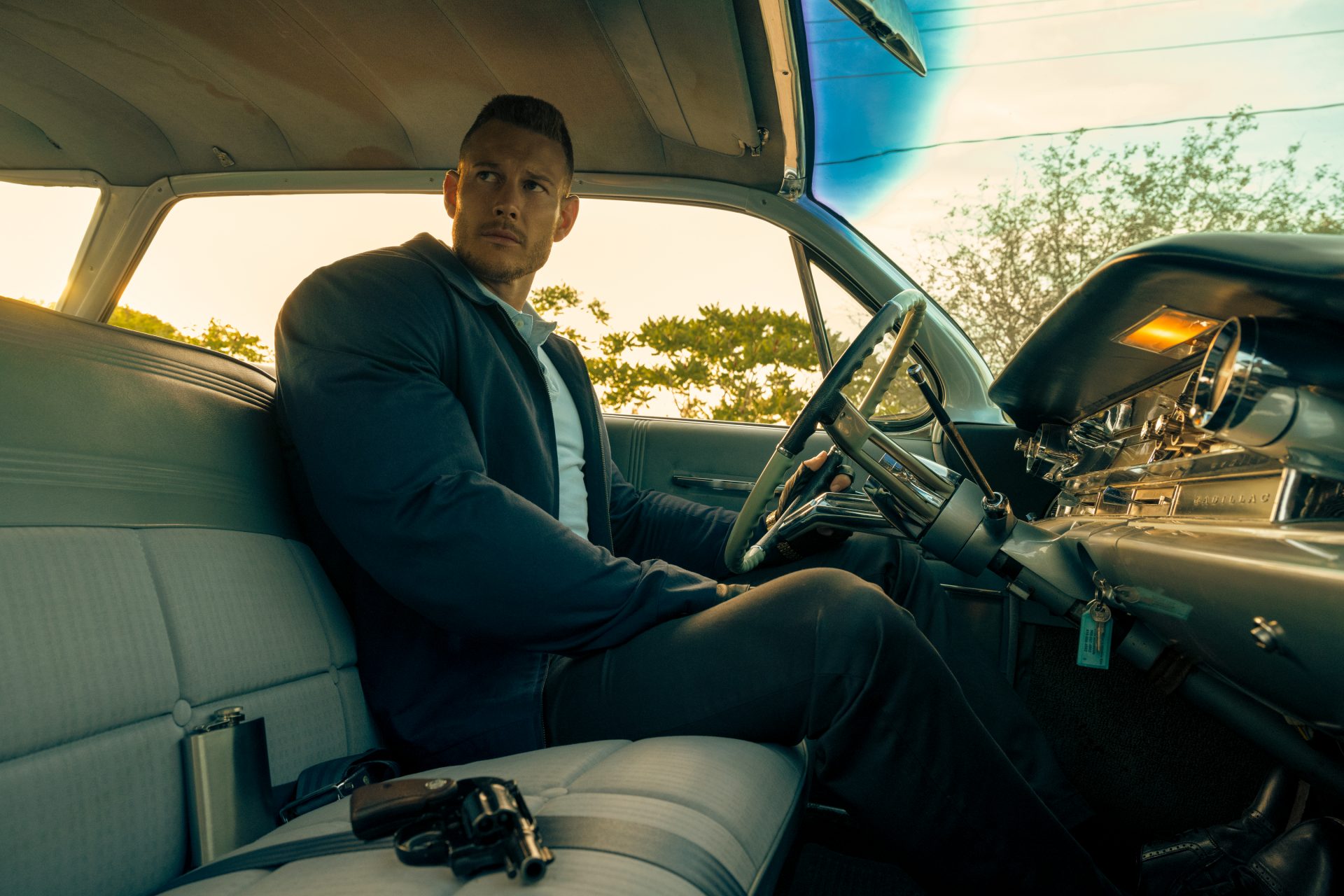 Luther struggled to lead the team and command respect in season one, and his final decision to imprison Vanya ended up dooming the planet. “He’s in a dark place at the beginning, internally,” Tom Hopper, who plays Luther on the series, explained. Without his family or the comfort of the mansion to return to, Luther ends up working for a mysterious man as his henchman, driver, and underground fighter.

“The interesting thing about Luther this season is he’s had to learn to live in the real world,” Hopper said. As the only sibling to remain in the Hargreeves mansion, and later, to live on the moon, Luther has been isolated his whole life and never learned “what it’s like to be a normal guy in the real world and hold down a job,” as Hopper put it. In order to survive in the 1960s, Luther has to face his worst fears and “engage in social interaction with the everyday person,” which means actually listening to others and not just barking orders.

Diego’s arc came full circle in season one when he showed mercy to Cha Cha, Detective Patch’s killer, just as she would have wanted. According to Diego’s actor David Castañeda, letting go of anger is a lesson Diego carries into season two, from trying to reconnect with his siblings to understanding his father. “I think he was always an instinctual person and very reactive, rather than allowing due process to take its course,” Castañeda said. “Learning from season one, he obviously takes what Patch said to heart.”

While Diego did everything he could to distance himself from the Umbrella Academy in the past, Castañeda affirmed that that Diego is now “trying to bring them all together.” And without Luther there to vie for the spot of number one, Diego is suddenly faced with an opportunity and a challenge: can he “actually be the leader that he’s always wished he could be?”

Out of all the characters in the group, Allison is probably the most disadvantaged, arriving in Texas as a Black woman during the Civil Rights Movement. “We arrive in the ’60s and within two minutes she knows exactly where she is and is not allowed to be,” said Emmy Raver-Lampman, who plays Allison. Growing up in a multiracial family of superheroes and then becoming a famous actor, Raver-Lampman says Allison has lived in a “kind of bubble” where she never had to truly acknowledge the barriers that a woman of color would face in the typical world. “I think her whole life, it’s been celebrated, and very quickly this season it is the opposite of that,” Raver-Lampman said.

To cope, Allison ends up finding a community that welcomes her with open arms, and she starts to build a life there among people who accept her. 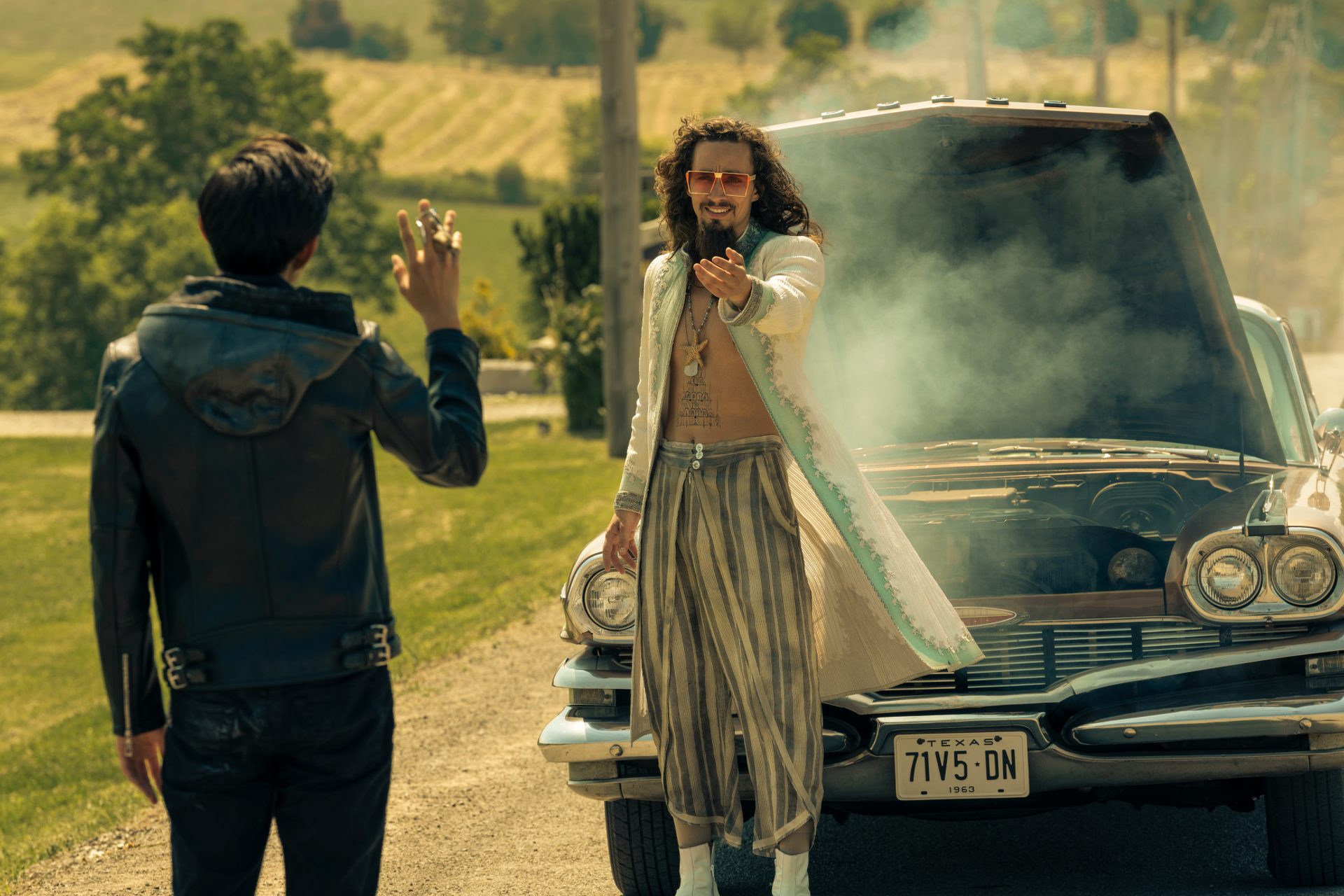 This isn’t the first time Klaus has been stuck in the past, and according to actor Robert Sheehan, “Whenever Klaus is isolated, he kind of goes back into adaptation mode…he will just [use] whatever kind of tools of charm that he has.”

Describing Klaus as a “street fox character,” Sheehan explained that his onscreen persona actually starts a religious cult where he becomes the revered Christlike figure. It’s a humorous twist on the fact that nobody ever listened to Klaus in season one; in season two, now “people are listening to him way too much.”

In season one, Klaus and Ben began to realize that Klaus’ powers (while sober) allowed Ben to become somewhat corporeal, and in the final battle Klaus was able to summon Ben to fight. As a result, Ben’s portrayer Justin H. Min explains that you’ll notice a “change in the dynamics of the relationship” in season two. Ben discovers some measure of “independence and agency” outside of his link with Klaus, something that Min notes becomes a “huge point of contention” between the two.

“You see Ben coming into his own this season and making decisions for himself,” Min said. 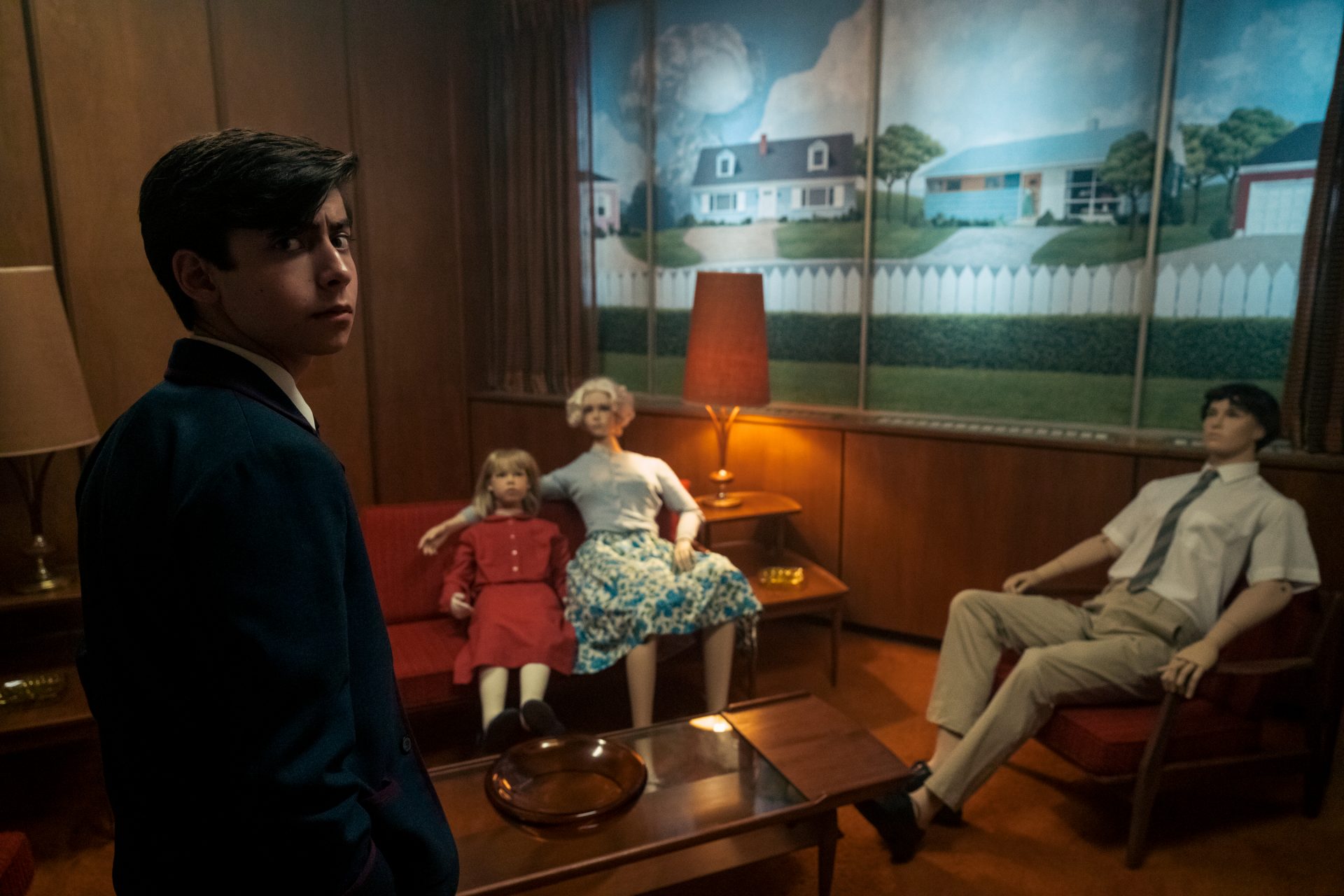 After arriving to find his family fractured and squabbling in season one, Five broke off from the Umbrella Academy and largely tried to stop the apocalypse on his own. In season two, “the reverse is true,” and his main goal is bringing the family back together, per Aidan Gallagher.

Gallagher notes that while it’s not “too much of an adjustment on Five’s part in terms of being in the 1960s,” feeling responsible for his siblings and fixing the now disturbed timeline puts extra pressure on him. “I think he’s crawling less out of his insanity and more into his anxiety [in season two],” Gallagher said.

Vanya discovered last season that she was actually the most powerful sibling, leading to Hargreeves keeping her sedated and isolated for years. This trauma poured out in the final episode as she became The White Violin and shattered the moon.

You’d think Vanya would have a hard time going from that to being alone in the 1960s, but Vanya’s actor Ellen Page told us that when Vanya arrives “she actually gets hit by a car” and develops amnesia. Vanya ends up forgetting everything, and the woman’s family takes her in as the live-in nanny. It’s a startling difference from her old life, and Page said that Vanya finds a “nice sense of peace and solace…[she’s] much more comfortable in her skin. She’s more confident.”

Eventually Vanya realizes she has some sort of powers, but because she has no trauma associated with it, Vanya’s “more comfortable with it, in a way, because it’s just what she can do,” Page said. “She’s just more present and living her life.”