How Does Netflix's UMBRELLA ACADEMY Compare to the Comics? - Nerdist

How Does Netflix’s UMBRELLA ACADEMY Compare to the Comics?

Netflix’s Umbrella Academy debuted earlier this month and took the internet by storm. Based on a series of comics by Gerard Way and Gabriel Bá, the show follows the plot laid out in the first volume, Apocalypse Suite, while mixing in details and characters from the second volume, Dallas. The show makes the story all its own though, from toning down the outrageous villains and violence to adding in more diversity and pathos.

Since Apocalypse Suite is just six issues long, it’s not surprising that the characters would be more three dimensional in the show, which aims to complicate their original archetypes. Below, we’ve broken down the key differences between the show and the books. 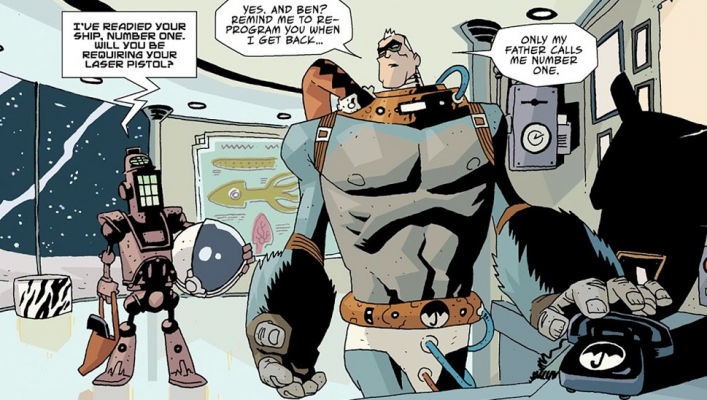 In the comics, he’s a self-assured, natural-born leader who seems to thrive in his role as head of the family. While he acknowledges he can’t live a normal life with his ape body, it doesn’t stop him from walking around shirtless all the time.

In the show, Luther’s body is a point of deep shame that he keeps meticulously covered, and he appears uncomfortable—hilariously inept, even—in his role as team leader.

In the comics, Diego’s main power is that he can hold his breath for a long time underwater. His character is toxically masculine: he treats Vanya cruelly despite being in love with her, and at Hargreeves’ funeral he tears off Grace’s clothes to reveal their father “left them with a piece of plastic for a mother.” Detective Patch doesn’t exist to positively influence him; instead it’s Inspector Lupo, a cranky old man who Diego is most definitely not in love with.

In the show, Diego’s love for the women in his life is more crucial to his character (though frustratingly, Diego’s journey towards realizing vengeance is folly involves not one but two fridgings). His tough guy act from the comics is complicated when it’s revealed he also struggles with a stutter and a fear of needles. 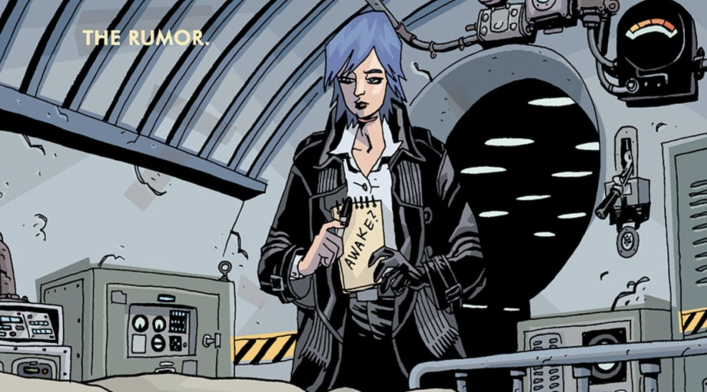 Allison is less character-developed than her siblings in the show, but is even more thinly drawn in the comics. She’s described as vain, the sort of femme fatale of the group; when her vocal chords are slashed, Grace assures her she’s still pretty. She’s unashamed about her manipulation powers, and even uses them to get a kiss from Luther (which is strangely portrayed as romantic rather than violating). It’s hard to read her relationship with Vanya, but it’s hinted at as catty and contentious, with both seeing each other as competition for the limelight.

In the show, Allison is softer and sadder. She’s remorseful about ever using her powers, and her love for Vanya feels more sincere. One can only hope season two will paint her as a more complex person. 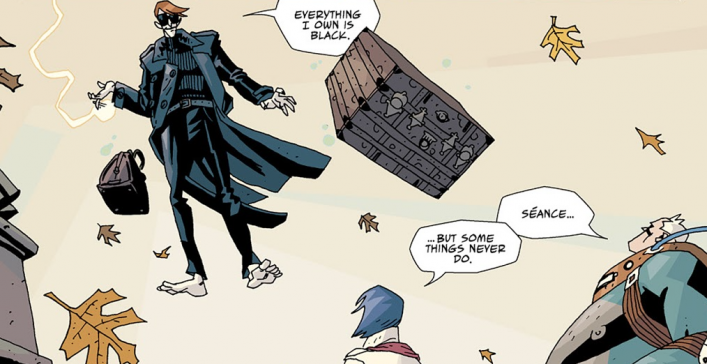 In the source material, he’s unapologetically gothic and snarky. He’s overpowered to the point of being a deus ex machina, with the ability to fly, control objects, and summon the dead.

Klaus is much more broken in the show, but his arc is a positive one. He overcomes his drug addiction to finally harness a portion of his powers in the finale; in the comics his arc is sadly reversed. Unlike the comics, the show is also very clear that Klaus is not straight, and his love is integral to his growth. 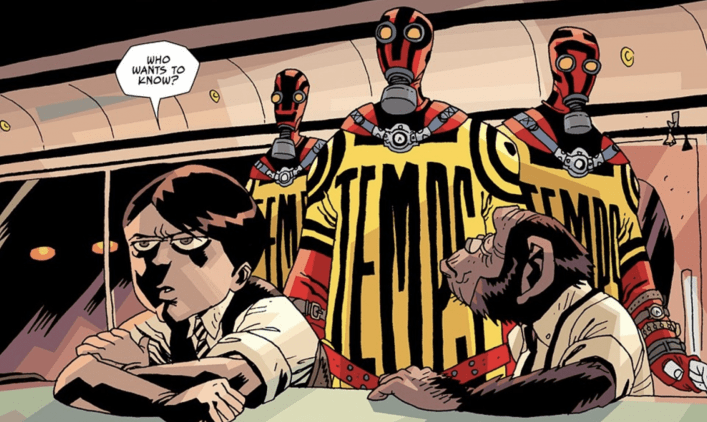 Five in the show is surprisingly as cranky, detached, and ruthless as his comics counterpart.

Described as naive and approval-seeking, he never appears in the comics as an adult the way he does alongside Klaus in the show. There’s also sadly no hint of how he died, other than Allison saying that some of the siblings blame Luther for what happened. 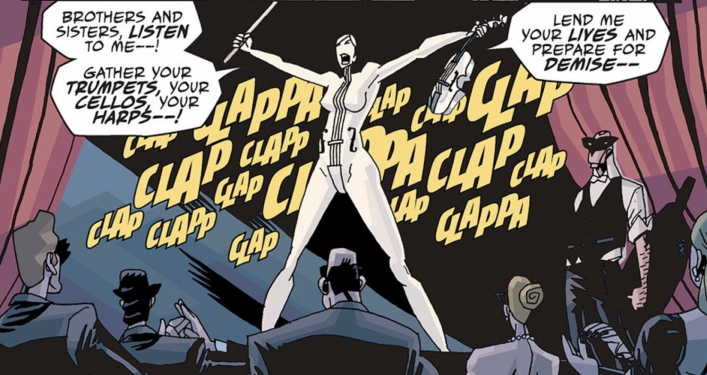 Vanya is the biggest departure from the comic book, and as the bringer of the apocalypse, thankfully so. Vanya’s transformation in the show is heartbreaking, a build-up from a lifetime of resentment. In the comics she turns on her family almost on a whim, and is dissected and remade by an evil orchestra led by a creature named The Conductor. (The Incredibles’ Syndrome-esque Leonard, who insinuates himself into Vanya’s life, is entirely a show invention.) She’s also sexualized more in the comics and as White Violin, her body itself becomes the weapon, and she lacks the agency found in the show.

The two time-traveling assassins in the comics are not even remotely as likable as their show counterparts. They don’t have workplace malaise or a longing for romance; instead, they’re bloodthirsty and unhinged. Appearing only in volume two, they never take off their masks, and turn only on the organization when they realize sanctioned kills don’t satisfy their need for carnage.

The original ending is pretty heartless, actually. Allison’s throat is slashed at Icarus Theater, so her and Luther leave the scene. Klaus pretends to be their father and belittles Vanya, and while she’s distracted, Five shoots Vanya in the back of the head, saying he never liked her. The moon still shatters, but Klaus uses telekinesis to stop the pieces from hitting the Earth. Vanya survives, but she suffers brain damage.

In the show, Allison intervenes in the final battle and is able to disrupt Vanya’s solo with the sound of a gun, but not before her powers blast a hole in the moon. As the chunks hurtle to earth, the siblings all join hands to go back in time, in order to fix a lifetime of wrongs they inflicted on Vanya. It’s a fitting, more emotional ending that nicely wraps up a season focused on bringing together a family who must learn to love each other again with the specter of their father gone. The changed ending also means we don’t have much of a blueprint to go on for season two, which is pretty exciting!