WELCOME TO THE BLUMHOUSE Directors Program Their Dream Double Bills

Welcome to the Blumhouse is back just in time for spooky season! This year the horror powerhouse is delivering four new horror movies from some of genre’s brightest stars. Maritte Lee Go, Ryan Zaragoza, Gigi Saul Guerrero, and Axelle Carolyn are ready to scare you silly. And if you’re a fan of classic horror pairings, then you’re in luck. On October 1, Guerrero’s Bingo Hell and Go’s Black as Night will hit Amazon Prime Video. They’ll be followed by Zaragoza’s Madres and Carolyn’s The Manor on October 8. To celebrate, we asked each of the directors to program their own dream double bill. So this Halloween you not only get to enjoy four new radical horror flicks from Welcome to the Blumhouse, but you can also enjoy your own personal movie marathon programmed by masters of the genre. 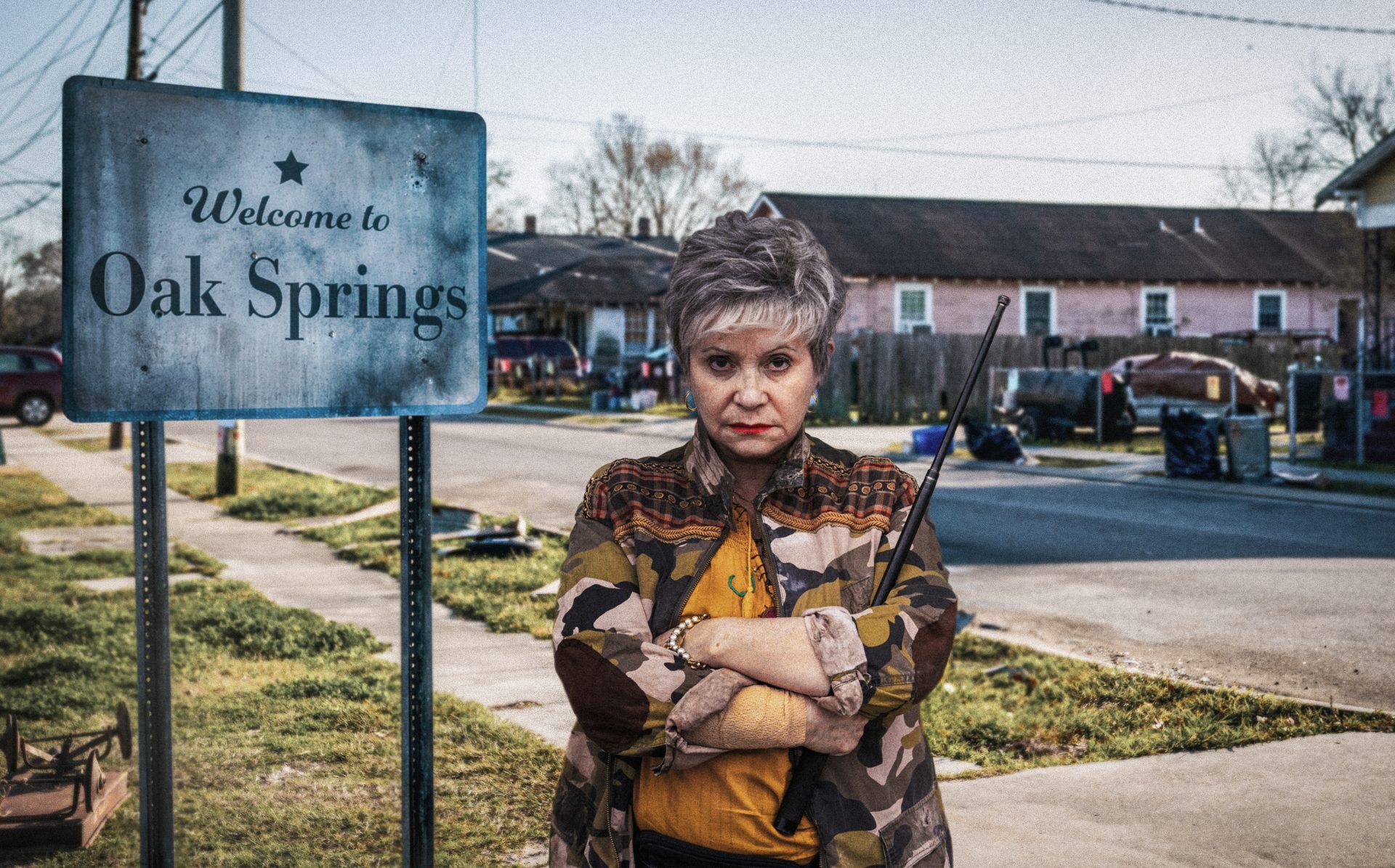 A nefarious presence threatens a close knit low-income community in Guerrero’s fiendishly funny horror. When Lupita (Adriana Barraza) has to go up against an enigmatic new businessman who takes over her local bingo hall, things seem like they can’t get any worse until her neighbors start turning up dead. And it all appears to be connected to the once joyous cry of “Bingo!” This serene game has suddenly become winner takes all. 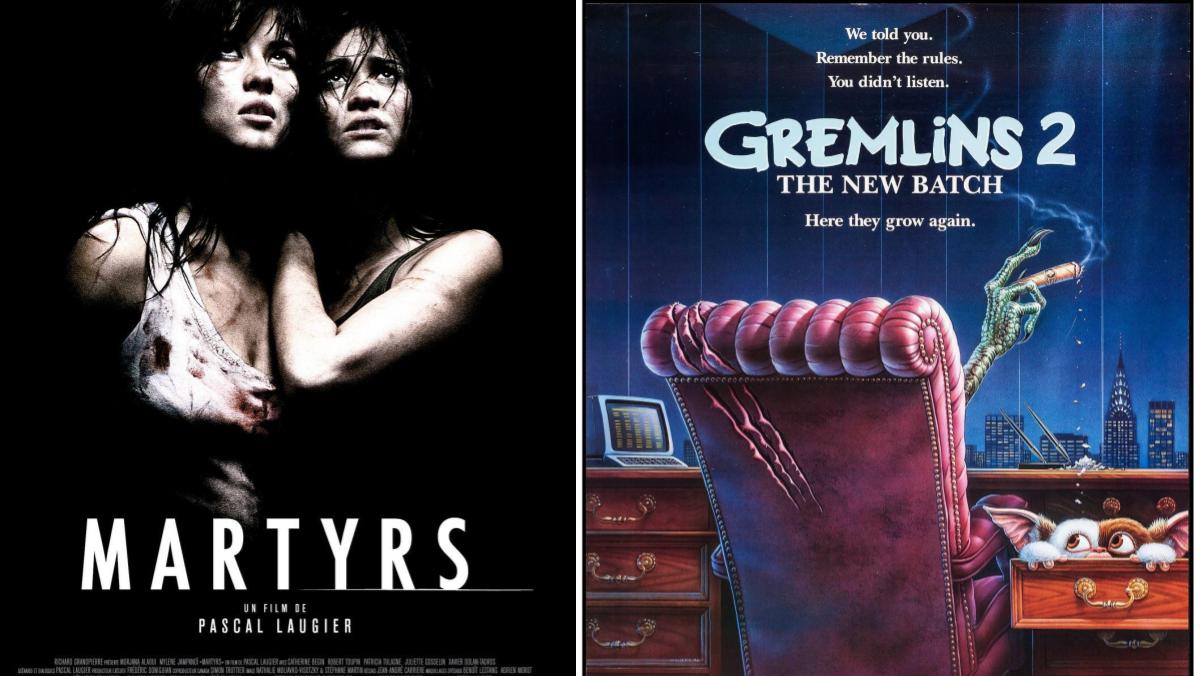 “I remember after watching 2008’s French genre madness Martyrs, though incredibly disturbing and well executed, I frankly felt empty inside. What a wild film! It shook me to my core. So my immediate go-to film to feel better about life again was none other than the magnificent, charming, and unapologetic ride of Gremlins 2. Yeah… that was a perfect and random double feature that saved me and weirdly enough worked.” 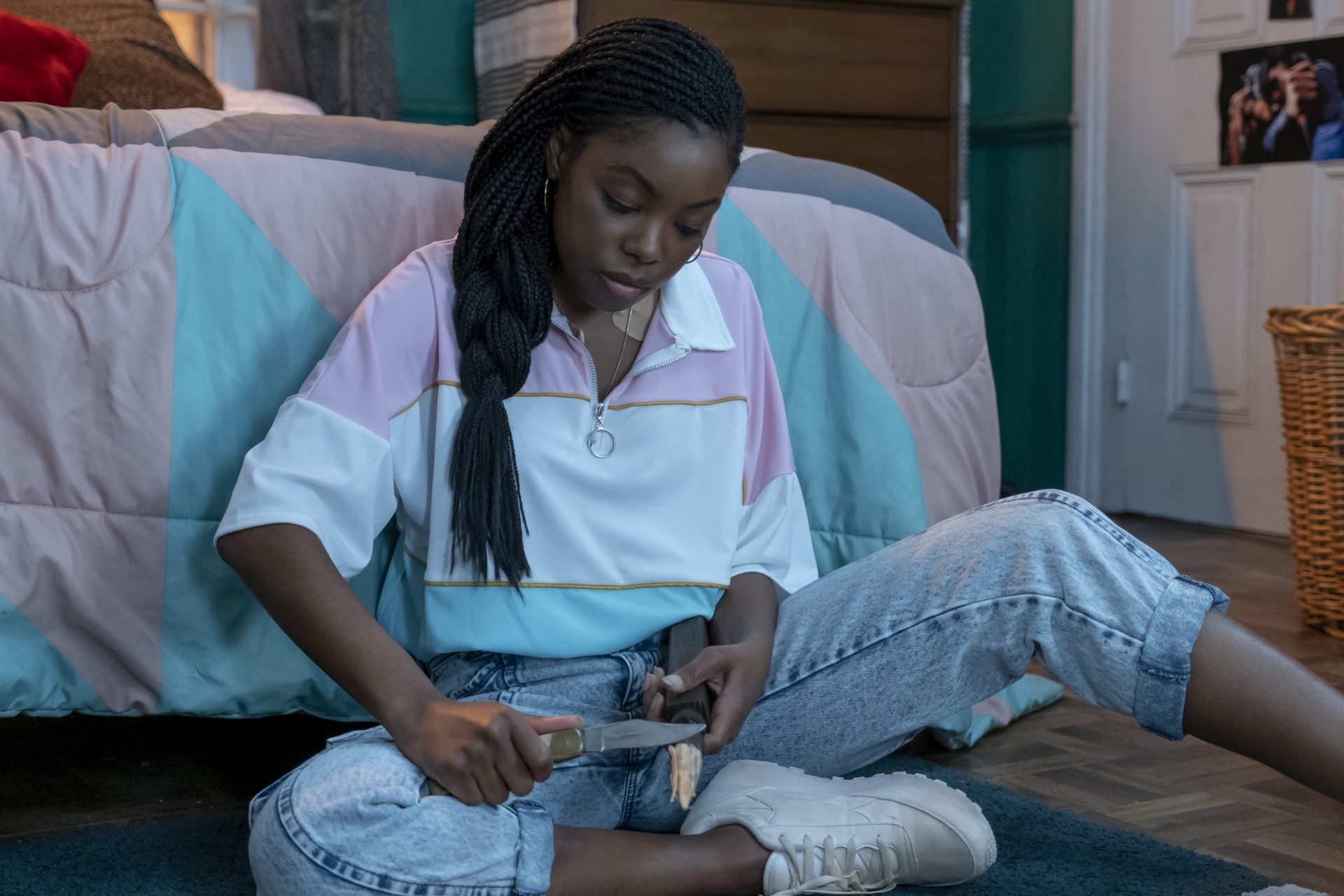 After Shawna’s (Asjha Cooper) mother is found dead with puncture wounds in her neck, the 15 year old realizes there’s a deadly new threat in her hometown of New Orleans. Trusting only her closest friends, Shawna heads to the French Quarter to face down the centuries old monster who killed her mother. But that’s no easy feat in Go’s powerful social action-horror. 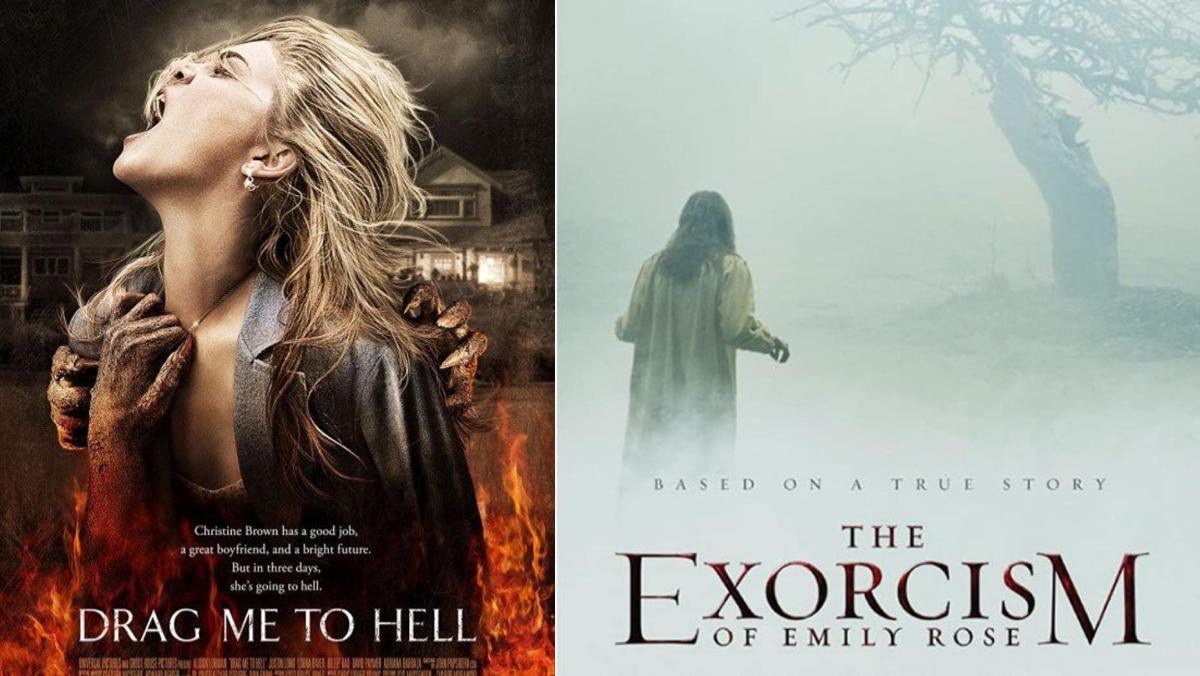 “A perfect double feature for me would include two films that would contrast each other. Growing up in a very religious household, the scariest thing for me is the devil. So I would start off the night with the movie Exorcism of Emily Rose. That made me lose sleep for two weeks but I absolutely love it! Then I’d follow it up with something that makes me laugh and scream and that would be Drag Me to Hell. Ironically, that movie lifts me out of my dark place and gets me excited to create. I think Sam Raimi is a master of tension and I love watching his work and breaking it down.” 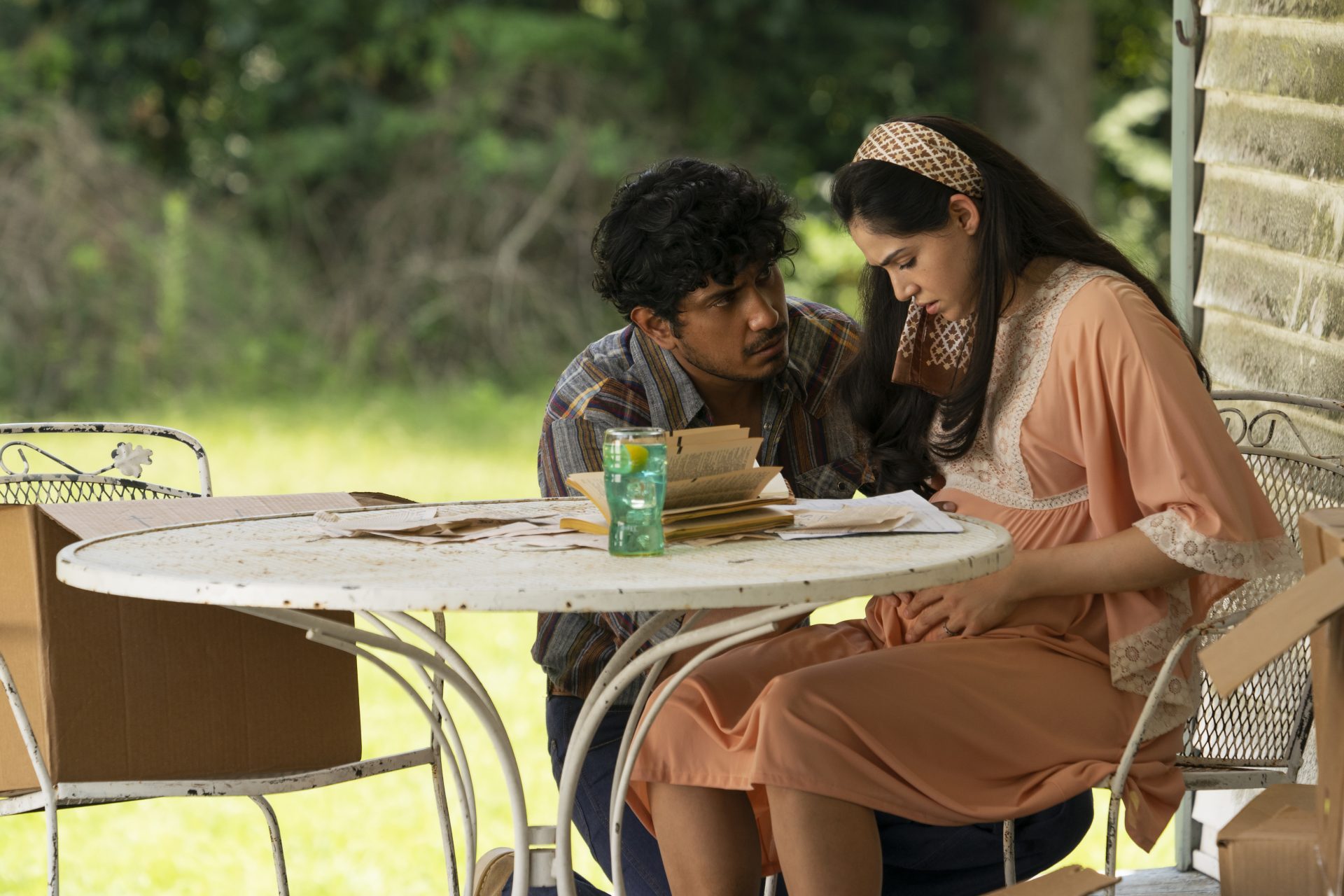 Beto (Tenoch Huerta) and Diana (Ariana Guerra), a young Mexican-American couple expecting their first child, move to a small town in 1970s California where Beto has been offered a job managing a farm. Isolated from the community and plagued by confusing nightmares, Diana explores the rundown company ranch where they reside. Her discoveries will lead her to a truth much stranger and more terrifying than she could have ever imagined. 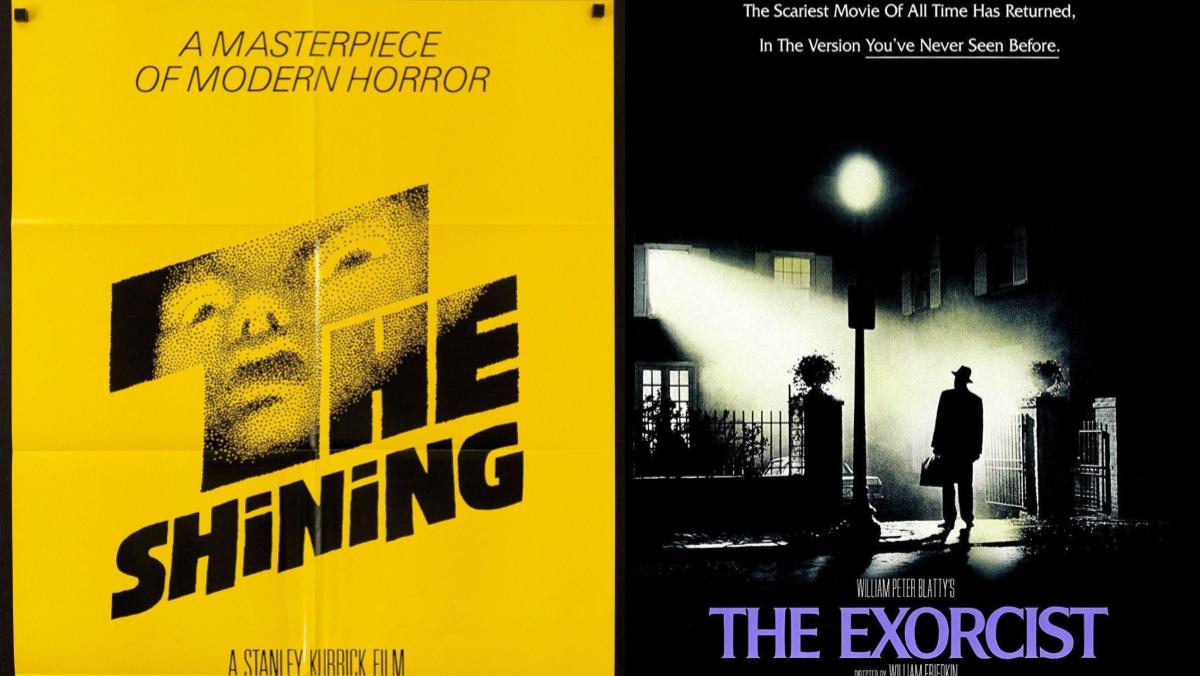 “If you’re looking for a frightful night, it’s hard to go wrong with the classics. My dream double feature starts with The Shining. Kubrick’s masterful execution is thoughtful, elegant, and truly terrifying. After witnessing a man’s descent into madness, I recommend taking a quick popcorn break before returning to… The Exorcist, a masterpiece horror film that set the world on fire. There’s a reason people lined up for blocks to watch and rewatch this bold risk-taking classic. Make sure you don’t have any early plans the next morning because this film is sure to cause nightmares.”

This contemporary gothic horror tale centers around the titular nursing home. Judith Albright (Barbara Hershey) moves to Golden Sun Manor after a stroke. While everything seems idyllic, Judith is convinced that a terrible presence lurks in the haunting estate. Her suspicions seem to be confirmed when her fellow residents begin to die in strange circumstances. But no one will believe her, assuming that she’s suffering from dementia rather than demons. 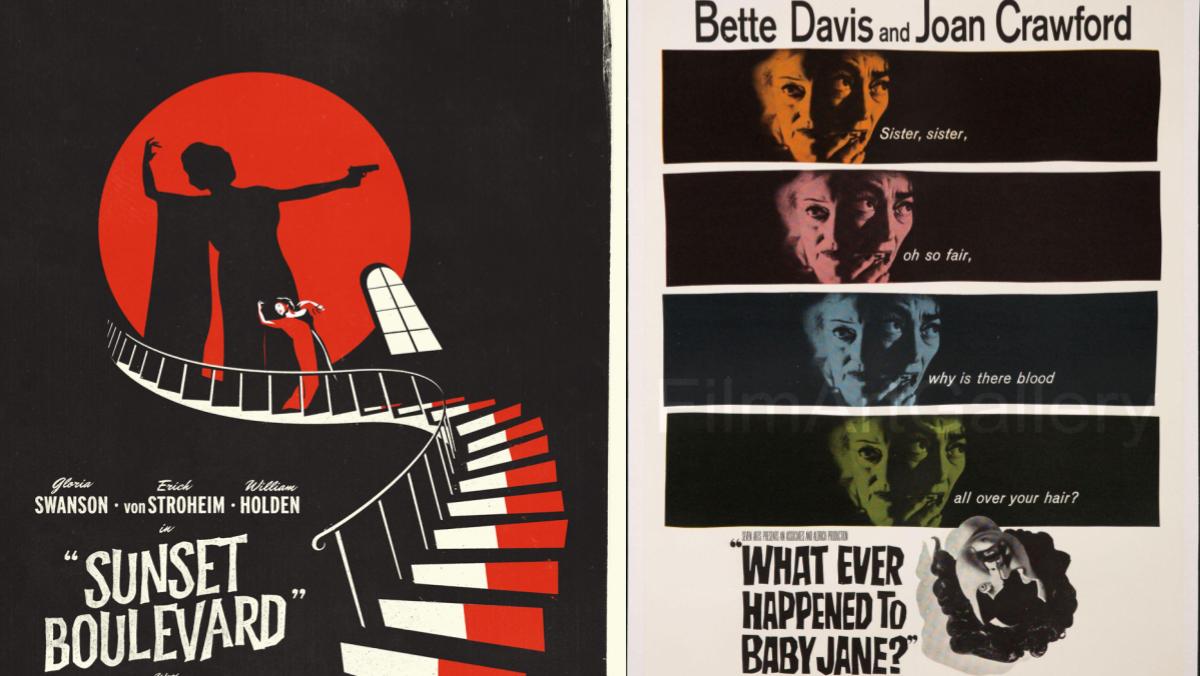 “Staying with the theme of old age from The Manor, I’d start with Gothic classic Sunset Boulevard. Nothing supernatural here, but there’s a crumbling palace, and the magnificent Gloria Swanson as Norma Desmond, an aging, all-but-forgotten silent star. Rarely has a movie captured the cruelty with which Hollywood treats women over 50—Swanson was only 51 when she filmed this, but the way she’s talked about, you’d think she was 100.

I’d follow it up with another essential, Whatever Happened to Baby Jane?, with the splendid Bette Davis. This movie freaked me out so much as a kid; the scene where she catches her reflection in the mirror as she dances is chilling and heartbreaking. It kicked off a wave of films called hagsploitation—a demeaning term for a series of movies led by gorgeous, exceptionally talented icons.”