WELCOME TO THE BLUMHOUSE Drops a Spooky Four Film Teaser

It’s still hot as fish grease outside but August means spooky season is right around the corner. That means pumpkin spice everything, cooler temperatures (depending on where you live), and all things scary/horror. And, when it comes to scares, Blumhouse does them well. Amazon Studios and Blumhouse Productions are teaming up again, bringing a series of 8 horror flicks to streaming. The latest “Welcome to the Blumhouse” installment is coming to fruition with a trailer for its first four releases.

The clip reveals that, starting October 1, we will get a double dose of terror. First, there’s Black as Night. According to a press release, the film takes place in New Orleans 15 years after Hurricane Katrina. There’s a new, sinister threat leaving puncture wounds in the throats of the city’s most vulnerable residents. Teenage Shawna (Asjha Cooper) loses her mom this way and teams up with friends to take down a gang of vampires. It’s similar to Vampires vs. the Bronx but this time a Black girl is leading the way. We see bits of Shawna and company going against the vamps in this trailer as they take matters into their own hands.

Bingo Hell will also premiere on October 1. And yes, this story does involve an older person because, well, they love bingo. Lupita’s (Adriana Barraza) local bingo hall is run by a new (and strange) businessman, Mr. Big. (No, not the Sex and the City one.) She gets together with her pals to take it back but, alas, death comes knocking in a gruesome way. Every time someone gets “Bingo!,” there is death on the way. This Blumhouse horror-comedy might pair well with an alcoholic beverage.

But wait… there’s more! The “Welcome to the Blumhouse” trailer also includes The Manor and Madres, both set to release on October 8. The Manor is giving the haunted abode vibes that we all love with a scary entity taking over a nursing home. Judith Albright (Barbara Hershey) moves into an idyllic assisted living facility. She starts to experience strange nightmares and residents drop like flies. Sadly, no one believes Judith’s claims that something evil lurks in the halls. Now, she must try to make it out alive. 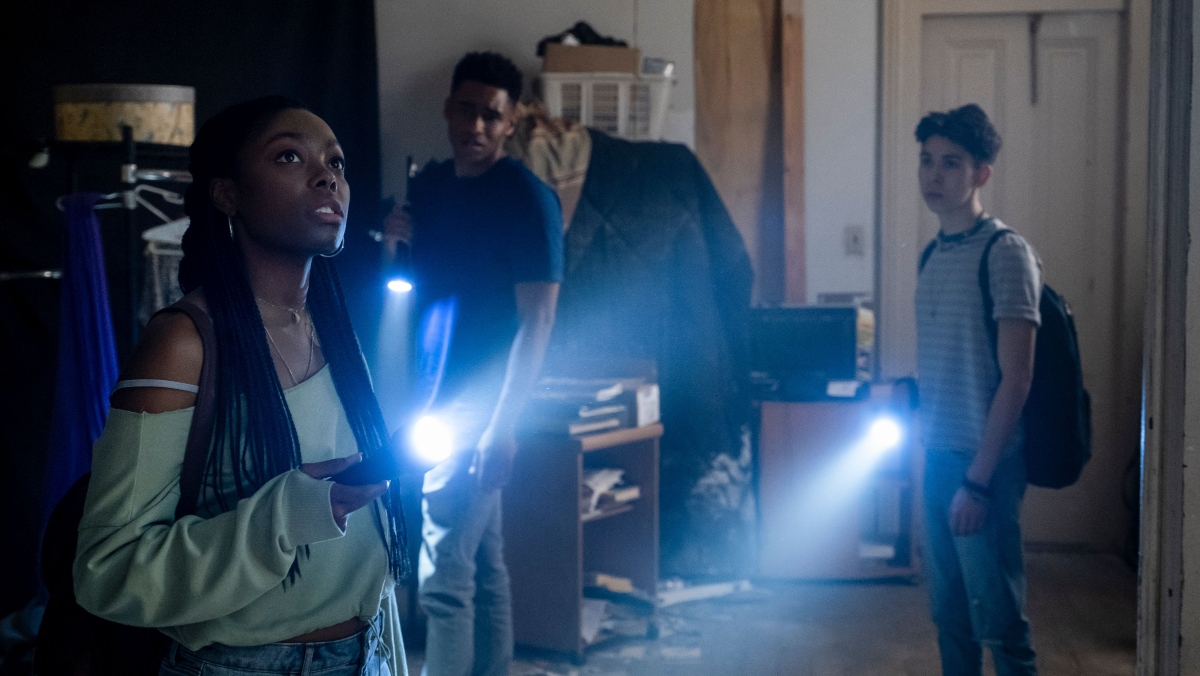 Finally, Madres follows Beto (Tenoch Huerta) and Diana (Ariana Guerra), a Mexican-American couple having their first child in the 1970s. They move into a small California town and feel isolated from the community. Things go awry when Diana discovers a talisman (rarely a good thing) and a box from their home’s previous residents. Of course, things will get very strange and possibly murdery. Throwback setting, horror at a ranch…this sounds like my kind of film.

“Welcome to the Blumhouse” is almost here with thrills and chills for everyone to enjoy.