Someone on Reddit figured out the exchange rate between wizard money and real-world money and, of course, we love them for it. Aubieismyhomie did the math and shared the breakdown for galleons, sickles, and knuts in terms of US dollars. To figure out just how much Harry and the gang spent on school supplies, sweets and racing brooms, Aubieismyhomie took a list of all the items in Harry Potter with a listed value and compared them to their muggle world counterparts. Using the exchange rate provided by Hagrid in the first book (1 Galleon=17 Sickles, 1 Sickle=29 Knuts), Aubieismyhomie was able to figure out that 1 Galleon=about $25, 1 Sickle= about $1.50, and 1 Knut= about $.05.

Aubieismyhomie was then able to take this information and draw some conclusions about the finances of our favorite wizards. The Weasley family, for instance, only had between $50 and $75 in their vault when Harry went with them to Gringotts. Don’t feel bad for the amazing family of gingers though; they won about $17,500 in the Daily Prophet contest. They probably had a few more galleons in their account after coming back from Egypt.

Harry, however, was quite rich. This shouldn’t come as a surprise since her inherited the Potter fortune when his parents died and his grandfather was known for making his fortune through the creation of the Sleekeazy’s Hair Potion. Yet, Harry wasn’t very responsible with his finances. Whether it was just never getting a proper education on the value of a galleon or never truly caring, Harry often made extravagant displays with his money. 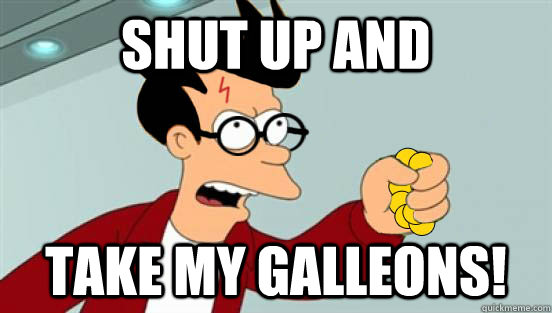 At the Quidditch World Cup he purchased Omnioculars for himself, Ron, and Hermione at a staggering $250 apiece. Then, he followed that up by giving all his winnings from the TriWizard Tournament to the Weasley twins, a whopping $25,000. No wonder the twins refused Harry’s money in exchange for their goods at Weasley Wizards Wheezes, the store they opened using Harry’s winnings.

Aubieismyhomie also lets us know that an Ollivander wand ran around $175 and textbooks, just as in the muggle world, are a complete rip-off. But what about some of our muggle Harry Potter merchandise? How would they fair in galleons? Well, you could purchase the entire Harry Potter paperback collection (books 1-7) for about 2 galleons, before shipping, on Amazon. But, if you want the more extravagant Trunk Boxset with the 7 books in hardback and the first 7 films, that will run you 10 galleons, 13 sickles, and 10 knuts. 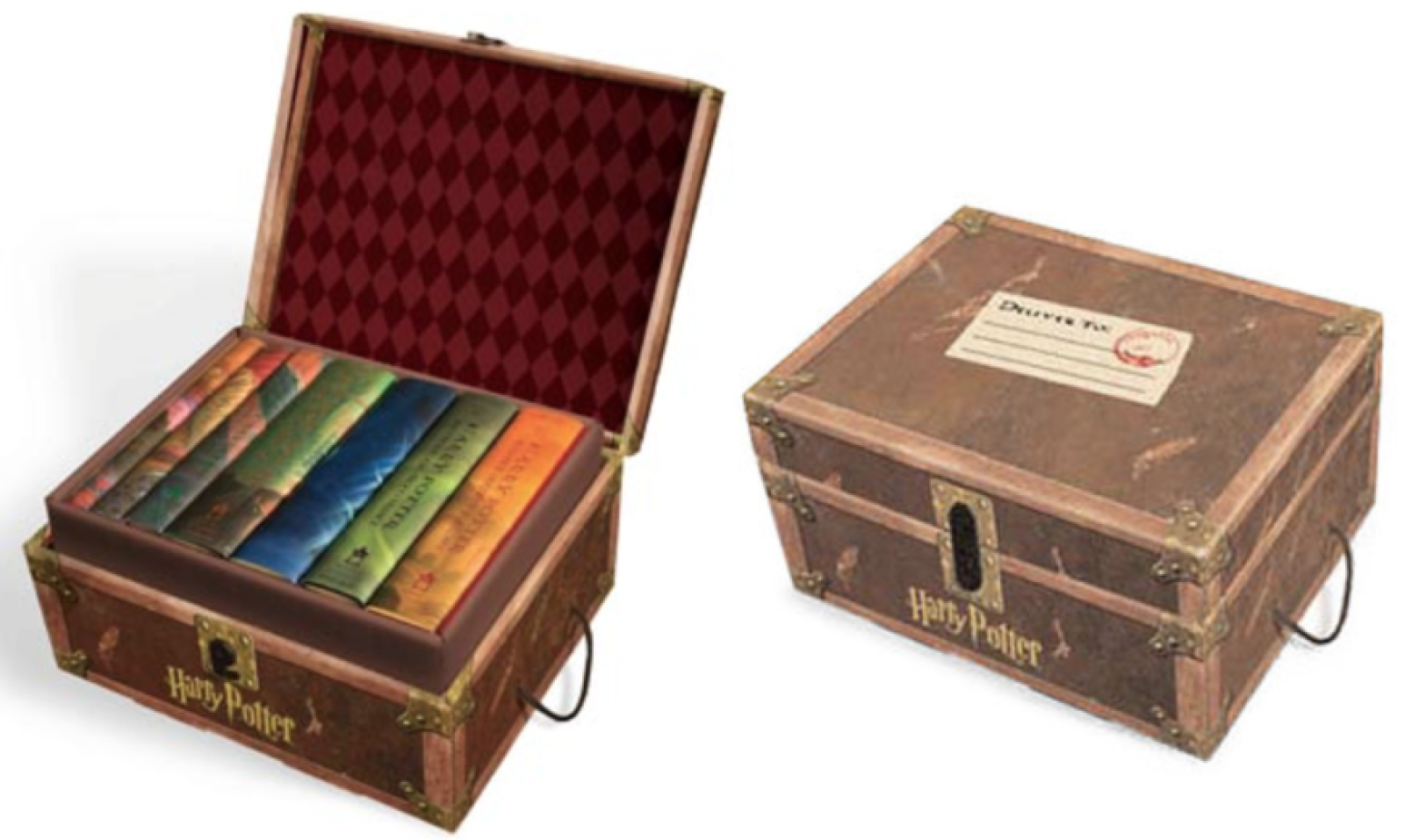 And the Noble Collection’s version of Hermione’s Time Turner? That’s a steal at 2 galleons, 6 sickles. Of course, the muggle version doesn’t transport people through time so they can save hippogriffs and godfather’s so…

If you want the full wizarding experience, you might have enjoyed the Harry Potter LARP held in Czocha, Poland last year. The LARPers stayed in a castle, meals and robes were included, and everyone got to have a magical experience. For about $203.20 (converted from £140), which is 8 galleons, 2 sickles, and 4 knuts; this experience was quite a steal! Of course, it would have cost 60 galleons, 13 sickles, and 10 knuts for the airfare from my hometown, plus the cost of transportation to the actual castle, so maybe it’s good I didn’t know about this event until after the fact? Am I alone in hoping the UN will approve wizarding money as a legitimate form of currency? I want to start caring around a money pouch with galleons. Who’s with me? What would you want to buy with wizard money? Let us know in the comments!