We should’ve seen it coming.

The clues were all there, if you knew where to look—but this is Watchmen after all, and nothing is ever what it seems. So when the tail end of last week’s episode revealed that Dr. Manhattan was not just hiding in Tulsa but in plain sight under the guise of Angela (Regina King)’s husband Cal Abar (Yahya Abdul-Mateen II), it was by far the most jaw-dropping moment we’ve experienced so far on this show. We needed to know more and thankfully, this week’s installment “A God Walks Into A Bar” didn’t disappoint, giving us the full backstory of how Dr. Manhattan met Angela, how Cal and his “mysterious accident” came to be, and how the Abar family got from Vietnam to Tulsa to now.

In other words, with just one episode, Watchmen became not just a comic book story, but a love story. And that’s something that the blue man himself very much appreciated. 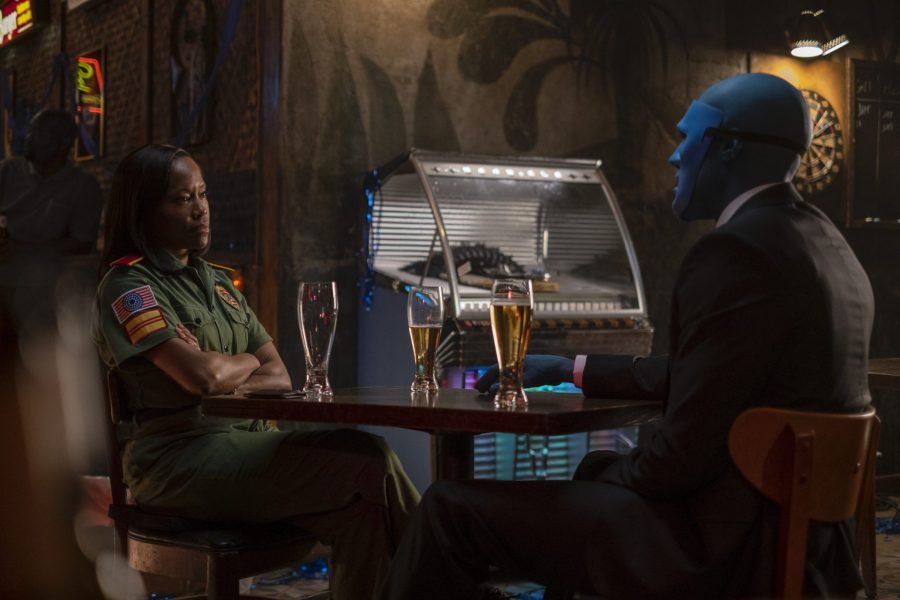 Just like the show turning its head on its audience more than halfway down the line, Abdul-Mateen II went into his audition as “Calvin Abraham,” unaware that his story was going to change down the road. “I did know he had a mysterious background with an accident, but I knew the guy everyone else knew—that he was a patient, loving father, a stay-at-home husband, and I really went into it constructing that character,” he revealed. “And then Damon said he wanted to have a conversation about Cal’s backstory and where we would go with the character, and I assumed we’d be talking about the mysterious accident. And that’s when I learned that I was really playing Dr. Manhattan.” 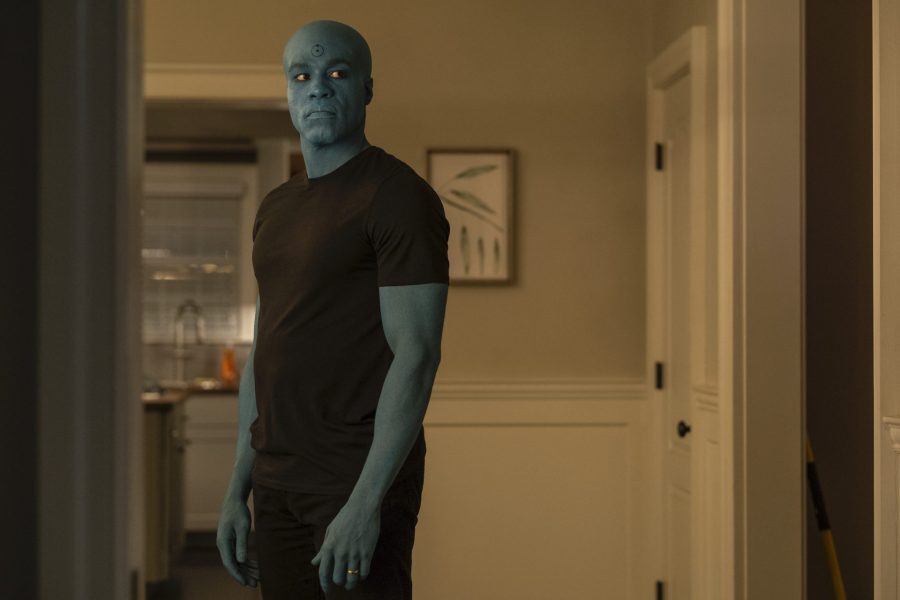 It’s the type of news that anyone would freak out over hearing and Abdul-Mateen II—already a comic book aficionado thanks to his work on Aquaman—was no exception. “I’m sitting on the couch and Damon said, ‘so basically, Cal is Dr. Manhattan’ and I was kind of cool on the outside—’oh wow, that’s amazing!’—but on the inside, I was going crazy. Running around the room, tearing the room up…. I can’t tell what my eyes did in that moment but I was very very excited, and then I said “okay, I gotta get in shape, I gotta get in shape,” he added with a laugh.

Knowing that he was playing one of the most famous comic book characters of all time didn’t actually have much of an impact on the actor, however, largely because of the way Watchmen‘s storyline was constructed. “I had already made some choices about Cal, had already settled on the person that Cal was,” Abdul-Mateen II explained. “Look, Cal doesn’t know he’s Dr. Manhattan, so I’m not going to interrupt my process. Cal doesn’t need those problems and the story doesn’t need me to do that, so I just really stuck very close to the writing and really stayed on the lines and it allowed me to differentiate myself when it came to episode eight.”

“A God Walks Into A Bar” ends with Dr. Manhattan accepting the death that he’s always known would come to him—after all, you can’t change the future when you’ve already seen it. “In that episode, he says that it ends in tragedy. And Dr. Manhattan doesn’t really seem to be a guy who is willing to—I’m not sure if he’s able to—but he doesn’t seem like a guy who’s willing to change the state of the future,” said Abdul-Mateen II. “He puts himself in between Angela and the gun because that’s what happens.” The final moments are also another instance of how Watchmen‘s eighth episode elevates the plot by putting focus on a love story. 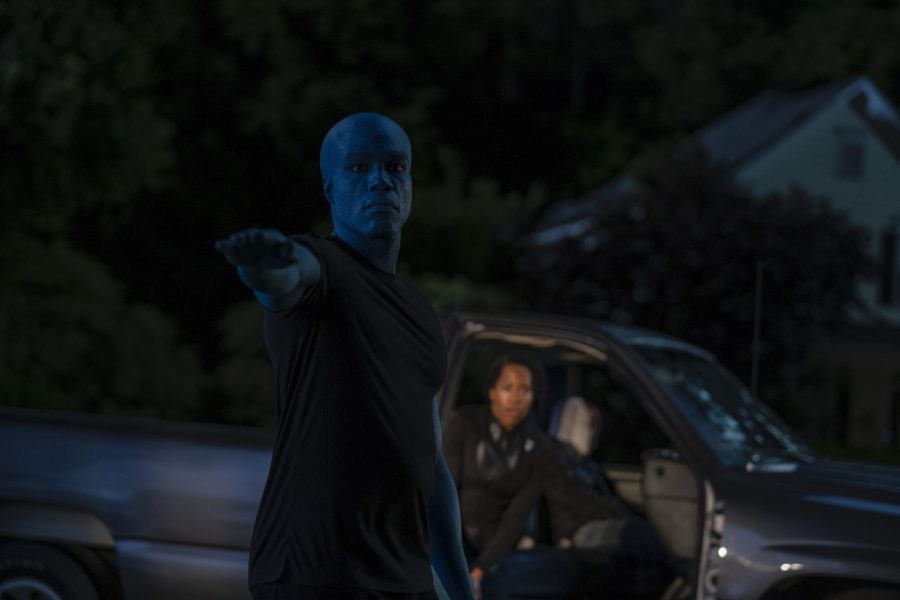 “We’re dealing with a love complex between two very strong characters: Dr. Manhattan and Angela. And Angela’s a figure who can only receive so much love, who historically it hasn’t been safe for her to receive love or to get close to someone, and so that’s what I think is the really brilliant part of this,” Abdul-Mateen II said. “Episode eight brings you in closer and allows you to feel something different. A lot of the tension is rooted in love. What’s going to happen with these two characters? That was something that I really appreciated about the direction of the story and the episode.”

To say the actor is having a heck of a year would be an understatement. He’ll return to the superhero stage and reprise his role as Manta alongside Jason Momoa in Aquaman 2 and then there’s his role in the fourth installment of The Matrix, both arriving in 2022. But while we know we can look forward to the actor’s presence on the big screen for the next few years, we still need to know: will we see Cal or Dr. Manhattan again before Watchmen ends its first (and possibly only) season next week?

“You find the answers to that in episode nine,” is all Abdul-Mateen II could tease to me. “I hope so!”