What Happened to Silk Spectre and Nite Owl after the Squid? - Nerdist

What Happened to Silk Spectre and Nite Owl after the Squid?

At the end of Watchmen, Dr. Manhattan left the galaxy, leaving only two people on Earth who knew Ozymandias had sent the “alien” squid to New York City—Nite Owl II and Silk Spectre II. The masked vigilantes Dan Dreiberg and Laurie Juspeczyk had agreed to maintain the lie rather than threaten world peace. The new couple, now fugitives, adopted new identities and went into hiding together as Sam and Sandra Hollis. They planned to continue “adventuring” though. Now, thanks to HBO’s new sequel series, we know they are no longer together, having taken two very different paths. One is a respected FBI agent, while the other sits silently in a cell. While each continues to serve the public in their own way, how and why they split apart could tell us about the possibility of Adrian Veidt’s lie becoming public.

Jean Smart plays the former hero Silk Spectre on HBO’s Watchmen, though she now goes by the name Laurie Blake. She learned at the end of the graphic novel the Comedian, Eddie Blake, was her father, and since then has taken his name as her own. We don’t know exactly why yet. Is it an homage born out of love? A way to remind herself of the painful complexities of life? Maybe it was a practical decision, because while the Comedian was a detestable human, he was also a respected government employee. There are much worse names for an FBI agent to have than Blake.

What we do know is that in her final moments in the comic, she said she wanted a “better costume” that protected her, “maybe something leather” with a mask over her face, and “also maybe” a gun. The Comedian underwent the exact same transformation during his vigilante career. And just like Eddie Blake, Laurie now works for the government in an official capacity.

But while her new name and job tell us a lot about her, it doesn’t reveal what happened to Night Owl. Fortunately HBO’s companion website “ Peteypedia” includes some information on what happened to him in the last three decades. A memo titled “ Rorschach’s Journal,” which outlines how the missing vigilante became the hero of far right terrorists, also includes information on both Laurie Blake and Dan Dreiberg. In 1995, the pair were arrested for violating the Keene Act, which had outlawed masked vigilantism in 1977. The pair had also helped Rorschach escape from jail in October 1985, days before the squid appeared in New York City. Her crimes were forgiven though. She has since become an FBI agent, one the memo writer goes to great pains to show absolute respect to. And everyone knows who she was before. 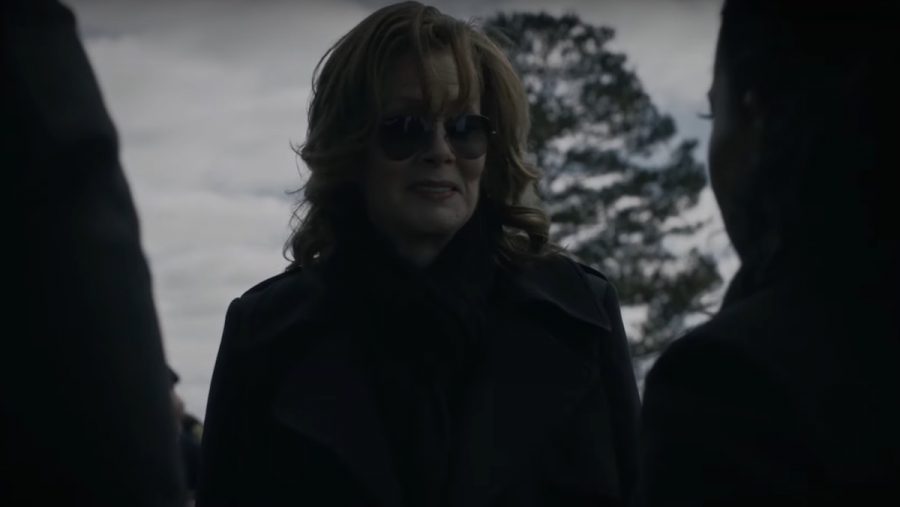 Meanwhile, Dan Dreiberg has been in jail for the last 24 years, where he hasn’t said anything about what really happened in 1985. The memo notes, “Dreiberg, now in federal custody, has steadfastly refused to speak to the Bureau about ‘Rorschach’s Journal,’ or anything, for that matter.”

After a decade on the lam together, the couple, both fugitives, were arrested in 1995. She became an important and powerful FBI agent while he was jailed for those very same crimes. How and why did this happen? Did Laurie play ball with the government in exchange for both her freedom and the ability to serve like her father before her? If so, what did she have to barter? Maybe it was Dan’s technology, which is why the Tulsa police has their own fleet of Archie flying machines. Or did she barter with the truth? The government is pushing for the reintroduction of technology now that it is positive it was not responsible for the giant squid (even as bay squids continue to rain down).

Did Laurie tell high ranking officials about Ozymandias’s lie, and in their desperation for it not to get out gave Silk Spectre her freedom in exchange for her continued silence? 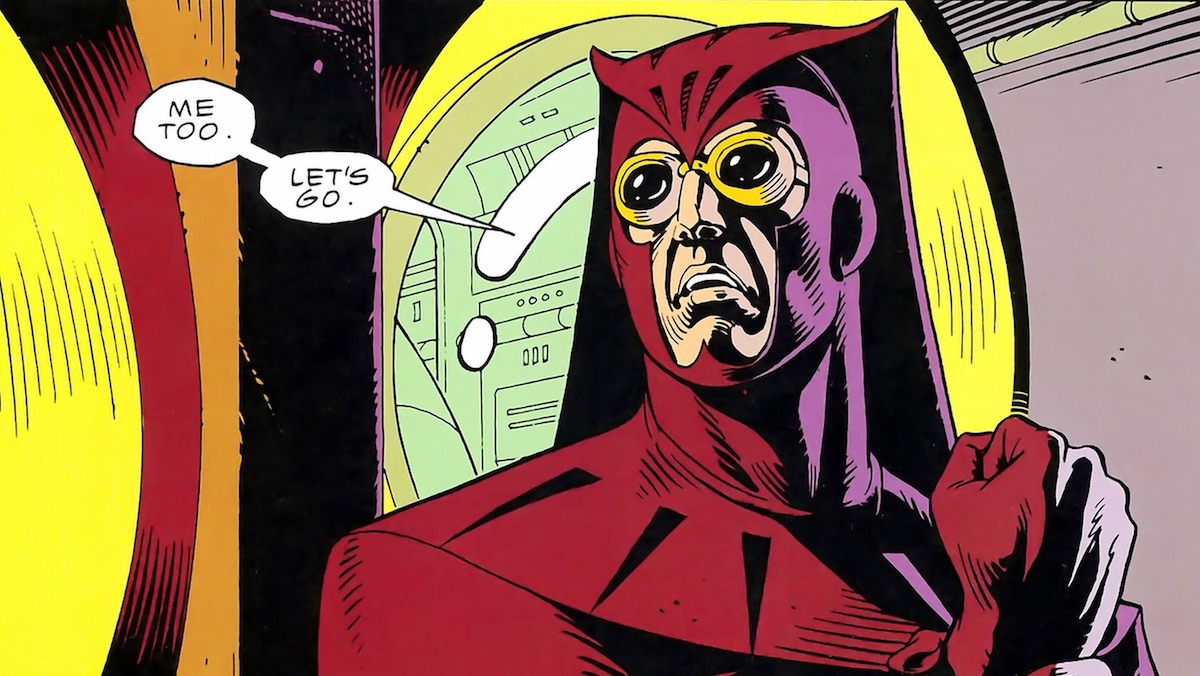 If so, what happened with her and Dan that his freedom wasn’t on the table? Did she want him to go to jail? Did things end poorly between them? It is even possible she betrayed him?

Maybe it’s far more simple; and he is so committed to keeping the greatest secret in the world he decided a cell was the best place for him. It also keeps him safe from Rorschach’s followers who want to know the truth about the squid and believe Dan Dreiberg is the only person who can reveal it.

Whatever happened between Dan and Laurie, both Night Owl and Silk Spectre are still serving the common good in their own ways. The more important question is whether at least a third person on the planet knows about what Adrian Veidt really did.