Why Dr. Manhattan Will Transfer His Powers on WATCHMEN - Nerdist

Why Dr. Manhattan Will Transfer His Powers on WATCHMEN

Watchmen‘s eighth episode was a stunning hour of television, one that beautifully complemented the original comic. The story of Jon Osterman’s life got a moving and likely final chapter, as his tragic tale seems ready to come to an end after emerging from his tunnel of love. But even though Dr. Manhattan appears on the verge of death, his powers aren’t going to die with him. He’s going to transfer them to someone else. That is, if he hasn’t already.

Dr. Manhattan’s awful “power” of experiencing all time simultaneously is how he knew he would only get ten years with Angela. He doesn’t merely know the future, his future is happening to him at the same time as his past and present. Since it is already happening, there’s nothing he can do to change it either. But that doesn’t make him a victim of fate.

As Angela readied herself to save him, Dr. Manhattan realized the answer to the question of what came first, the chicken or the egg? “The answer appears to be both, at exactly the same time,” he said. That’s how his life works, too. But while he can’t “change” his future, it’s not pre-written in the stars. He writes his own future. He’s “destined” for a specific path because his actions bring him to it. Unlike us mortals, he’s burdened by the knowledge of it. 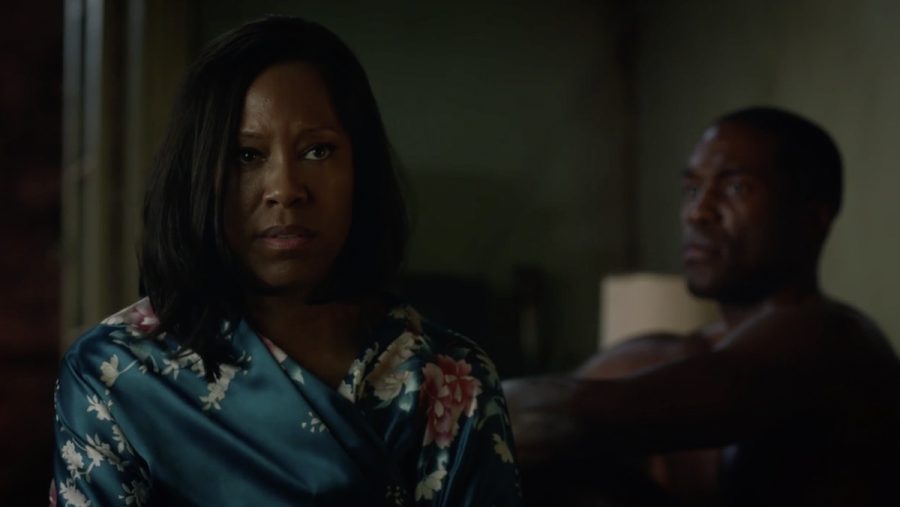 It was only fitting Angela asked Dr. Manhattan during their first meeting if this was some “Zeus” thing, because his answer to the question of “fate versus freewill” hearkens back to the Ancient Greeks. Throughout Greek tragedy, characters like Oedipus fulfill prophecies told about them before their birth, and yet their lives were not controlled by fate. Just like Manhattan who knows the future, the soothsayers simply foresaw the future Oedipus would create for himself. The universe doesn’t conspire against us, it conspires with us.

Manhattan’s revelation isn’t just philosophical though. It tells us—and Angela—what we might expect for his final act. 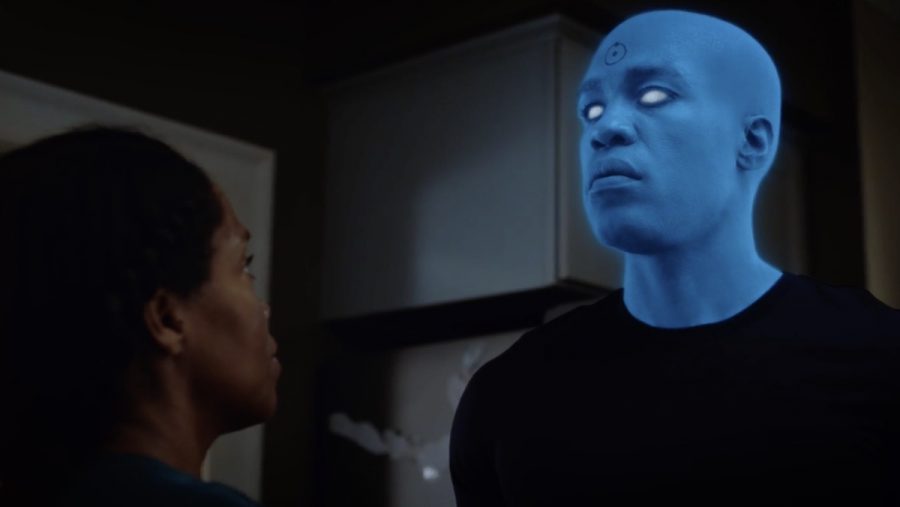 During their first meeting at that Vietnam bar, Dr. Manhattan told his future wife, “I would never pass my abilities on to someone without their consent.” No one had ever heard him say anything like that before, so Angela asked if he really could give someone his powers. “I suppose I could transfer my atomic components into some sort of organic material. If someone were to consume it they would inherit my powers.”

“So you can put them in this egg,” she said, holding the one he had just created from thin air, “And if I ate it I could walk on water?”

She didn’t eat that egg, but it did give birth to monumental possibility for Watchmen‘s season finale. Dr. Manhattan says he can create another god-like figure, and that’s exactly what he might do as part of his grand plan to defeat the Seventh Kavalry. He might have already done that already. 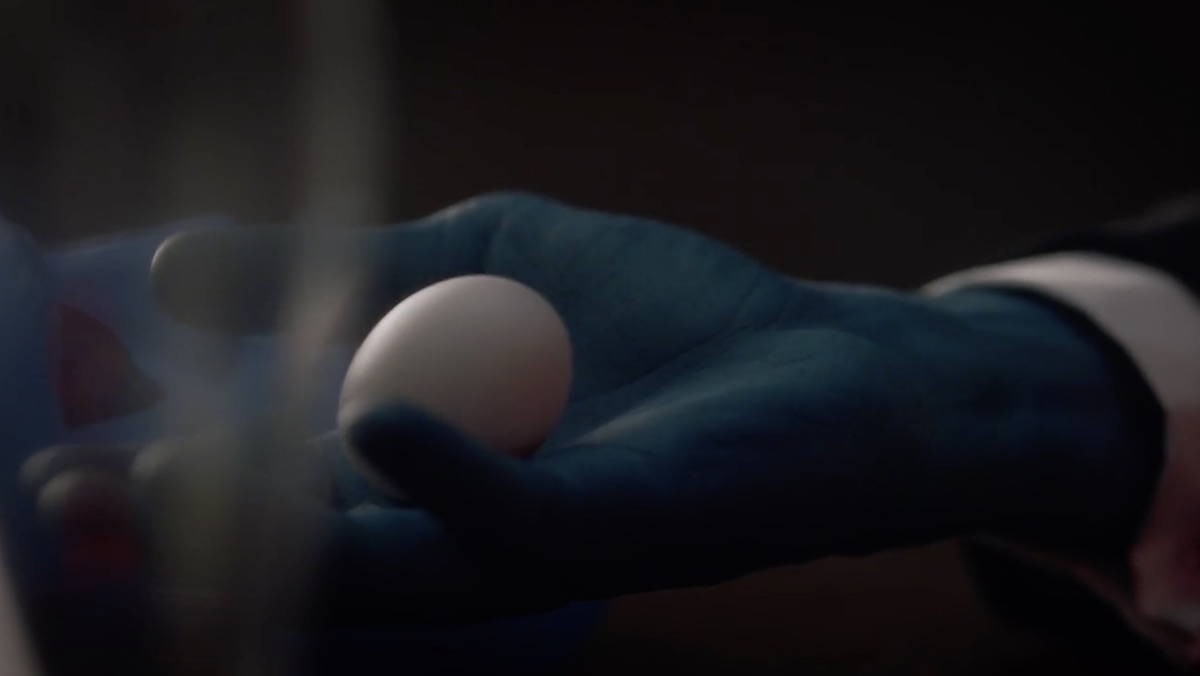 The last thing Dr. Manhattan needed to do before having his memory erased was meet with Will Reeves. “Cal” said he was worried about Angela, who was desperate to have a family of her own. During that meeting though Dr. Manhattan also gave us a glimpse into his plans for 2019.

He told Will, “The future is uncertain and my ability to influence events is limited. In order to ensure an optimal outcome I would like to form an alliance.” Dr. Manhattan knew the Seventh Kavalry would use their tachyonic cannon to transport and ultimately destroy him (because for him they already had). Yet he didn’t use his powers to turn that cannon into water or teleport it to another planet when he had the chance. We don’t know why he didn’t yet, but his meeting with Will indicates he does have a plan to make sure the white terrorist group doesn’t acquire his powers.

Dr. Manhattan said his ability to influence events is “limited.” That implies he has some control. He wouldn’t leave his African American wife behind to live in a world run by a white racist deity. Dr. Manhattan would make sure his powers went to someone else first. That person could end up being Angela herself. Or maybe it will be Lady Trieu, whose desire to save the world from those same white nationalists would align with Dr. Manhattan’s wishes. (Though maybe he shouldn’t trust a Vietnamese woman who hates him as much as she does.)

But could Manhattan transfer his powers after his capture? He said he “would never pass my abilities on to someone without their consent,” but when will he have time to ask someone for consent while the Kavalry has him imprisoned? That’s why he might have done it before, when he transferred his powers to Will.

The former Hooded Justice, the first superhero ever, is 105 years old, yet he has the build and strength of someone half his age. He also seems impervious to heat. He drinks piping hot coffee like iced tea and he pulls eggs ( always with the eggs) out of boiling water with his barehands. It’s almost like he has superpowers himself. 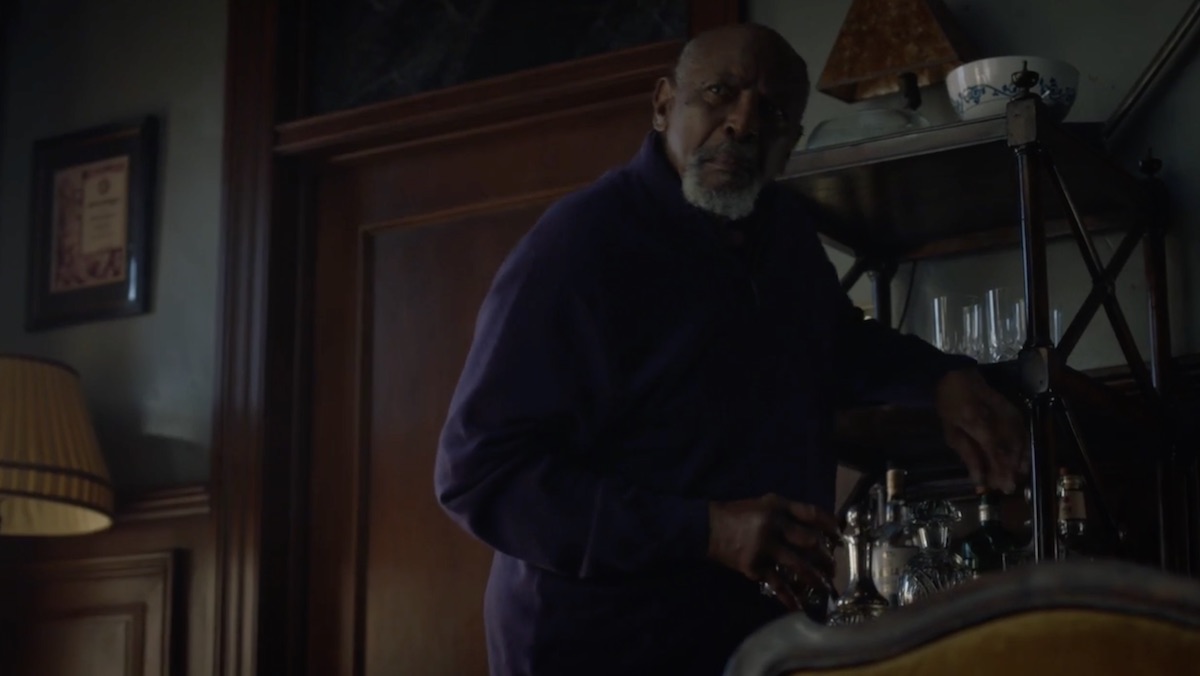 Dr. Manhattan could have asked for Will’s consent to give him his powers in 2009. If he accepted them, that would explain why Manhattan sent his kids to be with their grandfather. Who better to protect them than someone with god-like powers? It would also explain how Will learned about the Klan robe in Judd Crawford’s closet and the vast and insidious conspiracy Cyclops is still engaged in. He could teleport himself anywhere and see anything. And it would also explain everything Dr. Manhattan did in his final moments with Angela.

Angela asked “Cal” why he didn’t mention the Seventh Kavalry was already outside. He said, “There were more important matters to discuss.” That involved him making waffles (which, with this show, means we can’t rule out a giant waffle being dropped on Tulsa), and it involved him walking on water. 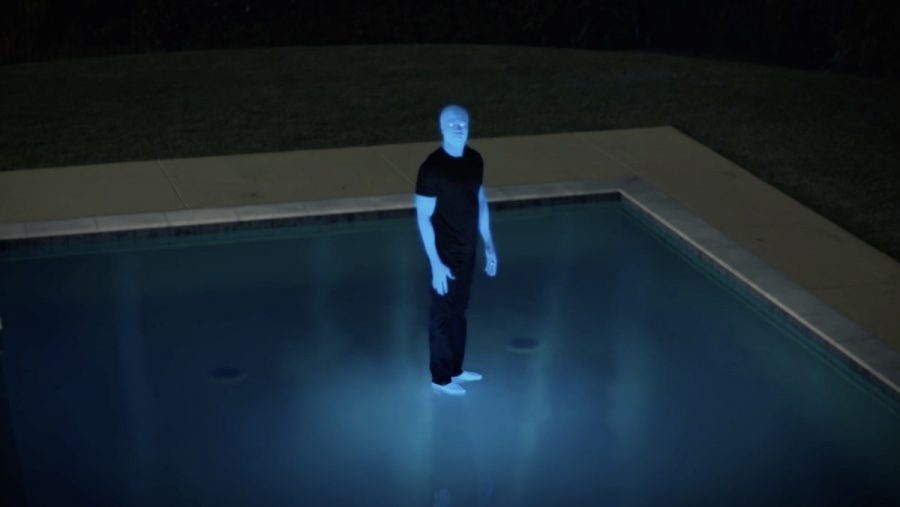 Or maybe he made waffles because he knew she’d break those specific eggs, and not a different egg he left sitting in the fridge, one that contains his powers. With Watchmen, any possibility is in play, because no theory is too crazy.

One idea isn’t crazy, though. Even if Dr. Manhattan is going to die, his powers will live on.