The Tragedy of Wanda's Unlimited Power on WANDAVISION - Nerdist

The Tragedy of Wanda’s Unlimited Power on WANDAVISION

Wanda Maximoff is so powerful that she’s almost a god. She can reshape matter, move things with her mind, enslave others merely by thought, and lord over a reality she created. But she’s not truly a god. Despite her abilities, Wanda is still human. And like she told her twin boys, “there are rules in life” we are all bound by. Therein lies the true tragedy of WandaVision. She can almost do the one thing every person drowning in grief wishes they could: make it so that you never have to say goodbye to your loved ones. 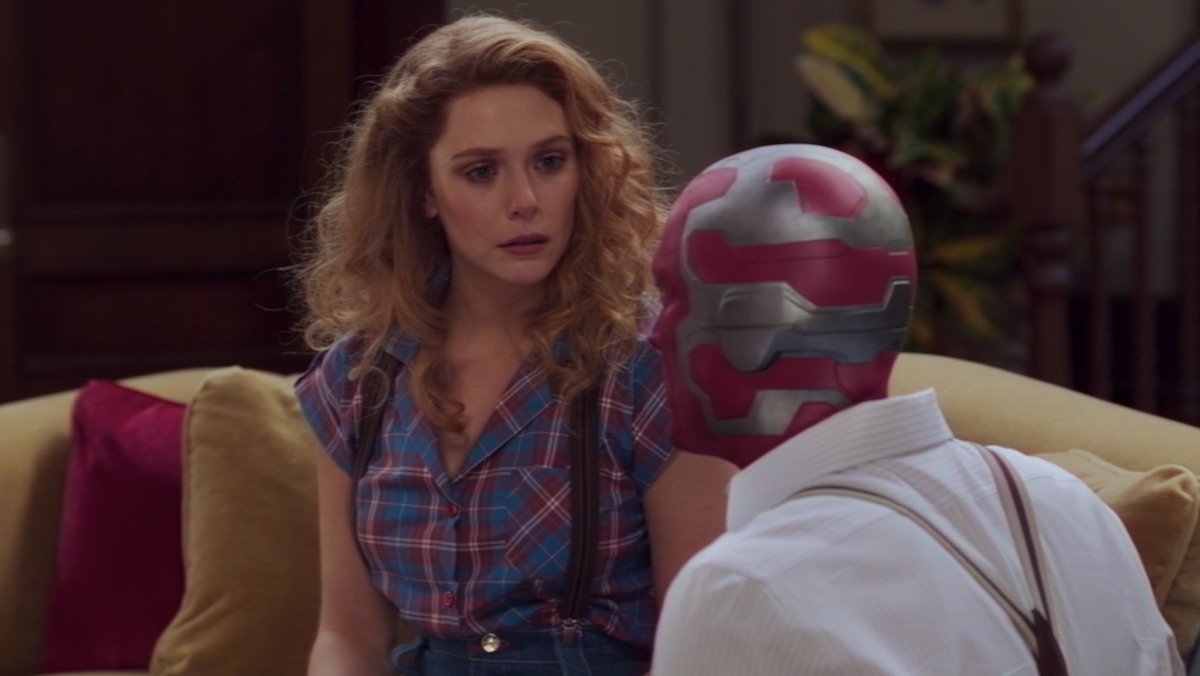 Ultimately, what Wanda is doing with her sitcom life is trying to cheat death—by bringing back Vision, the future that was taken from them, and now maybe also her brother Pietro. It’s hard to blame her. What would you be willing to give up for the chance to hug your grandparents or parents again? Or to spend another Christmas morning with your brother or sister you miss so much?

The mere idea of never losing anyone, let alone bringing them back, is so tempting it’s scary to think what one might do to have that kind of power. Wanda didn’t have to do anything to earn that chance; her problem was that she already had that ability. Using it was a simply choice between accepting a waking nightmare or living in a wonderful dream.

It’s no surprise that her choice has turned her into a villain. There’s a reason cheating death is a common trope among famous villains, like Palpatine and Voldemort. No matter how much power one has, death is unavoidable. It’s the only true rule of life. To try and cheat death is to try and cheat life itself. Voldemort was willing to kill millions in his quest to conquer death. Palpatine did just that in his own attempt, because all power requires sacrifices. The greater the power, the greater the sacrifices; and there’s no greater power one can try and attain than that of a god. 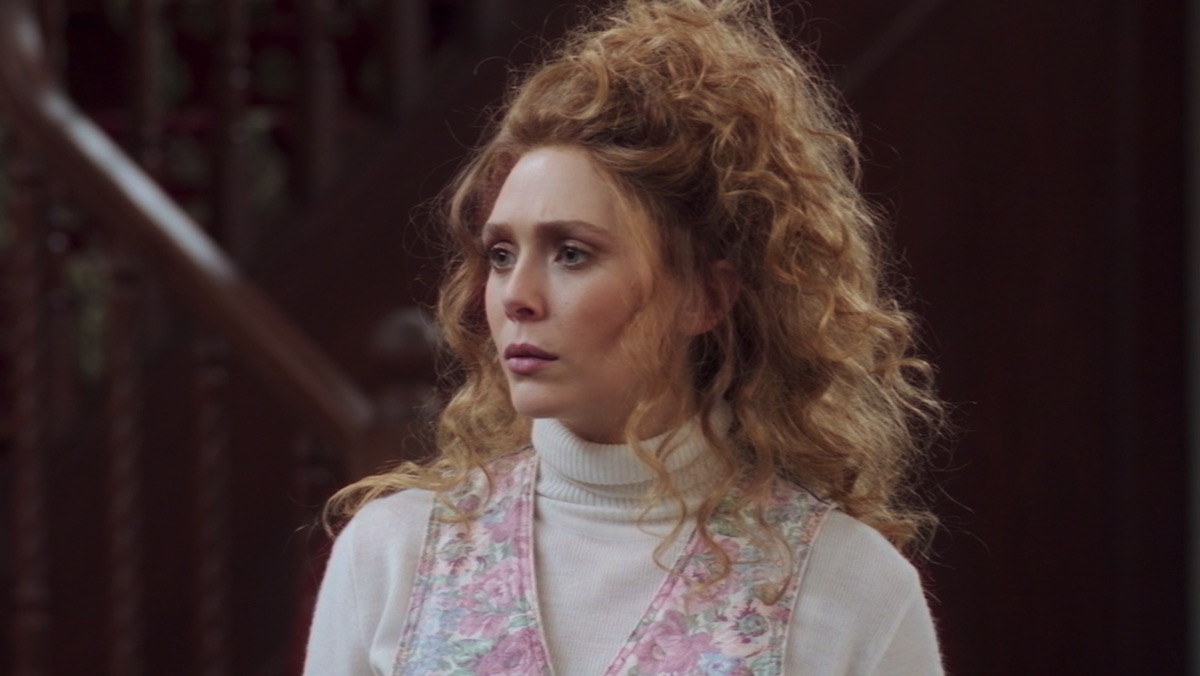 The otherwise kind and giving Wanda’s own pursuit has led her to imprison thousands of innocent souls. All so she can avoid facing the horrible pain of her life. They are a sacrifice to her shadow of happiness.

What makes Wanda even more dangerous is how close she is to possessing this power. Wanda has brought Vision back to life, in some form. He’s really there, loving, laughing, being scared, being angry, and gaining sentience and free will. However, he’s also emblematic of her limitations. He’s not the same creature Thanos killed; this Vision has no memory of who he is or the life he led before. Wanda didn’t actually defeat death. This Vision is a copy. She used his actual corpse, like a wardrobe on a set. But she recast another being in the role. Just like she now seems to be doing with her dead brother. 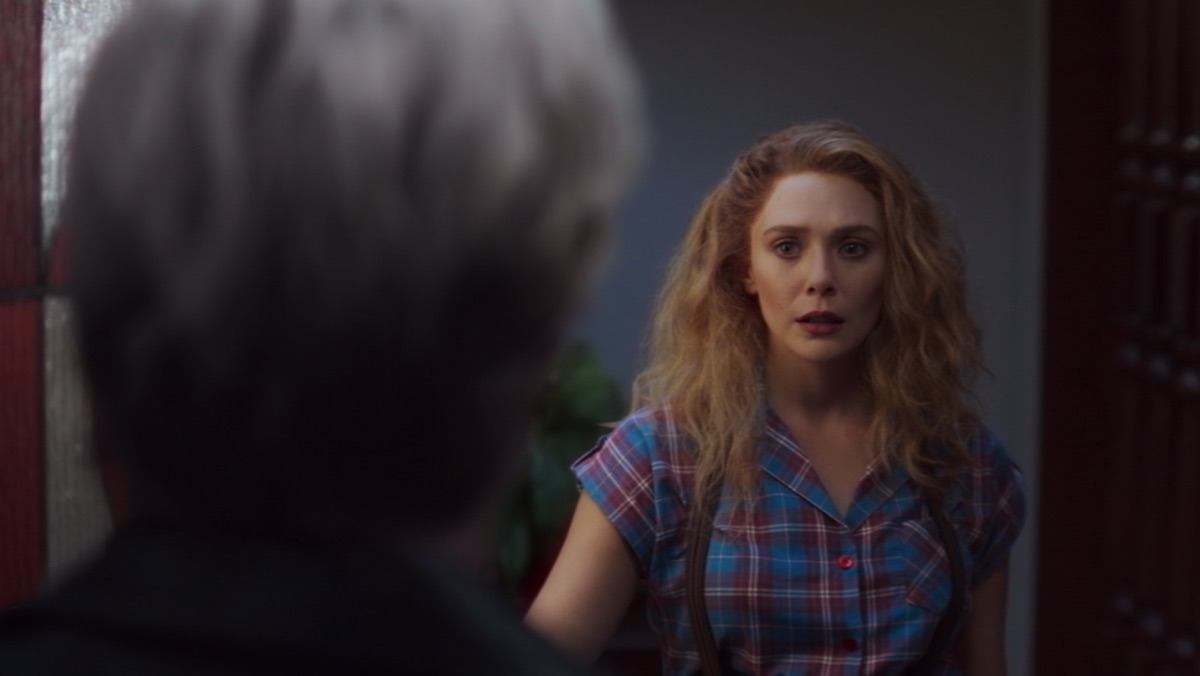 But we can still sympathize with Wanda. She isn’t trying to cheat her own death, but that of the ones she’s loved. It’s a small but meaningful difference, like there often is between the best heroes and the best villains. And that difference might be all that’s keeping her soul from complete corruption. Not losing herself entirely in her sitcoms might be the key to saving more than just the people of Westview.

Monica Rambeau was right. Wanda still knows, deep in her broken heart, that all of this is wrong. “The urge to run from this feeling is powerful. I know,” she told her sons, even while she herself is running away from those very same feelings. She loves them and refuses to lie to them—there is no life without death, as much as she yearns to change that indisputable rule.

That’s the real tragedy of her incredible powers. They are enough to tempt the good Wanda to do a horrible thing, just like they would most of us if we thought we had the power to destroy grief forever. But because she can’t, Wanda understands this sitcom world of no-stakes and happy endings isn’t real. “We can’t reverse death, no matter how sad it makes us,” she said. “Some things are forever.” 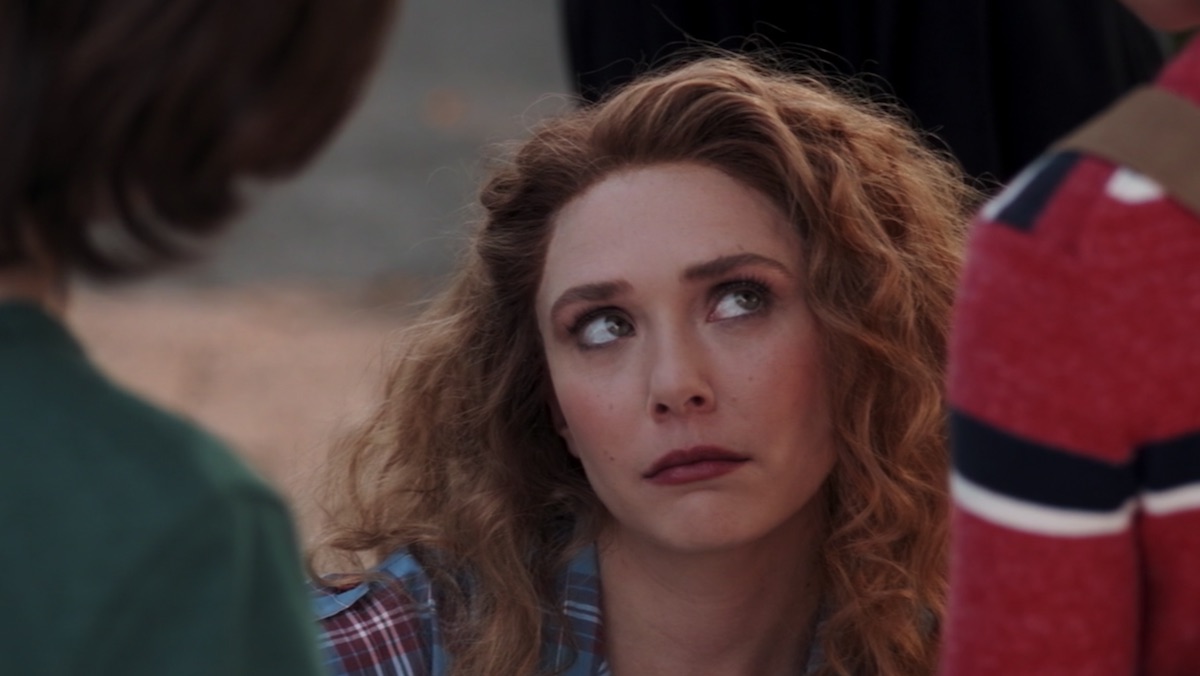 We understand why Wanda is doing all of this. She wants to avoid the unimaginable pain of her life. Of Lagos, Hydra, Sokovia, Vision, and Pietro. But in doing so she’s causing so much suffering for others. She’s robbing them, and herself, a chance to live. She didn’t bring them to a safe shore. Wanda pulled all of these people into the waters of grief with her. And none of them will survive until she accepts that and starts to swim back to reality. Which is why her sitcom world is all falling apart. Her conscience is waging war with her desire to have her loved ones back.

For all her powers, Wanda knows she can’t really cheat death or even run away from it. This is all just a dream. And all dreams have to end.