WandaVision is filled with Easter eggs and cheeky references. While we are usually theorizing about what they could mean, episode four had a fun MCU nod. And it was one of the most direct so far. As Monica arrives at Westview to help investigate the FBI’s missing person case we meet Jimmy Woo once again. And he pays a lovely little homage to his character’s journey in Ant-Man and the Wasp by doing a little sleight of hand magic trick.

In case you don’t remember the moment in that Marvel film, let us refresh your memory. Jimmy searches Scott Lang’s house to make sure Scott is following his house arrest. Then Scott shows Jimmy the lengths he’s gone to in order to keep himself and his daughter entertained. And that included  learning close up magic. While Jimmy might not believe Scott’s story, he found himself intrigued by just how Scott performed the little flourish. So sometime between then and Marvel Studios’ first TV show, Jimmy learned the secret. We were happy to see it.

Actor Randall Park was equally happy about it. And when we chatted with him about returning to the MCU in WandaVision he was eager to discuss the fun callback. “It was so cool!” Park shared. “I learned that maybe a couple of days before and I’d never done close up magic before. When I asked Scott in Ant-Man and the Wasp how he did it a part of me was genuinely curious how.” 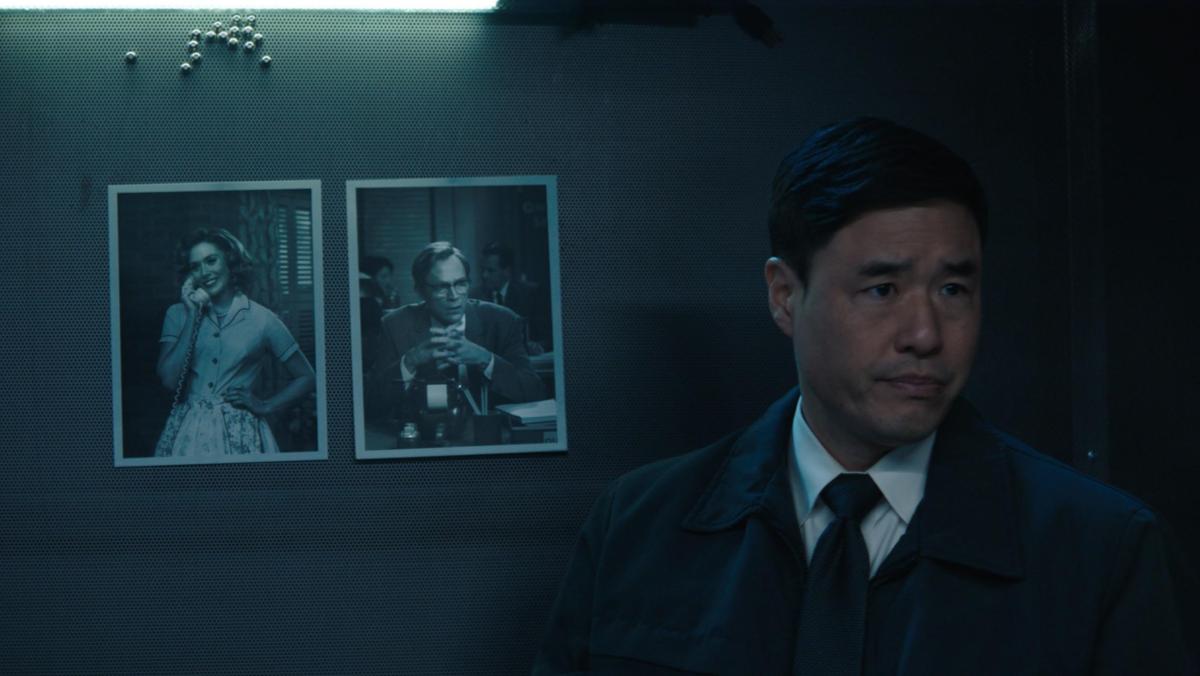 Park also shared a cool anecdote from filming the hilarious Ant-Man sequel. “I remember there was a magician on set, who was teaching Paul [Rudd] those tricks and he would do tricks for all of us,” Park recalled. “And I remember just thinking like, it would be so cool to learn that one day. And lo and behold, years later, for WandaVision I get to learn a card trick and I get to show it on TV.”