You Can Become a Walrus Detective and Help Climate Science - Nerdist

You Can Become a Walrus Detective and Help Climate Science

While it’s easy to feel helpless in the face of climate change, there’s plenty we can do to heal the planet. The World Wildlife Fund (WWF) and British Antarctic Survey (BAS), for example, have a new task for citizen scientists. They are asking citizens to become “walrus detectives.” In other words, to track the effects of climate change on walrus population sizes. From satellites in space.

Smithsonian Magazine reported on this new initiative from the WWF and BAS. The organizations have dubbed it the “Walrus from Space” research project. And the project is already up and active. The project hopes to attract 500,000 citizen scientists to help develop a census of walrus. Specifically, researchers are looking at the Atlantic walrus and walrus from the Laptev Sea. 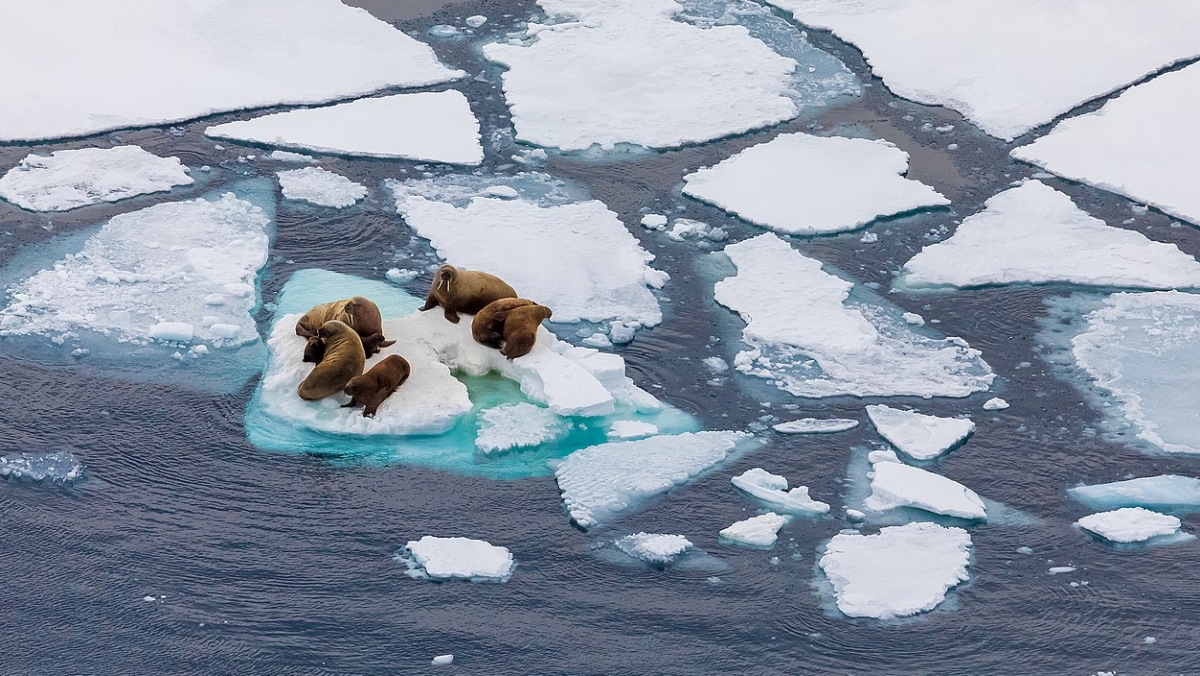 Walrus detectives who join the Walrus from Space project will use satellite imagery to track the creatures. Technology for the project comes from DigitalGlobe. DigitalGlobe is a subsidiary of Maxar. Maxar aims to help “governments and businesses monitor global change, deliver broadband communications.”  Additionally, it seeks to advance “Space Infrastructure and Earth Intelligence” capabilities.

“Walrus are facing the reality of the climate crisis: their Arctic home is warming almost three times faster than the rest of the world, and roughly 13% of summer sea ice is disappearing per decade,” the WWF notes in a press release. “In addition, walrus can also be disturbed by shipping traffic and industrial development as the loss of sea ice makes the Arctic more accessible.”

Scientists have difficulty tracking walrus from the ground as they live in extremely remote areas. They also spend much of their time on sea ice and move around frequently. Satellite images solve these problems as they survey vast swaths of coastline. These images, in turn, allow census-takers to count the number of individuals in each of the various walrus populations. Scanning for the walrus and counting them, however, requires a massive effort. Hence the project and walrus detective recruitment.

For those interested in becoming a walrus detective, you can begin your cosmic walrus journey here. A journey that may prove valuable as scientists study walrus populations and the effects of climate change on them. Just watch some cute walrus chilling on a beach for inspiration as to why you should help.