Wallace And Gromit Studio To Create A WWI Video Game With ’11-11: Memories Retold’

Even though I was born and raised in New York, my mother has always been a fan of British humor. Therefore, I grew up on a steady diet of Monty Python, Fawlty Towers, and Wallace and Gromit, which left me with a sense of humor that steers towards, crashes into, and awkwardly apologies to absurdism. While Monty Python and Fawlty Towers both went a little over my head sometimes (give me a break: I was eight), Wallace and Gromit was a claymation comedy series about a kooky man and his ever-patient dog, which was totally my speed. The episodes were as charming as they were funny, and I still adore them to this day. So, what does this have to do with video games?

Tell ya what, Gromit lad. Let’s have a nice hot cup o’ tea and I’ll tell ya, eh? 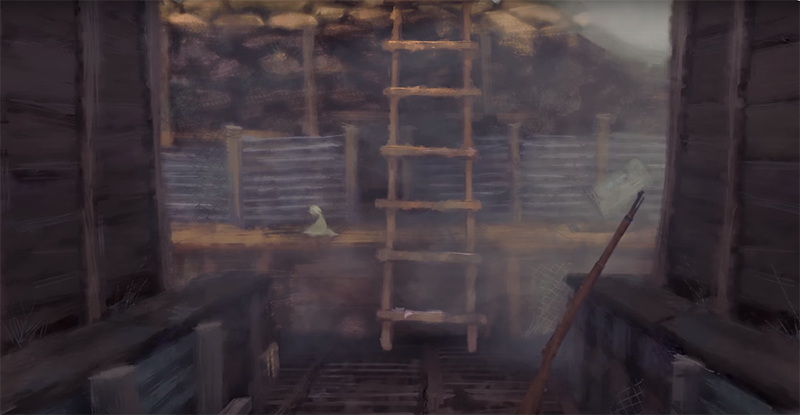 BANDAI NAMCO Entertainment Europe has announced they are working in collaboration with Aardman Animations (the creators of Wallace and Gromit) to create a video game with a unique painted-animation style which is hauntingly beautiful, and is a surprisingly perfect fit for the studio that brought me so many childhood giggles. Their new game, 11-11: Memories Retold, is set in World War I and follows the story of two soldiers. While plot details are still mostly unknown, the teaser trailer uses a chilling recitation of “In Flanders Fields” (a poem written by a Canadian physician during the First World War) and speaks to what will most likely be a troubled and touching story.

(Please note – the chickens below are troubled, but not particularly haunting.)

Such a heavy and serious theme might seem to be a far cry from the previously light-hearted works of Aardman Animations, but this isn’t their first World War rodeo. In 2000 the studio released their first feature-length movie, Chicken Run, which was a claymation film about a bunch of chickens trying to escape being made into pot pies (ok, maybe that is a little haunting if you think about it). Chicken Run is loosely based off of the 1963 WWII film, The Great Escape, and turns the bleak situation of prisoners of war into a riotously funny story of a group of chickens with a propensity for escape plans that rival anything Pinky and the Brain ever came up with.

So how does it seem this studio, so well-versed in poultry-based humor will create something with true gravity and substance, dealing with some of the most sober backdrops in human history?  From the trailer, I truly think their talents will be put to exceedingly good use.  The visuals alone are so evocative, one can’t help but get drawn in. 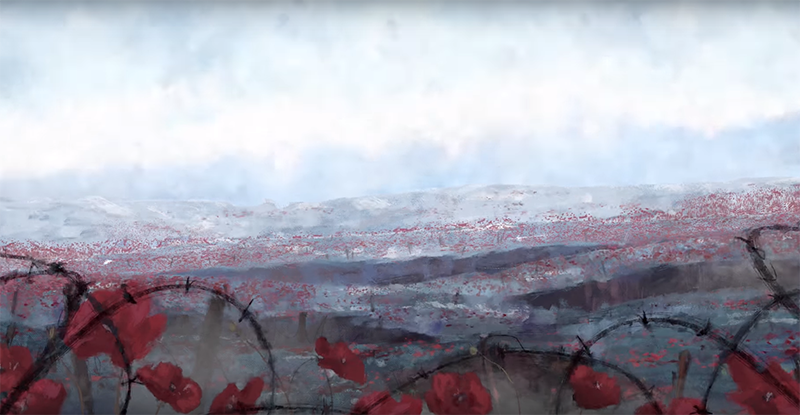 According to David Sproxton, Co-founder and Executive Chairman of Aardman, “Engaging audiences with compelling stories through animation is at the heart of what we do at Aardman. With this project, we want to produce an emotionally rich experience with a distinctive visual identity that reflects the sentiment of this narrative. 11-11: Memories Retold is truly an exciting step for us as it marks the first time that Aardman has collaborated on a game of this scale and we’re delighted to see this come to life.”

11-11: Memories Retold might not have the signature classic humor of Aardman Studios, but, having watched many of their works, I’m confident in their ability to tell amazing stories and from the teaser I’m already sure this game is going to be gorgeous. If you want to learn more about 11-11: Memories Retold visit the BANDAI NAMCO Entertainment Website or follow them on twitter @BandaiNamcoUK.