The Voices of MARVEL’S AVENGERS Preview Epic Story and Gameplay

Smash some concrete like the Hulk. Swing a hammer like Thor. Kick a bad guy like Black Widow. We all watch Marvel Studios films wishing we could suit up as our favorite heroes and thanks to Marvel’s Avengers, the highly-anticipated game from Marvel Entertainment, Square Enix, and Crystal Dynamics, we can.

Nerdist had a chance to preview the game during a private demo session at New York Comic Con, which involved cycling through all six playable characters (including the newly announced Kamala Khan) in order to get a hands-on feel for each of the heroes’ unique gameplay—what Crystal Dynamics’ Studio Head Scot Amos calls “a cinematic combat experience.” From an all-original story to new looks for these iconic heroes, the game gives fans a fresh look at characters we know and love. And when Nerdist sat down with the all-star voice cast—many of whom have been voicing these particular characters for years in different iterations—it was clear that resonated.

“I think that the story is really sophisticated, and it’s different than anything we’ve been able to explore in the past as these characters,” said Laura Bailey, who voices Black Widow. “Personally, I get to see aspects of Widow’s character that I had never been able to portray—that guilt and that grief she’s feeling after A-Day is heavy and it’s a really cool road to get to go down.” 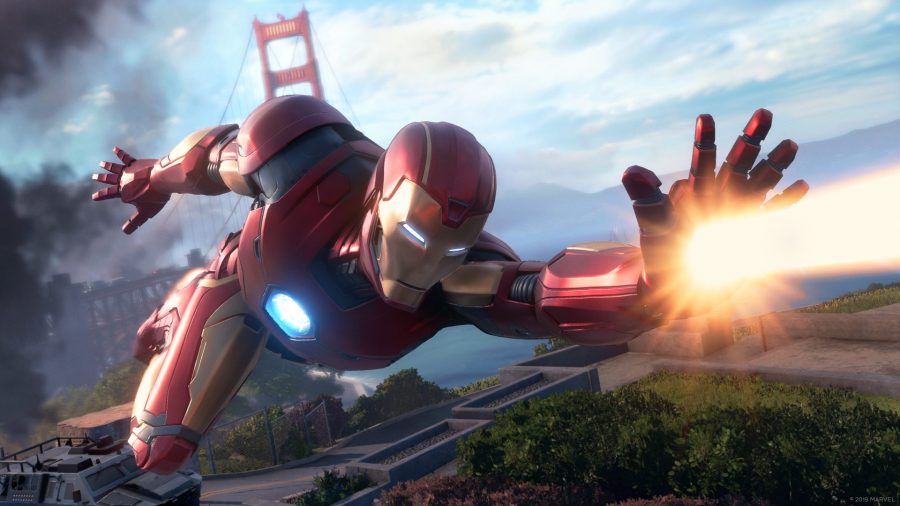 “Everyone knows these characters in one form or another, but the dynamic of these characters is so unique and so singular,” added Thor’s Travis Willingham. “For me in particular, I love that there’s this sort of competitive nature between Tony Stark and Thor—man and god, machine and mighty… but it’s just amazing to watch what each one of these talented actors brings to these characters. It informs how we think of the characters as well. I had an idea of who Thor was in certain situations, and going off of Nolan [North] or Troy [Baker] or Jeff [Schine] just changes things.”

Marvel’s Avengers begins after the events of A-Day, the Avengers’ celebration in San Fransisco. But the joyous occasion is cut short when Taskmaster (yes, the same Taskmaster who will appear as the titular villain in next year’s Black Widow film) shows up and tragedy strikes. Arguably one of the most exciting things about Marvel’s Avengers is that the world is narratively driven, from the interactions between the characters to their physical actions to how they evolve—something that parallels the long-time friendship between a group of actors who have made careers out of lending their talents to the gaming world.

“I think in the mo-cap stage, just getting out there and doing it, it becomes incredibly collaborative,” shared Nolan North, who voices Iron Man. “We’d written something like Tony has a snarky comment so we’d do it one way and add multiple takes, then we’d try to one up each other. We’d be like what’s another one?”

“That’s the beautiful thing about having been friends already,” noted Bailey. “A lot of the times when you’re starting work on a new project, you have to build that camaraderie to feel like it’s already been there. And for us it already has been. So it felt so natural, all of the jokes.” 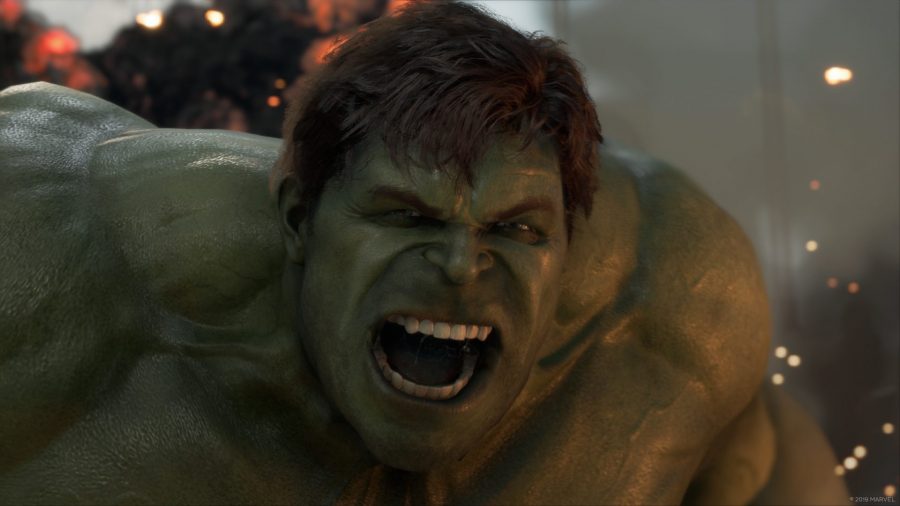 Each Avenger has their own special set of skills (and of course, their own special gear) that, according to Amos, players will be able to customize based on how they choose to advance through the game. Unlocking new “hero missions” allows you to advance even further and assemble a roster of heroes, which in turn gives the option of a co-op experience. It’s a smart way to bring fans closer to characters they already know and love, while also putting them in control of the narrative.

“The way that they do the demo is perfect because you cycle through but you come out great,” explained Troy Baker, who voices Bruce Banner. “You start off with Thor which is super fun, because it’s just beat ‘em up. Then you go to Iron Man, which is a fly-around, and then you go to Widow, which is the most strategic, tactile… you can kind of button mash your way up to that point. And then the game, through Taskmaster, kind of looks at you and goes everything you’ve been doing is not going to work and you really have to be careful. It’s a great way to narratively tutorialize the player, which you try to get away from because it doesn’t make sense—I’m going to teach you to do how to do the things you already know how to do.”

While only the beginning of the game was available to demo, we know the general path of the overall story. Following a five year time jump, superheroes are outlawed and the Avengers have disbanded, each dealing with the aftermath of A-Day in their own way. Bringing the team back together isn’t easy and it’s a job for Kamala Khan, aka Ms. Marvel, who receives her Inhuman powers after the events of A-Day.

Officially announced at the Marvel Games New York Comic Con panel, Kamala will bring her embiggening powers to Marvel’s Avengers in a unique way, as she ends up being the catalyst for the group to find their fight again. “My first day, we shot all the A-Day scenes where Kamala is meeting them for the first time, so it was the perfect parallel,” revealed Sandra Saad, who likened her experience of coming into the role of Kamala to the character’s own introduction into the superhero world. “And truly, looking up at Travis and hearing that voice is like… there is a definitely a parallel between Kamala’s relationship with the Avengers and my relationship with these guys.” 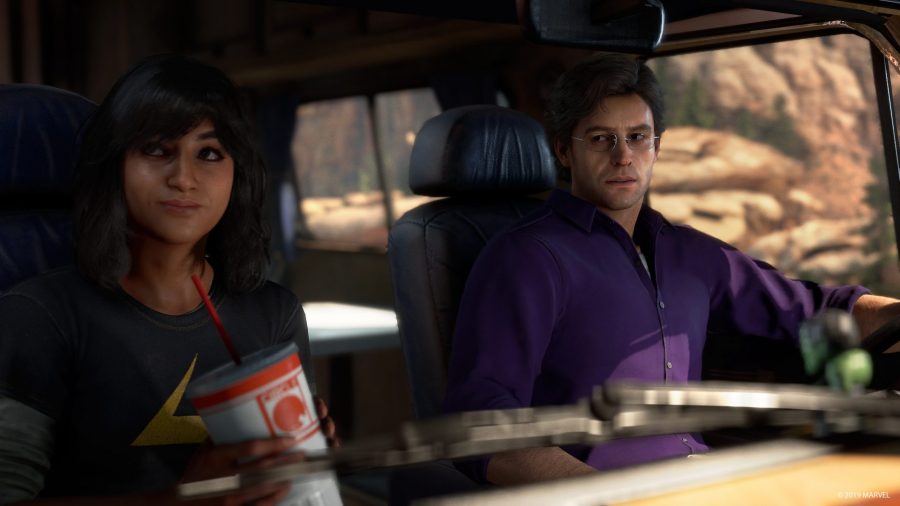 Since the game’s initial debut at E3 this summer, fans and critics have had the chance to familiarize themselves with the story and as the release date grows closer, the voice cast, along with the development team, are working hard to make sure fans have an immersive and exciting experience on the controllers.

“I really hope they get into the story,” said Jeff Schine, who voices Captain America. “Superpowers are great, but you can only smash somebody so many times before you care about why you’re doing that. So the narrative is really, really important. And then for me, at the end, what I hope they feel is unsatisfied. You know when you have something amazing and you’re satisfied for a second but because it was so good, you want it again? I think if people are left they want more, a little unsatisfied, like I want more of that then we’ve really hit a good thing.”