After the worldwide success of Avengers: Endgame–and, you know, the 21 movies that came before–the desire for a proper Avengers video game is high. Who wouldn’t want to suit up as one of Earth’s Mightiest Heroes and take on some world-shattering villainy? Luckily, fans got a taste of just such an endeavor during Square Enix’s showcase at E3 2019. The game, from Crystal Dynamics and Marvel Games, is set in its own Marvel universe distinct from the Marvel Cinematic Universe, with its own version of the powerful good guys.

The game begins on A-Day, San Francisco’s celebration of the Avengers’ new West Coast base. Unfortunately, the festivities aren’t what everyone hoped. Villains steal new technology, people die, and the government outlaws the Avengers. And since they’re on the outs, they disband. Five years later, the Avengers have to reassemble to fight back against evil. Do they have to put their fractious relationships right in the process? Probably! True blue Avengers stuff.

As Marvel’s Avengers exists in its own separate continuity, you won’t see Chris Hemsworth or hear Mark Ruffalo’s voice. A whole new roster of some of the gaming industry’s most popular voice actors has assembled to bring the characters to life. Nolan North is Iron Man; Troy Baker is Bruce Banner; Travis Willingham is Thor; Laura Bailey is Black Widow; and Jeff Schine is Captain America. It’s honestly weird to hear a different voice come out of a familiar face that isn’t an MCU actor, but North as Tony Stark truly is something we’re happy to get used to. 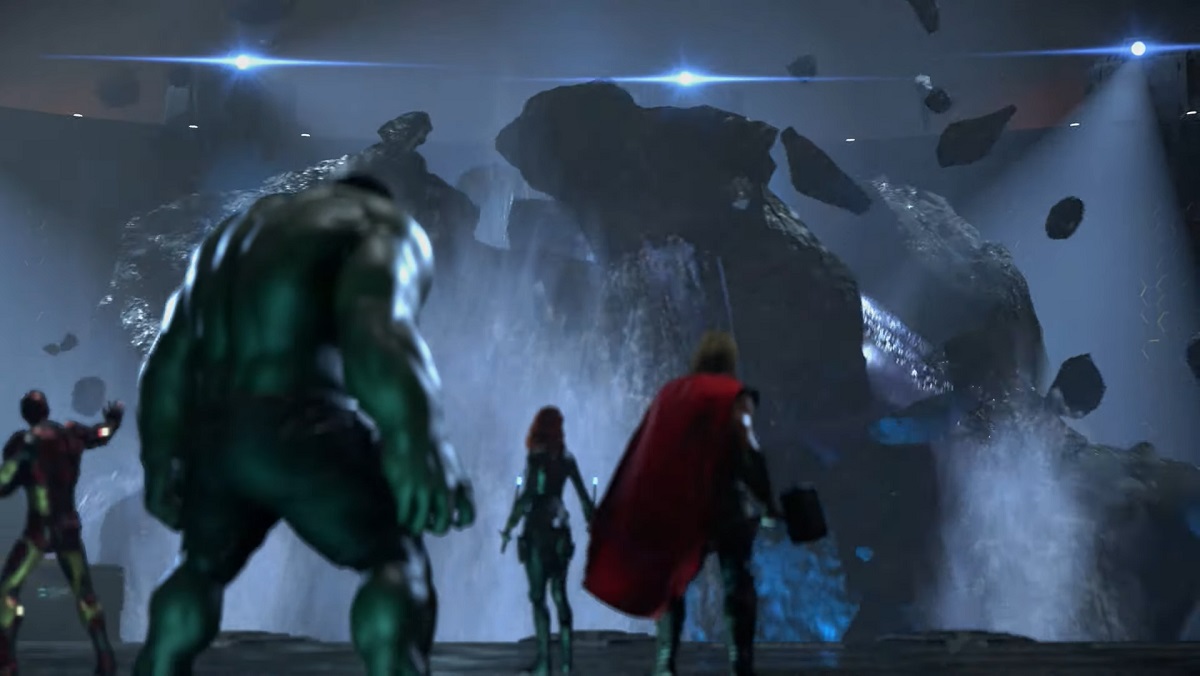 During the conference, the developers promise both single and mutliplayer action. There will be more unlockable heroes and locations the further into the game you go. But they promise every new hero and every new region will be delivered at no additional cost, without loot boxes or pay-to-win scenarios. Which is great, because the press conference ended with a scene featuring a scruffy version of professor and size expert, Hank Pym. Ant-Man action for no extra charge is a pretty sweet deal.

Attendees of E3 can swing by the booth to get their hands on Marvel’s Avengers first, but PlayStation users will get early beta access further down the line. The game will drop on PS4, Xbox One, Stadia (yes, that new thing we didn’t know about until the other day), and PC. And when, you ask? The Avengers will assemble in your hands on May 15, 2020. 11 months away, friends!