Virgin Hyperloop, the American transportation company chaired by billionaire Richard Branson, has just executed the first-ever human test of a hyperloop. The company is the first to demonstrate the nascent form of transportation, which sends “pods” down vacuum-sealed tubes. It can safely launch and halt people. And while this first test was limited to roughly 100 mph, the company says its pods will eventually zip around at 670 mph.

CNN Business reported on the successful test, which Virgin Hyperloop conducted at its test track in Las Vegas, Nevada. The test—in the clip above—consisted of firing two people at 107 mph down 1,600 feet of tubular track. The pod itself, which the company refers to as the XP-2, carried the passengers inside of its spacious, and comfortable-looking cabin. One that, we think, blends the right mix of futuristic design cues from The Jetsons and Minority Report. 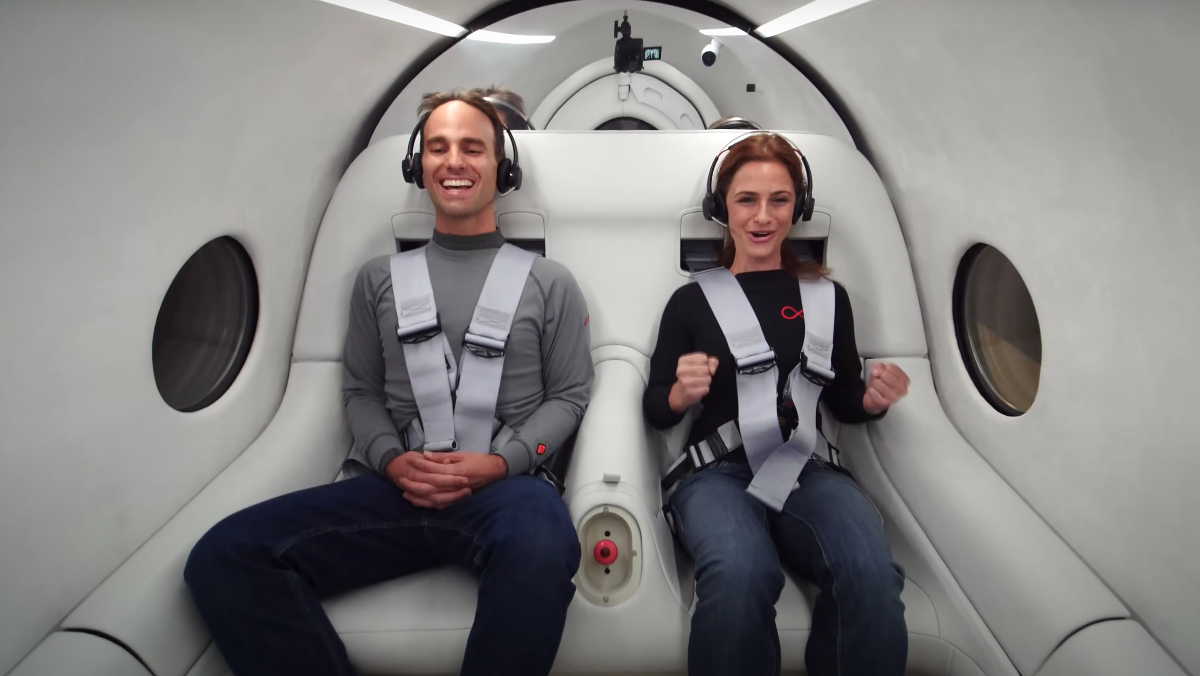 The airless tubes also mean that even a small amount of current is able to propel the pods. For reference, there’s the same amount of air in these tubes as there is at 200,000 feet above sea level. The fields from the electromagnetic motors also mean that the pods levitate in the tube. And the lack of air means there’s very little drag.

“For the past few years, the Virgin Hyperloop team has been working on turning its ground breaking technology into reality,” Branson said in a Virgin Hyperloop press release. “With today’s successful test, we have shown that this spirit of innovation will in fact change the way people everywhere live, work, and travel in the years to come,” the tycoon added.

Moving forward, Virgin Hyperloop says the test provides a pathway for general hyperloop regulation and deployment in the US. The company says the test will also encourage federal funding as the sector looks toward commercialization. As far as going for a ride in a pod, however, it’s unclear when the public will have access. Until then, we’ll have to settle for wondering how high-speed, underground tube networks will change our lives in the future.