The Spider-Man web shooters are one of the most iconic toys ever based on a superhero. Toy company FunStuf first released Spidey web shooter toys way back in the mid ’70s. And a version of these web shooters would continue to exist in different forms for decades, becoming a perennial favorite. The folks at Boing Boing recently unearthed a vintage commercial for this classic toy, which should bring back memories for many. You can watch the retro TV commercial right here.

The old commercial made the Amazing Spider-Man Web Shooter look like they worked way more accurately than they ever did. So they’re mostly iconic based on what the TV ads told us they’d do, not so much how great they functioned in real life. But hey, as kids we were just happy to have anything that approximated the wallcrawler’s signature piece of tech. We let our imaginations do the rest. 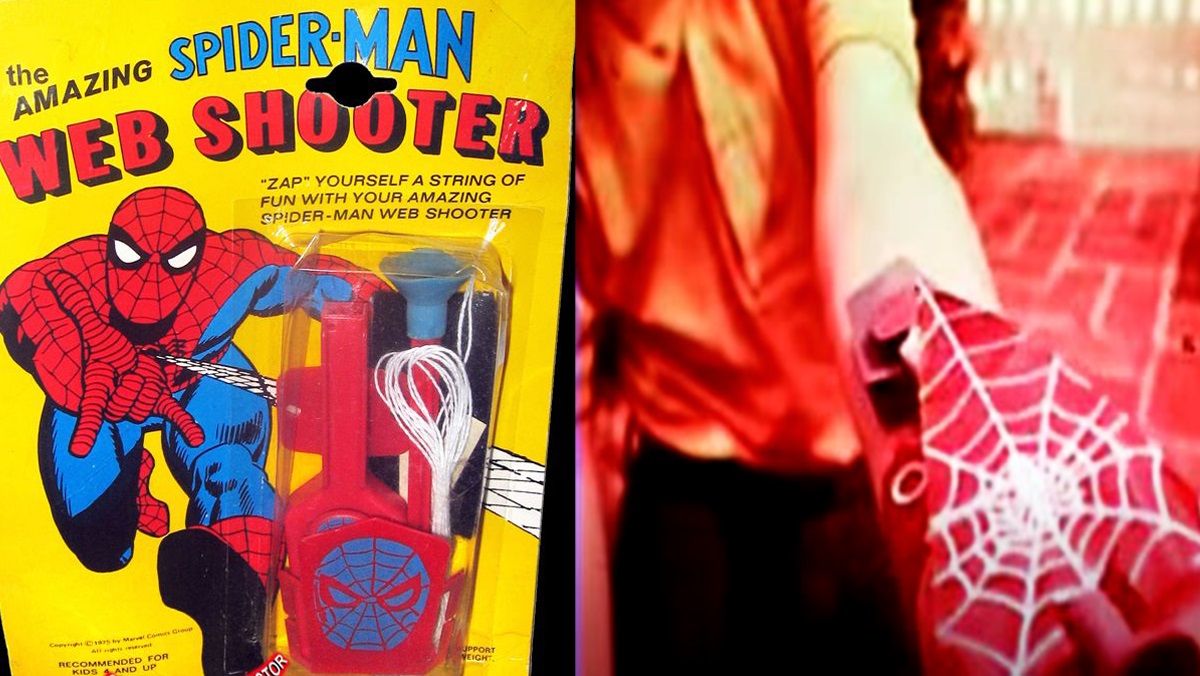 Although Spidey first appears in the ’60s, it’s in the ’70s that Spider-Man toys really explode on the market. One of the first toys we can remember having are the MEGO Spider-Man action figures. These are advertised along with other heroes like the Hulk, Superman, and Batman. Yes kids, once upon a time Marvel and DC characters share a line of toys. Cats and dogs, living together.

Maybe the most iconic Spider-Man figure of that era is 1979’s Energized Spider-Man. His web lines were a little more sturdy than the web shooter toys. And he had an electronic component, that let you see his battle with his arch-foe Red Dragon. Wait, who?! Not Green Goblin or Doc Ock?! Well, White Dragon is a new villain Marvel debuts in the ’70s. (the ad misnames him) They were clearly hoping to “make fetch happen” with him. It didn’t take. But the toy was cool!

Most of you reading this are far more likely to remember the version of Spider-Man’s web shooters that came out in the ’90s. This was as a product tie in Spider-Man: The Animated Series. Instead of a rope, it shot silly string. Thereby making it the most ’90s toys ever. You should periodically still call your mom decades later, and apologize for all the stilly string you made her clean up. It’s what Peter Parker would want.