Ah, fish. Such a tasty protein, but such a potentially smelly one. One way to prepare your fish of choice without the smell permeating your home is the dishwasher. Yep, the dishwasher. The go-to appliance for cleaning your dishes can actually be used to prepare them. And actor Vincent Price (who never played a vampire) has demonstrated this unusual approach (via Boing Boing). He appeared on the cooking segment on The Tonight Show with Johnny Carson in November 1975 and showed the host how to prepare trout in the dishwasher.

The cooking segment starts at just after nine minutes in.

Before Price showed off his dishwasher cooking skills, he noted to Carson that he did most of the cooking for his family. The legendary actor then showed off his skills. He packaged the trout in a foil packet with olive oil and white wine before popping it into the dishwasher. He did the same with the vegetable sides. Then Price put all of it into the dishwasher without any soap. The heat from the water steamed and cooked the fish. 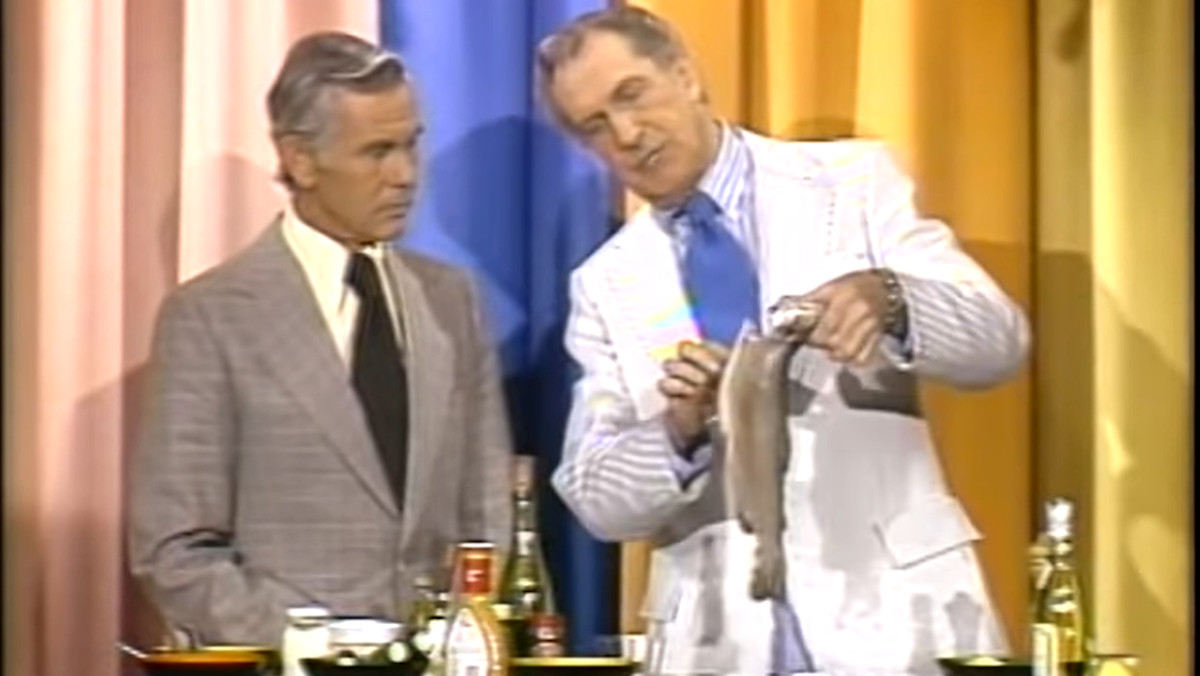 And it’s not just a gimmick. Dishwasher cuisine is a thing. The method even has its own cookbook. Dishwashing works best for anything that can cook a low temperature. It’s kinda like cooking with a big sous-vide. The water’s temperature stays consistent and does the trick. Plus if you put your food in airtight containers or bags, you can throw in the soap and cook your meal while you cross a chore off your list.

Price knew what he was doing. The actor published multiple cookbooks and even had his own cooking show in 1971, Cooking Price-Wise with Vincent Price. Though tracking down the show might be hard, you can still snag Price’s cookbook of the same name.