In the aftermath of Ragnar Lothbrok’s (Travis Fimmel) death and the defeat of King Ecbert (Linus Roache), Vikings is using season five as a way of opening up the world to its Pagan warriors. With the varied interests of the sons of Ragnar, the History series is venturing to new locations and encountering new friends and foes drawn from both world history and Norse legend.Speaking with Nerdist, Vikings‘ creator, showrunner, and sole writer Michael Hirst admitted the show, which is already in production on its sixth season, is covering a lot of historical ground. “We’re following the trajectory of the vikings themselves,” he said. “We started way back with maybe one viking boat raiding a monastery in England with 30 guys. We climbed to the attack on Paris and so on. We’ve gotten to the stage now where the vikings are really going out of their safety zone. They’re going into the world.”That is the story of season five. While Ragnar’s deathâ€”and with it, Fimmel’s departure from the seriesâ€”signals a major change in the trajectory of Vikings, it’s one stop in a story that will now see characters having experiences far beyond their father’s wildest dreams.”We know, for example, the real Bjorn Ironside went into the Mediterranean, that he attacked a village in Spain, and reached what is now Tunisia,” Hirst said. “He was attacked by pirates in the Mediterranean.” 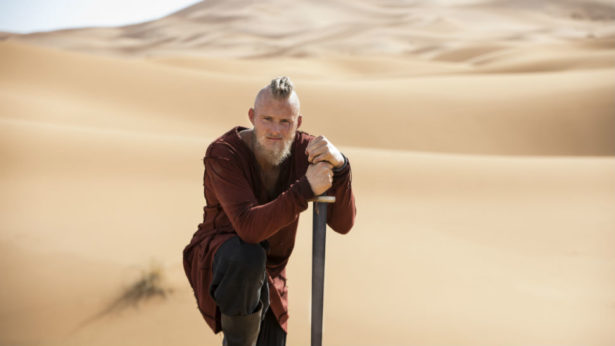 With events like that to explore, a change of venue is necessary. Though a studio just outside of Dublin, Ireland has served as the home base for Vikings since its launch in 2013, historical accuracy means the geographic scope of season five is growing. “We’re just taking a leaf out of history and we’re taking the show to the places we need to take it to,” Hirst said of the show doing some filming in Morocco this season. “Apart from anything else, what I said this season was we cannot go the Sahara desert in the west of Ireland,” he admitted with a laugh. “We have to go there. You have sand dunes in Brittas Bay, outside Dublin, but they’re not really like the sand dunes in the Sahara.”Another new filming location comes as part of Floki’s (Gustaf Skarsgard) arc this season. After losing not only his wife Helga (Maude Hirst), but what some might call his soulmate in Ragnar, Floki is preparing to take to the seas alone, surrendering himself to whatever the gods have in store.In a beautiful dose of poetic justice, given the character’s distrust of Christians, the journey he’s taking is based on historical Christianity. “The missionaries were put in open boats and consigned to the waves and they might or might not land on some heathen beach to preach,” Hirst said of the 9th century. “I had the idea that Floki would do that. He was quite happy to die.”Instead, he washes ashore in what is now known as Iceland, this season’s other major new location. The historical figure Floki is based on discovered the country in the 9th century, though his adventures on Vikings will differ vastly from how it is said to have actually played out. 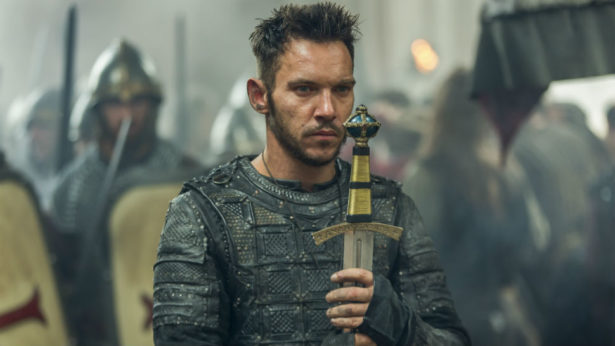 While visiting new parts of the globe is important to Vikings as a series and the further evolution of this group as a world power, the main thrust of season five is actually the rise of Ivar the Boneless (Alex Hogh) as a viking leader. After avenging his father’s death and killing his own brother in season four, he’s united with brothers Hvitserk (Marco Ilso) and Ubbe (Jordan Patrick Smith) once more as they lead the Great Heathen Army on a raid of York. That is where the season’s primary antagonist, Bishop Heahmund (Jonathan Rhys Meyers), comes into the picture.”I needed a saxon character who was going to be powerful and charismatic enough to challenge the vikings,” Hirst said. That’s where the warrior bishop comes in. “I was introduced to this concept of reality of these warrior bishops. And Heahmund was very famous. We know about him and we know he died in battle. They were the precursors of the Knights Templar, very learned and very clever church men.”It is this learned and clever man that will prove to not only be Ivar’s biggest challenge, but his equal in many ways. “Heahmund’s intensity, in every wayâ€”his lust for women, his lust for the Bible, his lust for martyrdom, his extreme beliefsâ€”puts him into Ivar’s camp because Ivar is an extreme character,” Hirst said. “In York, when they get to fight each other, they almost instantly recognize something in each other.”In some ways, it will remind fans of Ragnar’s dealings with Athelstan (George Blagden), the Christian monk he befriended in the show’s earlier seasons. The relationship between Ivar and Heahmund is very different, though. As Hirst put it, “[Ragnar] was interested in the Christian religion. He was interested in why people believe this stuff and what they believe. For Heahmund and Ivar, it’s more visceral. ‘Here is a man like me. But why does he believe the stuff he believes?'”While these adventures and battles will take Vikings to new heights, there’s still so much road to cover for Hirst as he plots out the future of the series. “The vikings are going ever outwards as raiders and traders,” he said. “I’m writing season six now and they’re in the Silk Road. They’re trading with the Russians, going to China, they’re all around the Mediterranean. And it’s actually what happened.”Vikings premieres Wednesday, November 29, at 9 p.m. on History. As the series continues to grow, where are you excited to see it go? Which of Ragnar’s sons do you most closely relate to? Sound off in the comments below or tweet me your Vikings thoughts at @ChrisHayner.

GOTHAM Casts Peyton List As the Next Evolution of Poison Ivy