While it’s easy to develop a trivial understanding of the world’s geography, having a true sense of scale for different earthly objects can be a bit… rocky. Thanks to MetaBallStudios (MBS), however, assembling the sizes of different lakes in your head should now be a breeze. Because the YouTuber’s latest video does exactly that. (And also provides even more trivial facts, which, while less insightful, are still appreciated.)

MBS—the YouTube moniker for Spanish animator Alvaro—recently posted the lake comparison video to his channel. MBS has made countless other size-comparison videos before; including several others that help to illustrate just how big or small geographical entities are on Earth. One shows off, for example, just how giant Australia truly is.

In this comparison, MBS assembles lakes ranging from just a few square yards across, to larger than multiple countries combined. The tour through the lakes begins with itty bitty Benxi Lake in China. From there, dozens of other lakes are juxtaposed shore to shore, until the chain of water bodies reaches its zenith with the Caspian Sea. 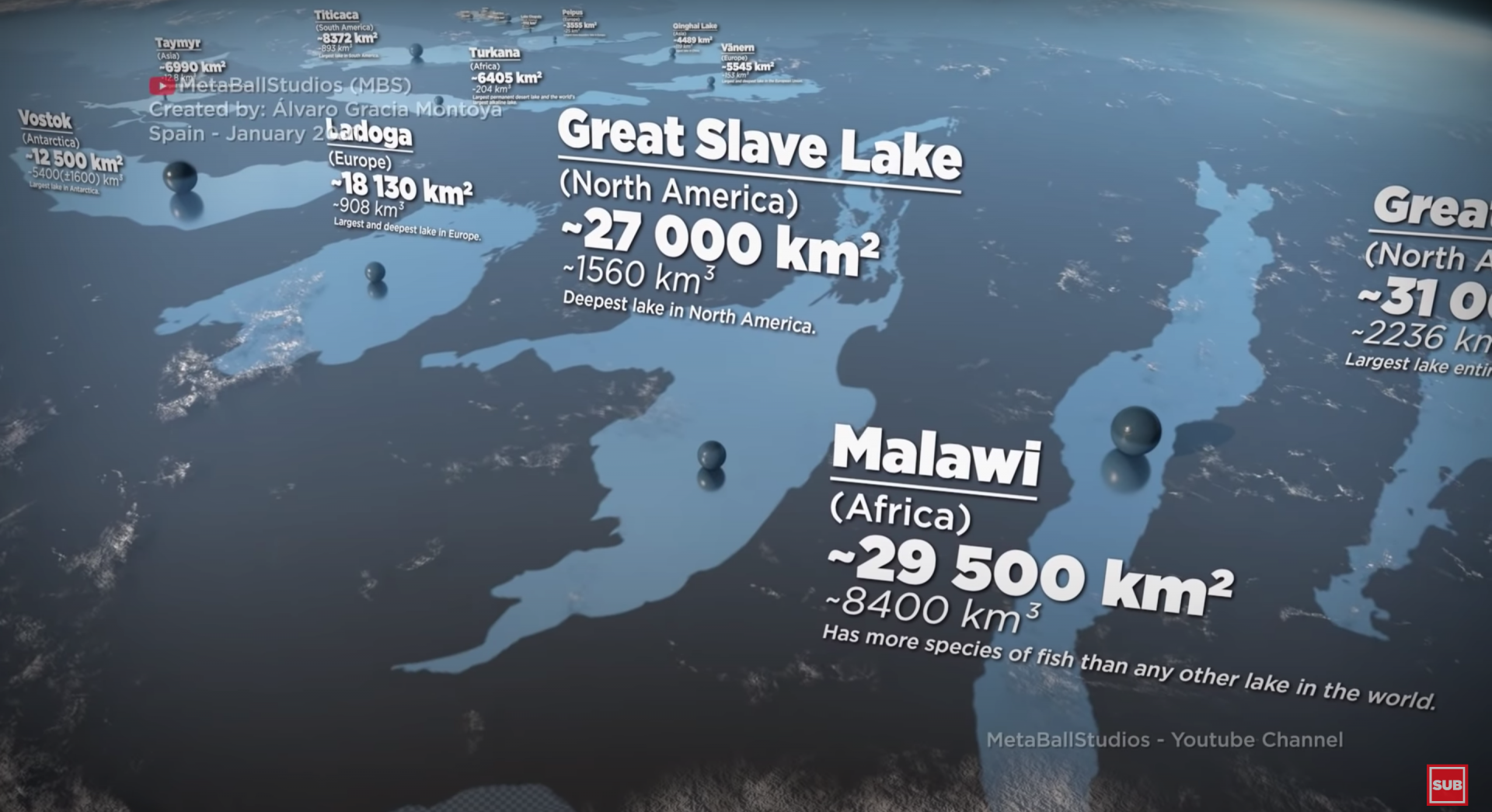 While the Caspian Sea, at more than 143,000 square miles across, is huge, it’s not the most surprising member in the lineup. That award would have to go to Lake Superior—the largest fresh water lake at about 32,000 square miles across. And while that’s much smaller than the Caspian Sea, when you think of “lakes,” you think fresh water, right? (Maybe we have a bias as inhabitants of North America.)

For anyone who now wants to continue assembling a higher resolution image of the world in their minds, we recommend watching more size comparison videos. MBS isn’t the only lover of comparisons out there, and some makers’ videos involve literally everything—including all the lakes—in the universe.