The species Langsdorffia hypogaea is a fire engine-red plant that looks like a soil-dwelling, many armed octopus. Despite its bizarre appearance, however, the plant still attracts all types of forest creatures with its nectar’s sweet scent. And it does so while stealing the nutrients it needs to survive from other plants. Just like a vampire.

I know I've shared some weird plants on here before, but NOTHING is weirder than this: Langsdorffia. Check out the paper @jcsantosbio and I wrote for @plantspplplanet
I promise you won't look at plants in the same way again!https://t.co/DXnM5I4HDR pic.twitter.com/r99Beg7Mec

Science News recently reported on L. hypogaea, which was described in new levels of detail in a study released earlier this year. That study was authored by Oxford University Botanist, Chris Thorogood, and biologist Jean Carlos Santos at the Federal University of Sergipe in Brazil.

Thorogood spoke with Science News, referring to the L. hypogaea species as “vampire plants.” The botanist added the brilliant ruby beauties’ way of life is so odd that it “challenge[s] our notion of what plants even do.”

Langsdorffia: Creatures from the deep?

They wouldn't look out of place in the deep sea, but these mysterious organisms are actually plants!

Find out just how much we don't know about these rare plants in #FloraObscura with @thorogoodchris1:https://t.co/etCS7pOnre pic.twitter.com/keCD54VOf1

To survive and thrive, these vampire plants suck nutrients from host plants (shown in the picture immediately below). Like other members of its genus, L. hypogaea is native to Central America, South America, Madagascar and New Guinea. The vampire plants also generally tend to erupt in “dingy” parts of forests, which delivers the brilliant site of vibrant red flowers scattered against a background of dark, dull soil.

In the study, Thorogood and Santos note the reason L. hypogaea remains so mysterious is because of its rarity. The scientists even say that the research community knows “virtually nothing” about the reproductive biology of the plant’s genus. 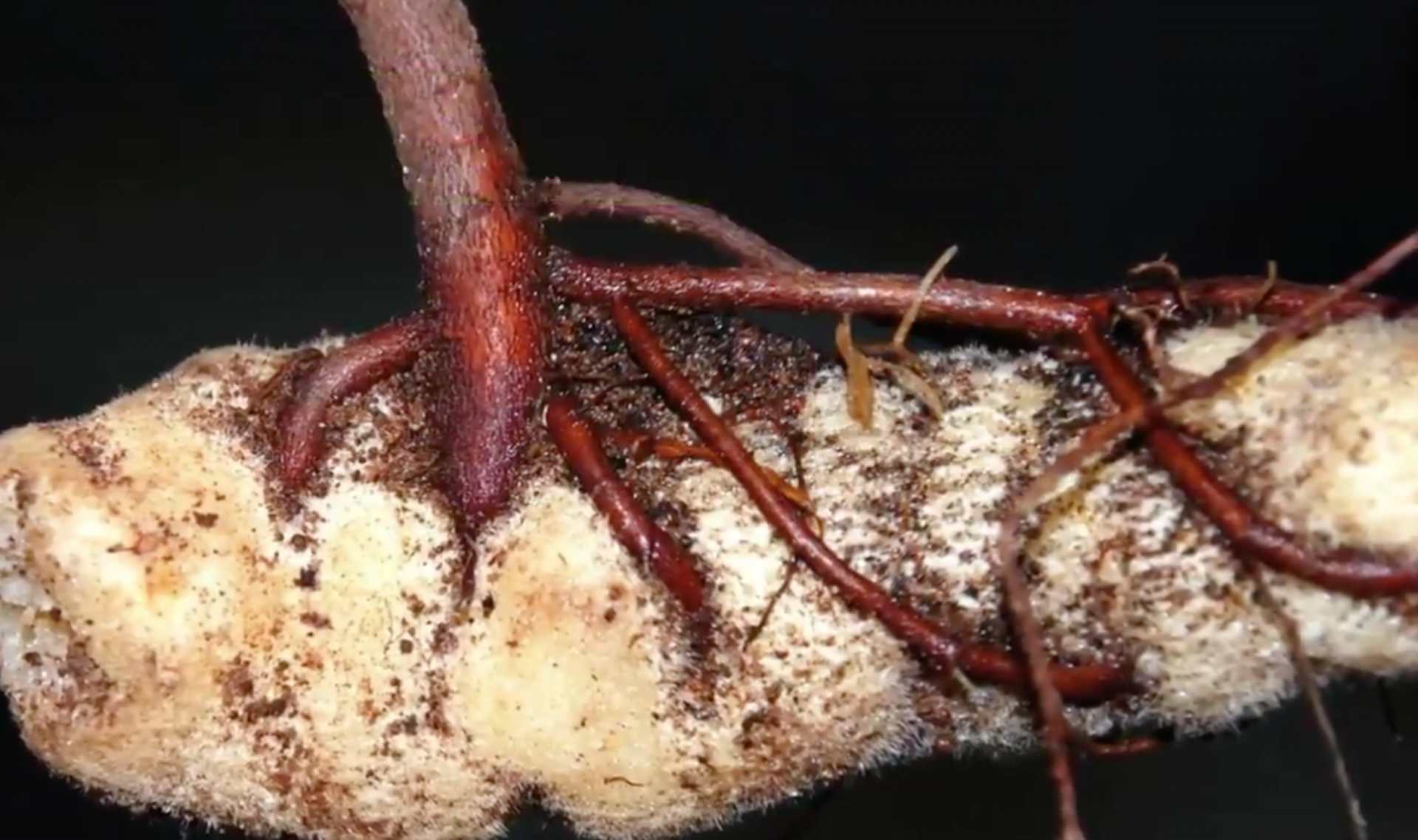 Despite its vampiric nature and drab milieu, L. hypogaea is still exceptionally popular amongst forest-dwellers. Thorogood and Santos observed more than 250 different species visit L. hypogaea during their study, as it attracted “a diverse guild of floral visitors” with its nectar. That diverse guild included beetles, birds, ants, and even foraging primates.

In the future, the pair of scientists say that botanical gardens should consider cultivating L. hypogaea due to the plant’s rarity. Habitat destruction also threatens the entire Langsdorffia genus, which only adds another reason to save these vampire plants from going the way of Dracula. 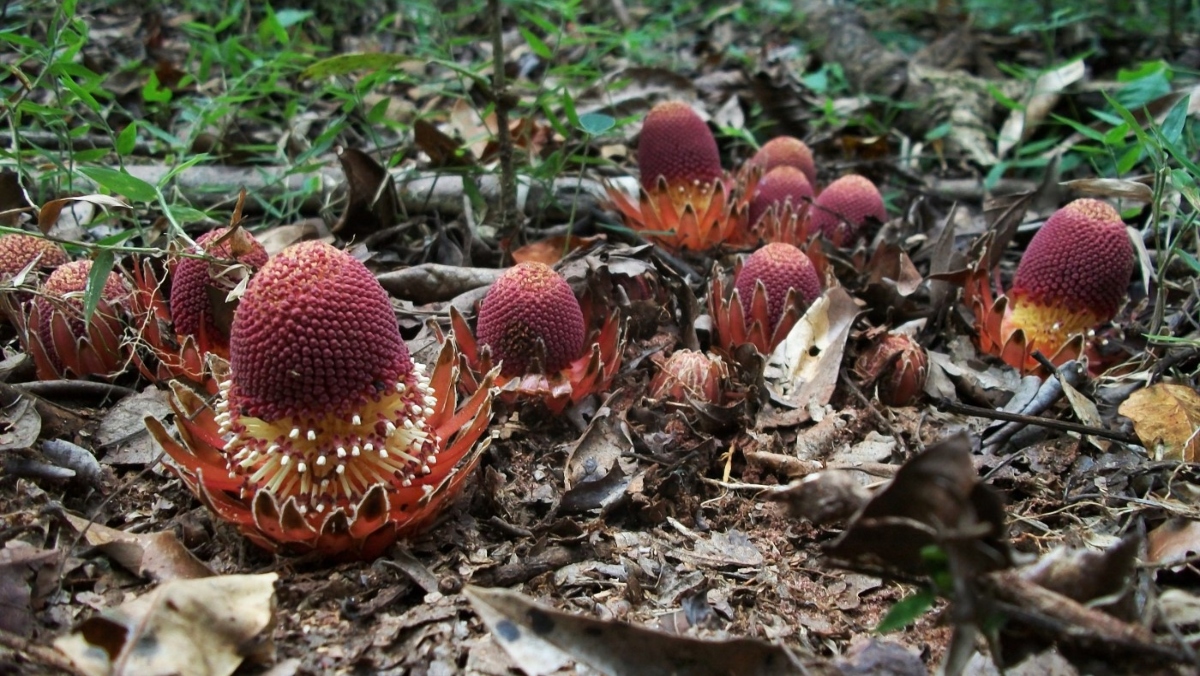 What do you think about these vampire plants? And how badly do you want to give one a sniff? Let us know your thoughts in the comments!