Anybody who’s sat alone in their room at night reading Dracula by Bram Stoker by a flickering candle (or annoying flashlight app that constantly flashes ads) knows how exceptionally creepy and dark the novel can be. But there are always those people who want to turn up the terror, and for those connoisseurs de sangre, there’s this DRACULA: The Evidence Kickstarter project. It features tons of cool props that help to bring the story to life, and the $2,000 version is definitely something to write home about.

Boing Boing picked up on the Kickstarter project, which, as of this writing, has $121,487 of its $140,000 goal pledged (with 33 days to go), comes with a veritable literary buffet of beautifully crafted “found documents,” including correspondence, newspaper articles, and journal entries that look as if as if they came straight out of the 1897 gothic horror. Beehive Books, the hive mind—get it?!—behind the project, notes that they were inspired by the novel’s “experimental approach,” which “brings you directly into the story, and refracts it through countless points of view.” 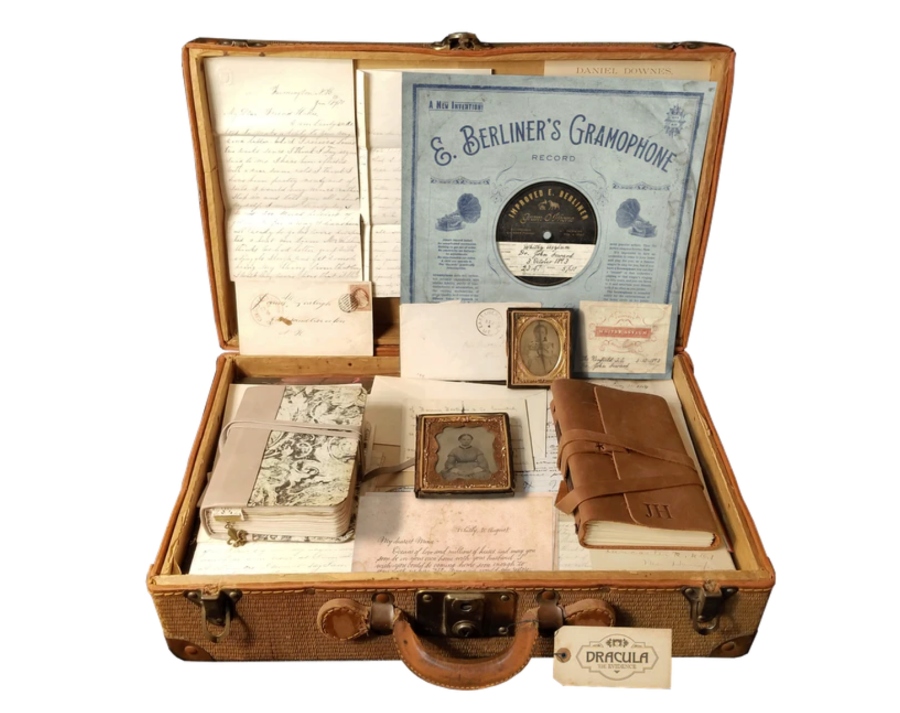 The $350 tier of the DRACULA: The Evidence box set.

As with most Kickstarters, there are different tiers of Dracula box sets offered, with each, successively more expensive option adding in new gloomy goodies like maps, telegrams, photos, tickets, and even a phonograph. Although it’s the $2,000 Entombed Edition that’s exceptionally bloody brilliant. There will only be 26 of these deluxe versions produced, and each one will contain, in part, “unique, hand-made items” including: pressed flowers, a vessel of actual Transylvanian soil, partially burnt documents, unique handwritten (not printed) documents, and communion wafers. The Entombed Edition also comes in an engraved stone vault. 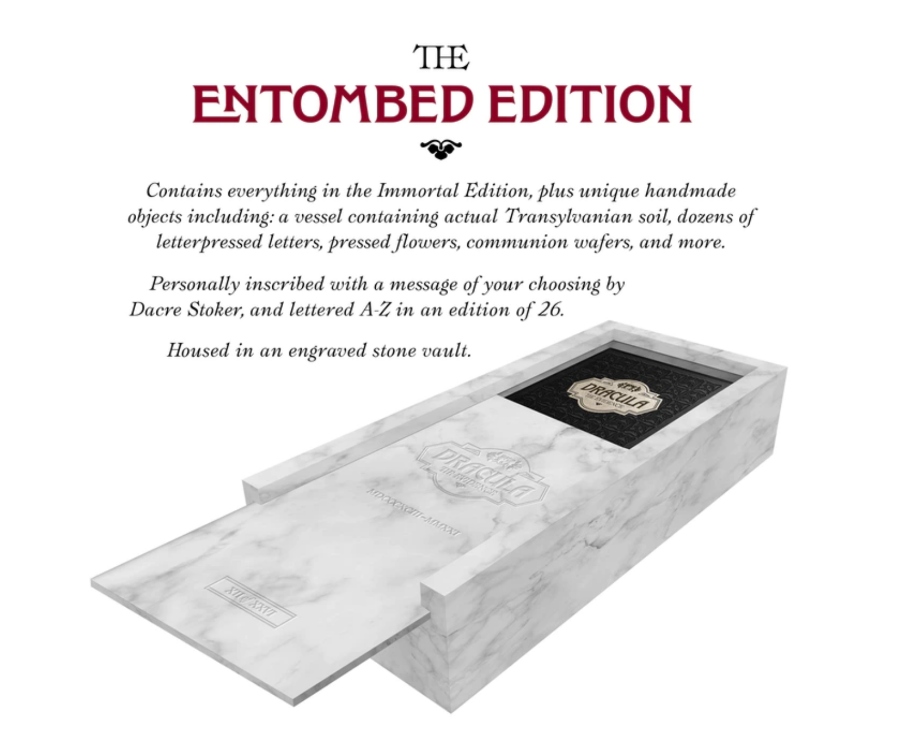 The box sets, which are being produced by a team that includes lead designer Paul Keppel, author and editor Josh O’Neill, and Dacre Stoker (Bram’s great-grand nephew), will also come in $350 Archive Editions, which, while not entombed in stone, will help to keep a vampiric mist from sucking all the funds from your bank account.

What do you think of this Dracula box set Kickstarter project? Do you know anybody who would travel through an endless, howling darkness to snatch one of those Entombed Editions? Trace the shadow of your opinions in the comments!