Since its debut in May 2019 with the release of the Oculus Quest VR headset, Vader Immortal has offered Star Wars fans an experience unlike any other in the history of the franchise’s gaming options by allowing them to explore and immerse themselves completely not just in its world but its very mythology. That adventure culminates in Episode III, the final chapter in this groundbreaking virtual reality experience, when your character comes face to face with Darth Vader and you must fight the iconic Sith Lord for the fate of Mustafar.

Ahead of its November 21 release, Nerdist spoke with the creative teams at ILMxLAB and Oculus about the process of bringing to life one of the most intimate and thrilling interactive experiences ever created for Star Wars. “We took what we learned on Episodes I and II, these basic tools and mechanics that they can learn, and then really opened it up in III,” explained John Nguyen, Design Director of Vader Immortal Episode III. “When three starts, you know you’re gonna go face Vader. So we got a lot of that out of the way and then just let you go at it.” 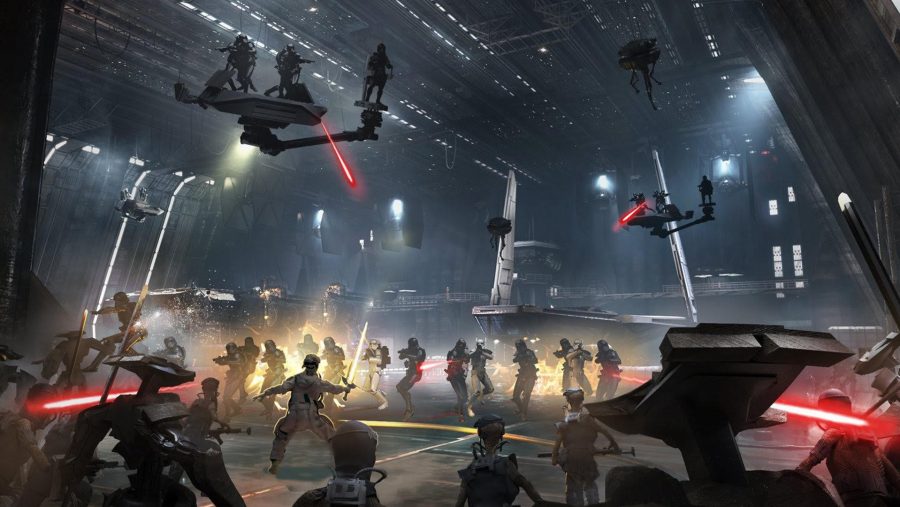 In Episode III, your character has just defeated the Darkghast, a creature that looks and acts suspiciously like the Rancor from Return of the Jedi. As you venture further into the cavernous landscape of Mustafar, you encounter stormtroopers and other adversaries as your ally the Priestess leads an army to defeat Vader’s forces stationed within his fortress. The lessons learned in Episodes I and II not only enable you to move more easily through these environments, but give you new opportunities to dispatch foes—and have some fun with minutiae from the Star Wars universe. “You can choose the way you want to engage with these encounters,” Nguyen said. “There’s opportunities to force-grab guns out of the hands of stormtroopers, throw detonators, so there’s just more fun play.”

Vader Immortal producer Alyssa Finley said their objective was to make users feel like this was their own journey, and not simply one they could watch from the periphery of bigger events. “We got better and better at paying off that initial idea that it’s all about you,” she said. “Vader pulls you into this whole mess because he needs you, and we paid that off by making something that only you could do with those blue glows that would light up with when you got near to things. That creates this loop in the player’s mind that this is my story—I am the key to all of this happening.”

Director Ben Snow indicated that some of those developments evolved unexpectedly. “The thermal detonators were originally a set dressing thing that the environment artists showed me, and then the design team were like, you’ve gotta be able to throw them,” Snow said. “Essentially our enthusiasm for making it fun and being Star Wars fans ourselves meant that if we could fit this in and we can get it done, then we went for it.”

Colum Slevin, Oculus’ Head of Media, AR VR Experiences Group, said that he thrilled at watching Snow and the rest of the creative team find new ways to utilize and expand the possibilities of the technology. “What was great was watching the team finding their way balancing agency and narrative,” Slevin said. “They were figuring out what mechanics to build starting fairly slow with Episode I with the locomotion and the lightsabers and puzzles and stuff like that, and then building up.” 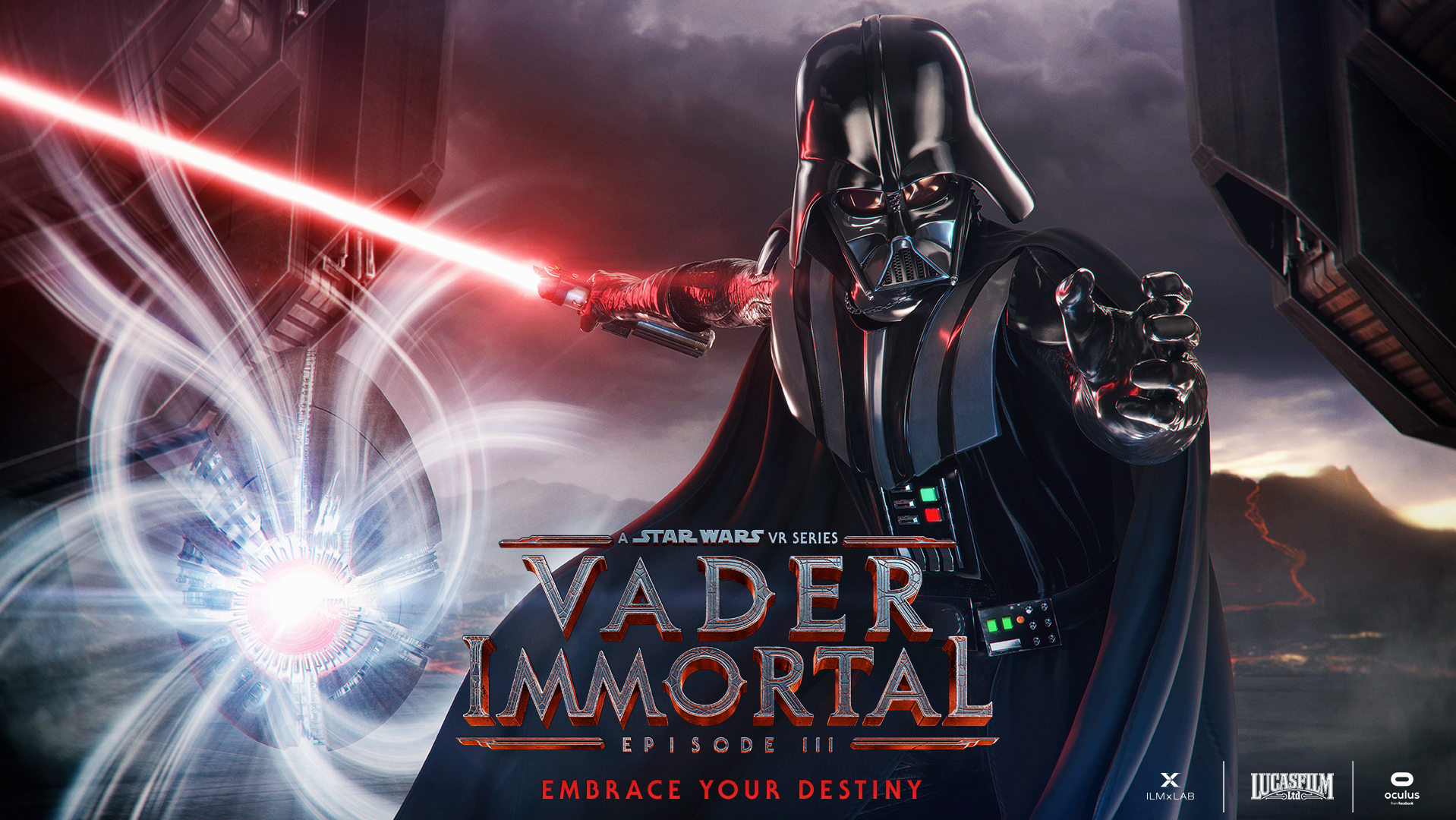 In Episode II, users learn how to throw their lightsaber, a skill that comes in especially handy as your character faces greater numbers of foes. Finley said that in Episode III, the new skills you accrue are uniquely character-driven, and in accordance with the advancement of the story. “We escalate a little bit more and you can earn force lightning [in the Dojo], and get into your dark side powers,” she revealed. “Those opportunities were very organic—they were very much like, what do I want to do in this world? What powers do I want to feel emanating from me? And being able to bring those to life in a little more of a sandbox environment was terrific.”

As the story develops, its mysteries are solved, and new questions are asked. Before the release of Episode II, for example, fans questioned if the Black Bishop was in fact Supreme Leader Snoke from the Star Wars sequel trilogy. Game play revealed his identity: Lord Corvax, a different if decidedly equally mysterious figure. Snow reflected on the idea that the interconnected nature of the larger Star Wars universe both challenges them to find ways to introduce new mythology that doesn’t disrupt existing canon, and allows them the luxury of creating new, intriguing characters who evoke the intriguing ambiguity of smaller characters from the franchise’s expansive history.

“We like people to be inspired by the characters and we think a lot about them,” Snow explained. “And so there is backstory. We have a history of ancient Mustafar that we wrote as a foundation to spring off our design ideas. But we work with story group and we do everything to make sure we’re not dictating, here’s what an ancient lightsaber would look like. Lord Corvax’s design was so compelling, and he was actually with us from when we first were talking about this, before we did Secrets of the Empire when [Vader Immortal] was a completely different thing.

“And I think it’s just such a cool design that people are just going to be interested,” he continued. “But it’s like Boba Fett thing, right? The guy’s there briefly and it’s like, ‘Oh wow, that’s really interesting’.” 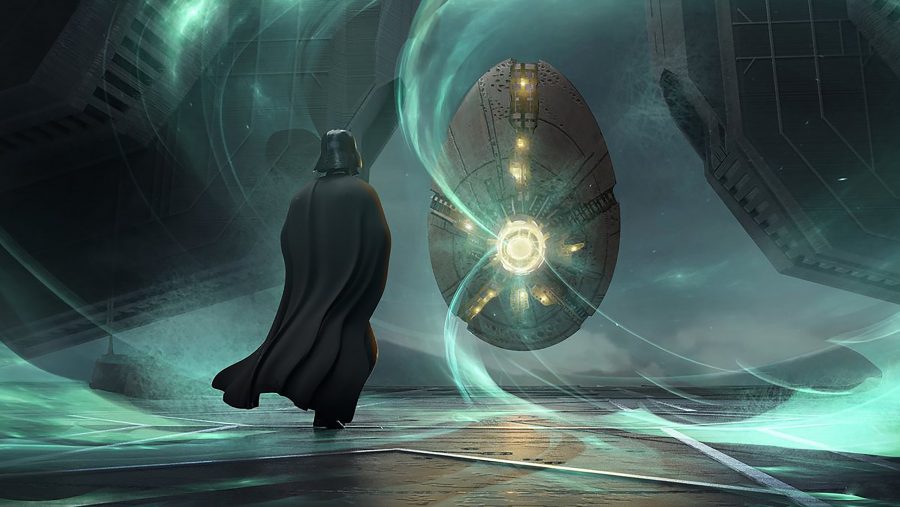 Snow declined to reveal plans about what might be next for ILMxLAB with regard to Oculus VR, but said that the resounding creative and critical success of Vader Immortal—including its Emmy nomination for Outstanding Innovation in Interactive Media—has inspired his team with ideas for new experiences. (To encourage fans to try it out, ILMxLAB is offering a special deal offering a bundle of all three Vader Immortal Episodes with the purchase of an Oculus VR headset from November 21, the first day that Episode III is available, and January 31, 2020.) Meanwhile, Slevin said that ILMxLAB’s creative and technological initiatives built on the knowledge Oculus had about its own device and showed them more possibilities, both visually and experientially, than they could imagine. “When Episode I was in the pipeline, so was the device, so we were entirely speculative about what was going to be possible,” he revealed. “But then Ben and the others were saying we’re going to push cinematic quality really hard, and we were really scared—and it worked in Episode I.”

“But what’s astounding to me is to see Episode I was surprising and excellent, but Episode III is just off the charts,” Slevin continued. “The climactic scene with Vader and the Aeon Engine, I still look at that and go, how did you do that? It goes beyond what should be possible with the tech. So learning what’s possible was a journey, and we’re equally keen to do more. It just takes time to figure it out.”