2001: A SPACE ODYSSEY Style Monolith in Utah Has Disappeared - Nerdist

2001: A SPACE ODYSSEY Style Monolith in Utah Has Disappeared

We may need to seriously consider the idea that we are in a simulation because 2020—somehow—continues to grow ever weirder. Aside from the pandemic and all of the year’s other momentous events, land management officials in Utah say the 2001: A Space Odyssey-style “metal monolith” that mysteriously appeared way out in the middle of the desert is now missing. And that, prior to its disappearance, people came to the site, leaving behind “human waste” as evidence of their visit.

"We have received credible reports that the illegally installed structure, referred to as the “monolith” has been removed by an unknown party. The BLM did not remove the structure which is considered private property..." More: https://t.co/ZXJDGzxDaD pic.twitter.com/xXHdijk496

Team members of the Utah Department of Public Safety’s Aero Bureau discovered the now-missing monolith on November 18 of this year. The public safety officials told CNET they spotted the object while conducting a count of big horn sheep in the southeastern portion of the state; they were in a helicopter, and only a single member originally spotted it. 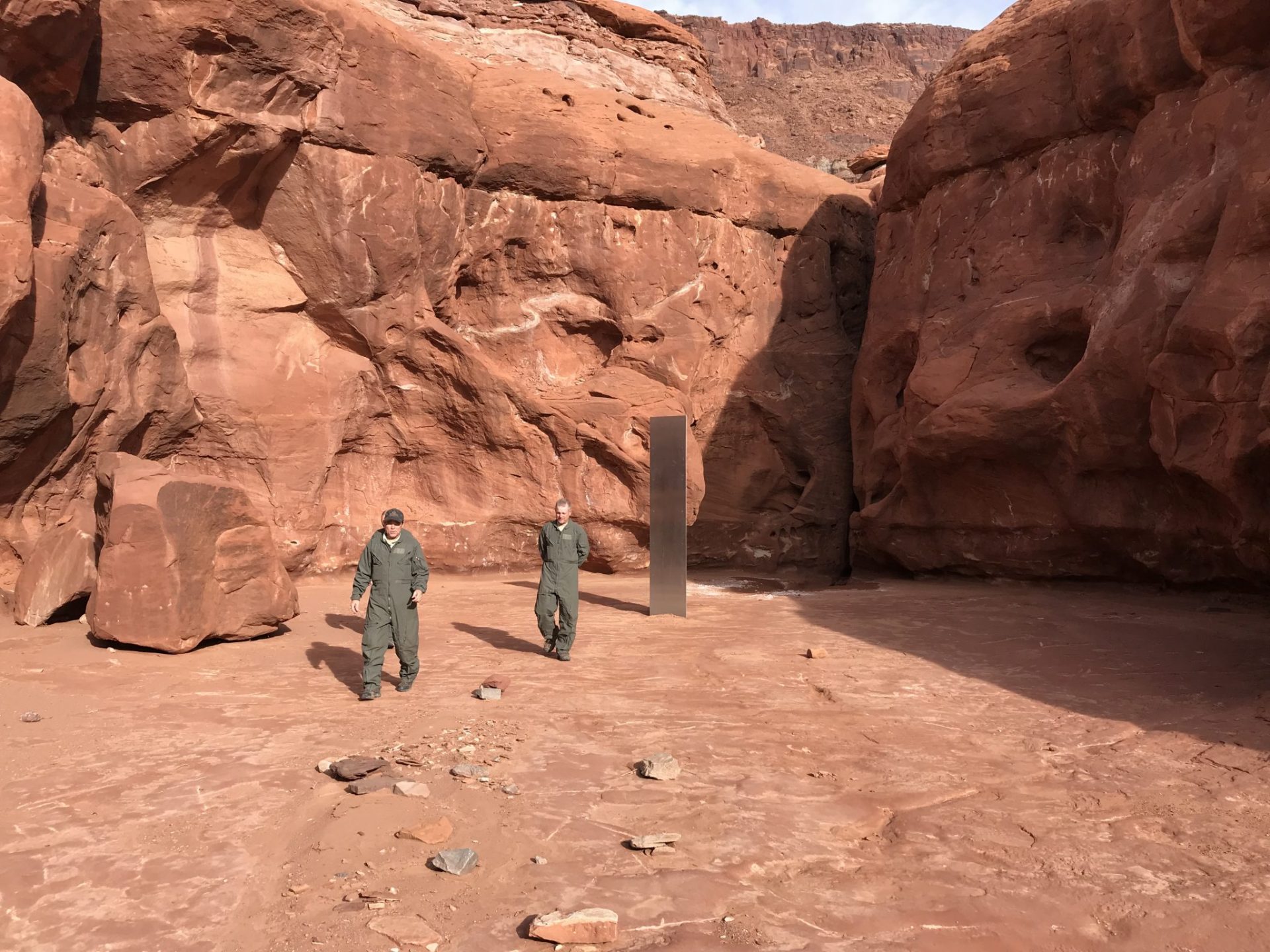 As for what the monolith actually was, apparently nobody has an outstanding explanation. It seems the best guess is that it was a rogue art installation—likely consciously inspired by 2001—or perhaps a practical joke. The latter explanation may seem more likely now, however. Although there’s no way to say if the same people responsible for the monolith are the ones who’ve taken it.

Sadly, whoever did take the monolith—which went missing on the evening of November 27—was undoubtedly human. The Utah Bureau of Land Management noted in a press release that, despite warnings, people did find out the remote location of the monolith, and they did visit it. The Bureau added that whoever came not only left behind human waste, but also parked on vegetation. Apparently officials also had to tow several passenger vehicles from the area. (Officials have not connected those vehicles with the monolith hijinks.) 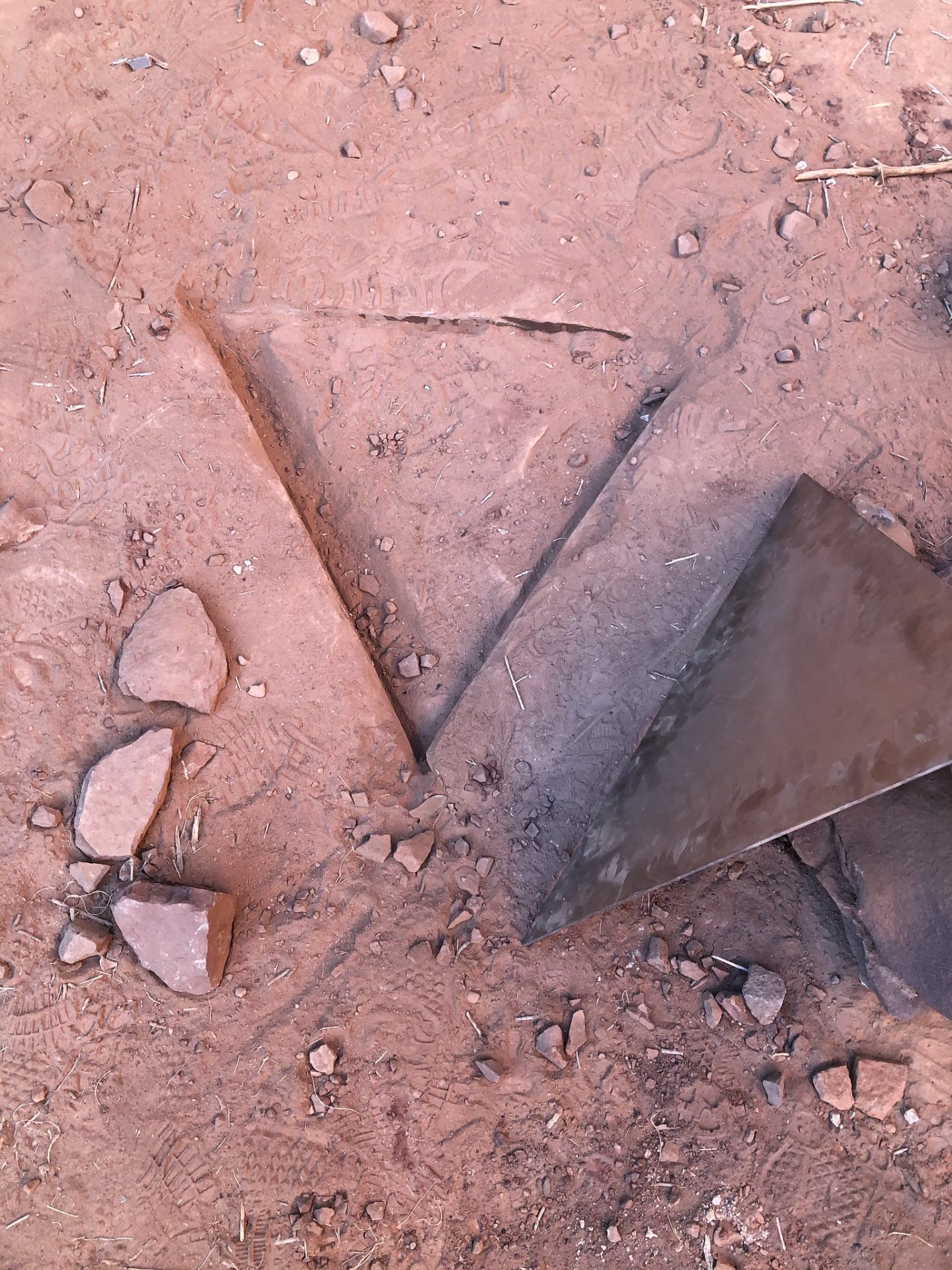 Moving forward, it’s unclear what kind of effort officials will put into retrieving the monolith. While both the placement and removal of the object was illegal, officials from Utah’s Bureau of Land Management don’t have the power to pursue lost or stolen property, nor to apprehend anyone. And, as of this writing, we haven’t seen Utah’s Department of Public Safety post any plan to recover the monolith.

Incidentally, anyone thinking aliens are responsible for this event should holster their suspicions. Not only did the monolith not catalyze evolution among apes, but it wasn’t even that deep in the ground. In the image above, you can see it was just a few inches below surface level. And we all know monoliths the Firstborn would’ve left behind would have to be deep in the Earth to stand for millions of years before discovery. 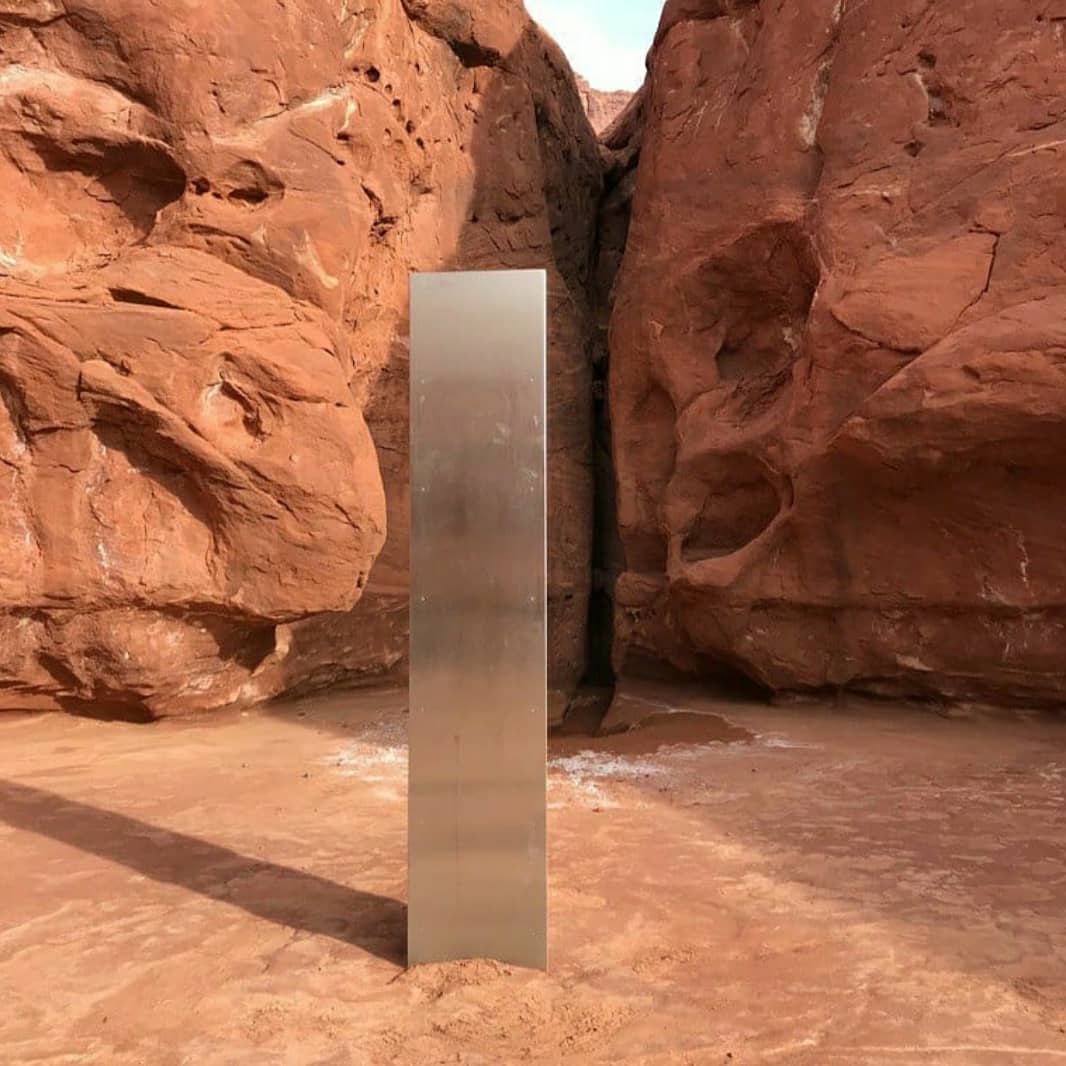 Hopefully, this monolith disappearing is just another joke but anything is possible at this point, right? 2020 isn’t quite over yet so we must all prepare for strange and possibly otherworldly happenings!