THE UMBRELLA ACADEMY Trailer Transports Back in Time - Nerdist

THE UMBRELLA ACADEMY Trailer Transports Back in Time

The Hargreeves super family is coming back for more action soon. The Dark Horse Comics superhero series turned Netflix TV show The Umbrella Academy announced its season two premiere date waaaayy back in May with a fun promo featuring the ensemble cast. Then, the series amped up the hype with a Commission-style incoming transmission promising time travel composites – aka new promotional images with some ambiguous messages. But what fans really wanted was a shiny trailer packed with intense fun. It took a while, but we finally got it!

Wait a minute. Did you forget what happened in at the end of season one? Here’s a quick refresher: Vanya becomes the White Violin, killing Leonard/Harold Jenkins after learning about his betrayal. Luther gets the terrible idea to lock Vanya in the isolation chamber from her childhood, thereby further fueling Vanya’s darkness. She destroys the mansion, kills Pogo and Mom and, after Allison shoots near her ear, causes the moon to crash towards the Earth for an inevitable apocalypse. That’s what happens after years of lies, resentment, and separation will do to ya.

Five grabs his siblings (including a passed out Vanya) and takes them back in time to give it another shot and perhaps not cause the event they were trying to prevent. The glimpses of the siblings as children left fans wondering if the Hargreeves will be aged back into their childhoods and where they are right now. 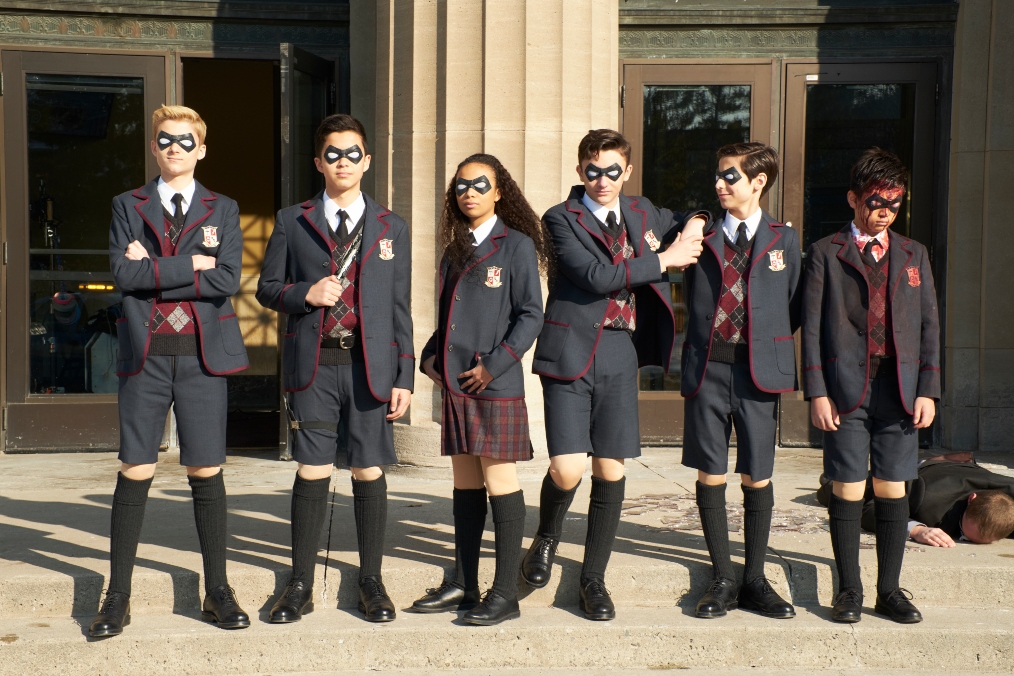 The trailer reveals that the siblings (still adults) will be taking a trip back to Novmber 1963. They obviously aren’t supposed to be there and they have brought their end of the world conundrum with them. Oh boy. The Commission is still on their tails, Ben is still a snarky ghost, Klaus is a cult leader, Allison has to deal with being Black in the 1960s, and Diego…well, he’s still up to typical Diego behavior. And, somehow their new lives are connected to a JFK assassination plot. It’s going to be a wild season for sure.

How will they save the world in the midst of all their weird problems? What new secrets about The Umbrella Academy will spring up this time? We wish we could time travel straight to the season two release date, which is Friday, July 31st.