A U-Haul Truck Wrecking a Parking Garage Is Comedic Gold

Renting a large vehicle is a more questionable prospect than it may seem. While almost everyone needs one at some point, the possibility that you may enter a parking garage and spend two minutes eviscerating waterlines while causing thousands of dollars worth of damage is not zero. Really. Just watch this video of two people doing exactly that for proof. And please have a good laugh at their literal expense.

Digg picked up on this comedic tragedy. The YouTube channel, F1, recently uploaded the clip without any context whatsoever. But who needs context when you have what amounts to a two-minute clip from a lost episode of Arrested Development?

In the video, two people inside of a U-Haul truck proceed to enter a parking garage and snag the vehicle’s roof on a waterline. And while they attempt to back out after about 20 seconds of being stuck—and even look like they’re going to succeed to!—the driver just piles right back into the garage. And more waterlines. 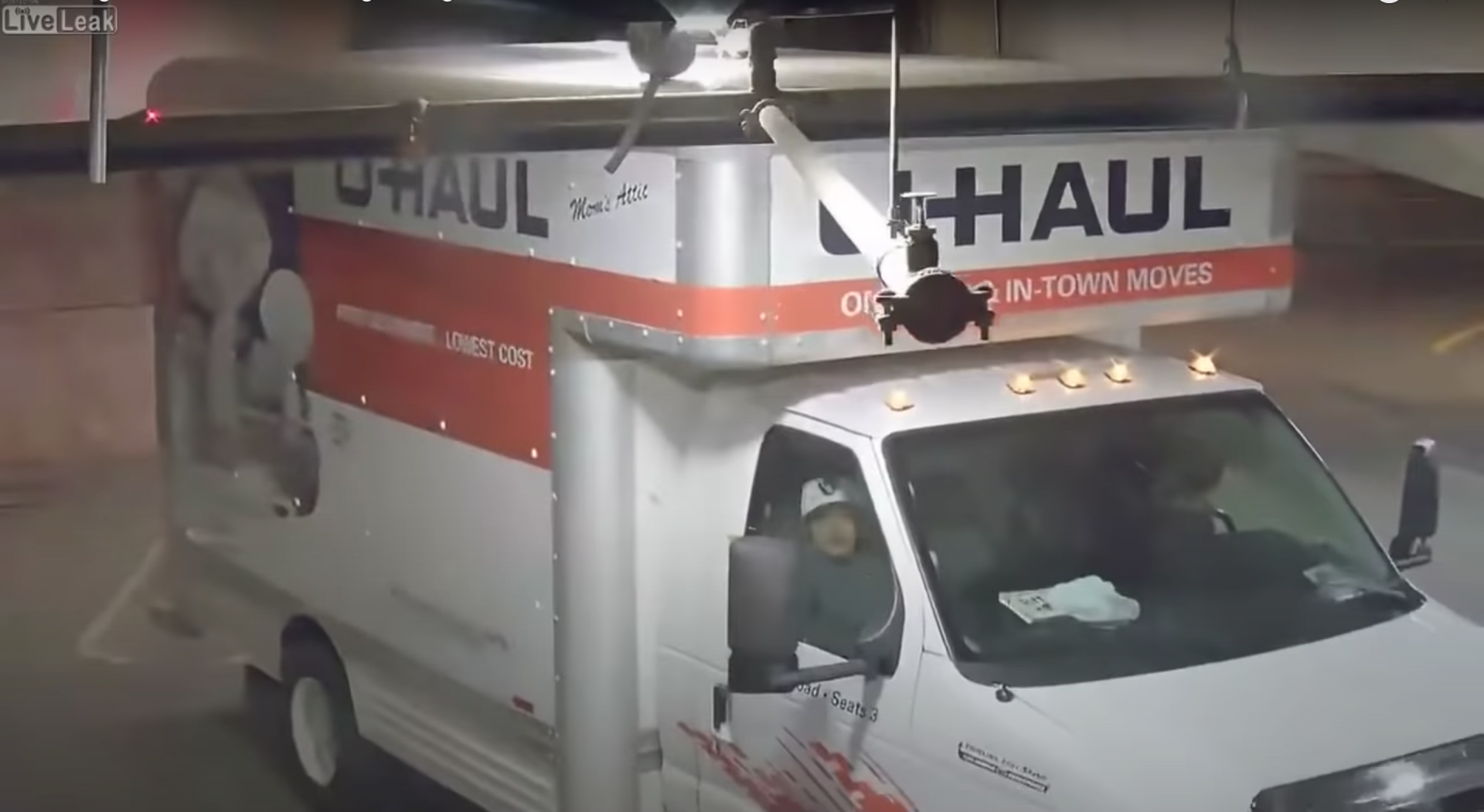 At about 50 seconds into the video, things get especially rough for the pair in the U-Haul’s cabin. After jerking back and forth, the truck hits a line that has some kind of brown liquid in it; a brown liquid which quickly proceeds to spill down every side of the truck. (We could speculate on what the liquid is, but your guess is as good, and probably gross, as ours.)

The epic struggle comes to a glorious ending after about two minutes. After hitting more waterlines, which subsequently wash off the brown liquid—yay silver linings—and watching a car pass by, the vehicle’s driver decides to simply punch the gas. This, of course, ends with the truck getting completely stuck, just out of frame. If this were an episode of Arrested Development, that’s when we’d cut back to Buster talking about that time he took the U-Haul out for a spin. And made a huge mistake. 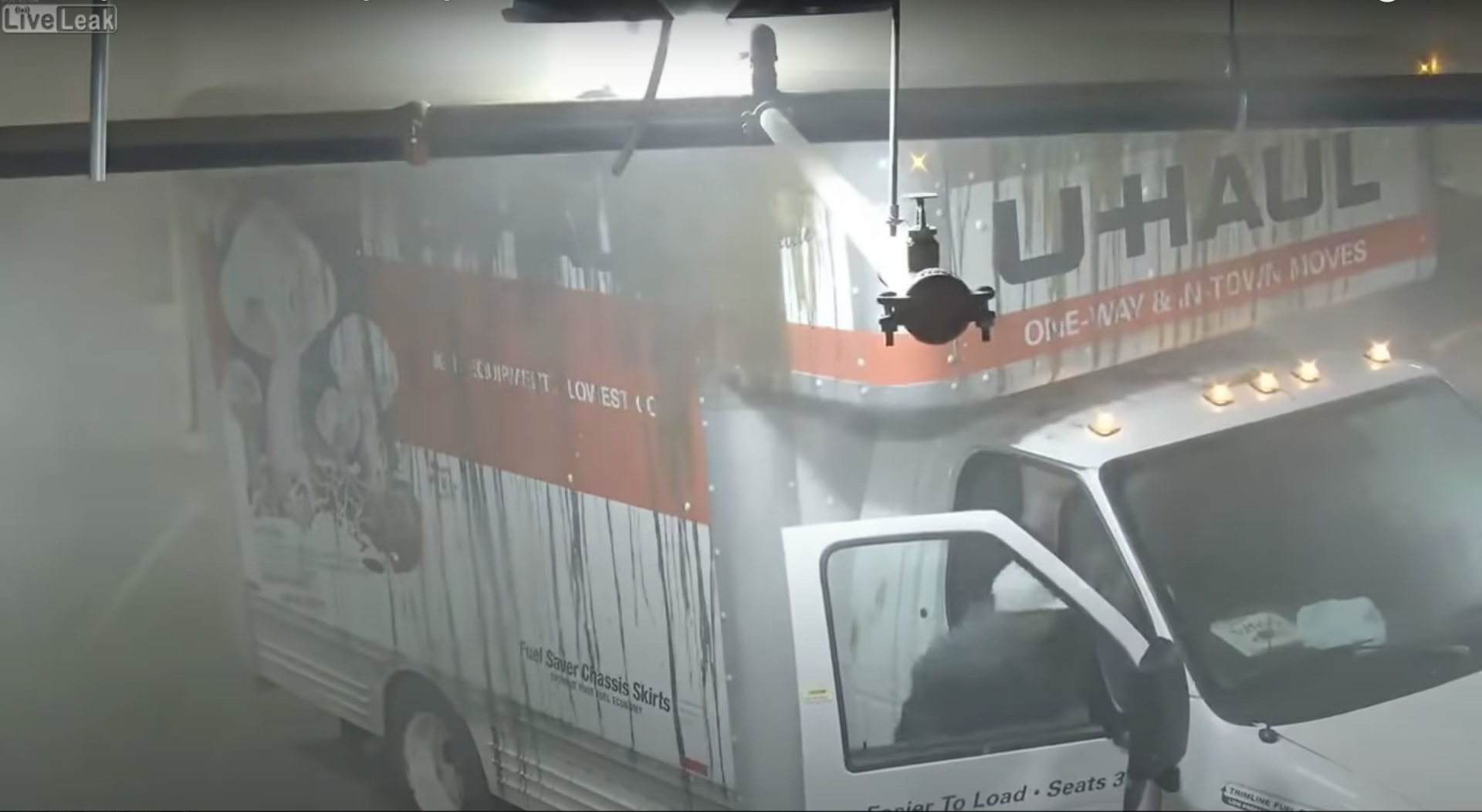