Great Conjunction of Jupiter and Saturn Explained by NASA - Nerdist

Great Conjunction of Jupiter and Saturn Explained by NASA

You may have heard some hubbub about the “Great Conjunction” that’s about to happen between Jupiter and Saturn. But while the event sounds like something that’d make a Gremlin rave pop off, it’s simply a beautiful astronomical occurrence. One that, as NASA explains, hasn’t occurred this precisely in 400 years. 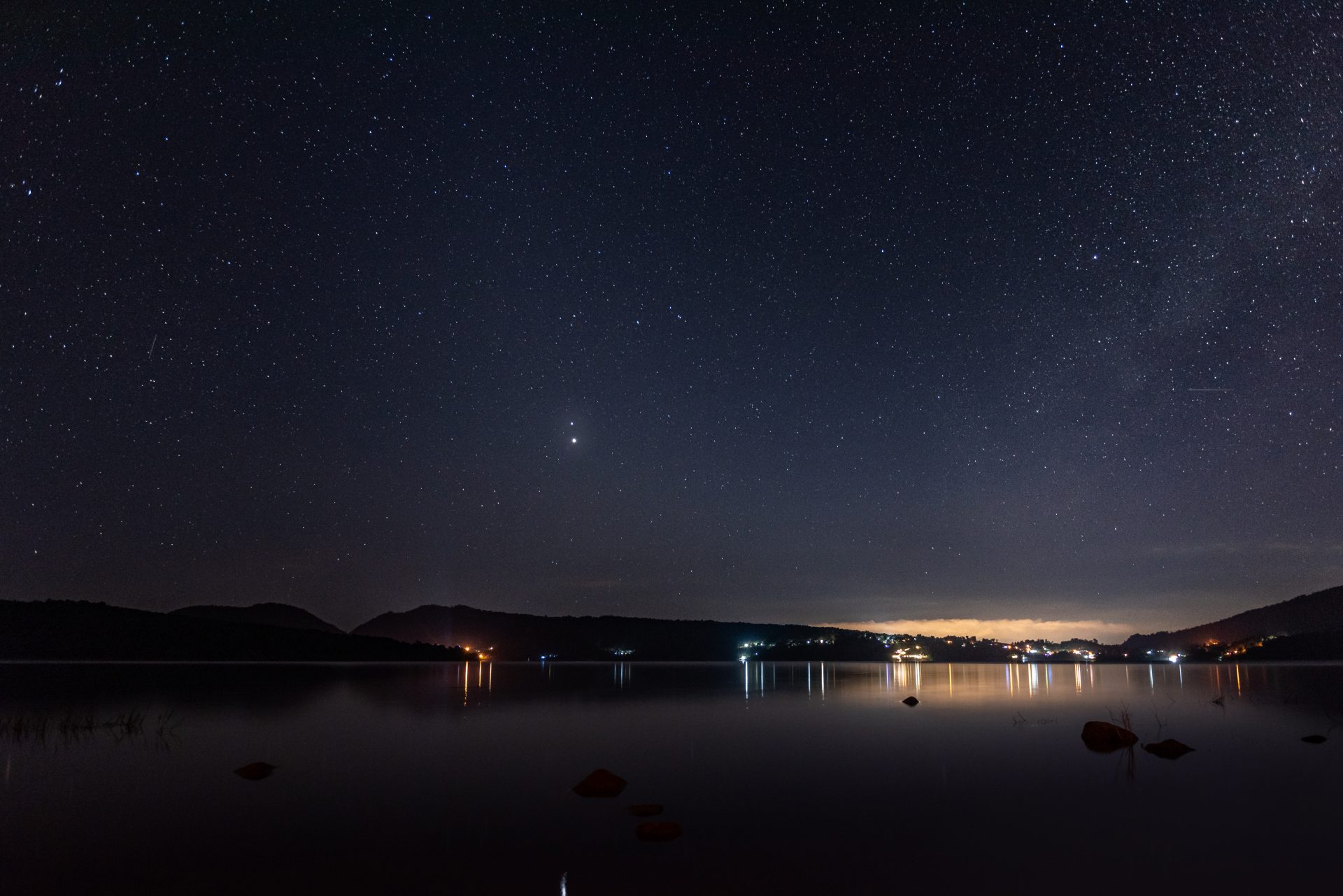 As NASA notes, the Great Conjunction between Jupiter and Saturn will occur on December 21. It will take place when the former “catches up” to the latter in the sky. From Earth, that means Jupiter will pass in front of Saturn and the two planets will essentially look like one.

“You can imagine the solar system to be a racetrack, with each of the planets as a runner in their own lane and the Earth toward the center of the stadium,” Henry Throop, an astronomer at NASA, said in the agency’s explainer. “From our vantage point, we’ll be able to see Jupiter on the inside lane, approaching Saturn all month and finally overtaking it on December 21.”

The astronomical event, also known as the “Christmas Star,” is especially vibrant, and will—for the first time in 800 years—happen at night. This means people will be able to see the event with the naked eye; for several weeks as well, as December 21 marks only the conjunction’s culmination. (a small but cool thing in this dumpster fire year.)

Saturn and Jupiter are inching closer to each other in the sky—and on December 21, they'll appear the closest they have in 400 years!

📸 Have pics of their planetary dance? Send them in for @NASA's live show on the Great Conjunction: https://t.co/L4zr50mDgH pic.twitter.com/aoYxChoodP

Even people who aren’t avid skywatchers may want to pop out to catch the Conjunction. Not only will observers not need telescopes, but this will be the closest Conjunction in 400 years. On top of that, what better, safer way to get some fresh air than skywatching? The next one won’t be until 2040, so take advantage while you can. And maybe we’ll get some cool prophecies or something out of this Great Conjunction (it’s a very Dark Crystal kind of label).