Why TREMORS Continues to Absolutely Own

There are some movies that we’ve all internalized, taken for granted, after years of viewing. On home video and cable TV over the past few decades, some movies have become ubiquitous. It’s like they’ve always been there. But let us all stop to think about the majesty, the monster movie perfection (pun intended) of 1990’s Tremors. What a weird concept, and yet what an amazing movie. And it just so happens that this week marks 31 years of Tremors‘ supremacy.

And so, to commemorate this, and the fact that Arrow Video has released a fantastic 4K restoration on Blu-ray, let’s talk about why Tremors continues to whip ass.

If for some reason you haven’t seen Tremors—and if that’s the case, you must have never turned on TNT ever—here’s the basic premise. In the middle of the desert lies the town of Perfection, NV, which has almost no people in it and one miniscule strip of mobile homes and a general store. It’s puny. Two of its residents, Valentine “Val” McKee (Kevin Bacon) and Earl Bassett (Fred Ward), are local handymen who plan on getting out of the podunk town. On their way out, they find another local dead, up on an electrical pole. Seems he died of dehydration, too scared to climb down.

This is obviously fairly weird, but it’s not isolated. More people end up dead and soon Val and Earl learn the truth: there are enormous worm creatures under the earth. Luckily, the appearance of a seismology student named Rhonda (Finn Carter) sheds a little light on things; but that doesn’t make the town’s fight against the three carnivorous tubes any easier. Even with residents Burt and Heather Gummer (Michael Gross and Reba McIntyre) who have a gigantic arsenal in their house.

As all things do, it starts with the script. Writing team S.S. Wilson and Brent Maddock had already written the ’80s hits Short Circuit and *batteries not included. Their initial idea for Tremors was Land Sharks, which is pretty much still what it ended up being. Their script ended up as one of the funniest, smartest, and weirdest takes on a monster movie you could hope for. It seems obvious to mention mechanical proficiency, but they lay in set-ups, callbacks, and payoffs the whole way through. 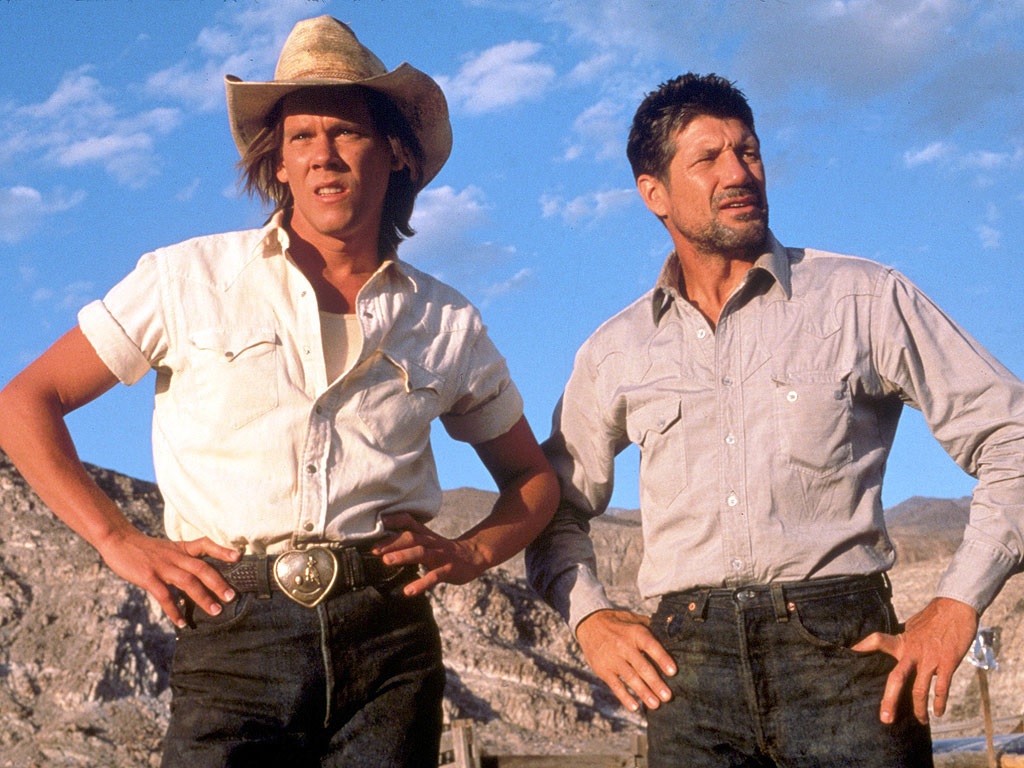 It’s these little but important touches that help make the audience care about the plight of the characters. And the characters in Tremors are outstanding. Val and Earl’s relationship is pitch-perfect; there’s clear love between the two but they bicker and one-up each other at every turn. It’s one of the most believable fraternal bonds in any movie of its type. Rhonda manages to be both the exposition character and Val’s romantic interest without taking away any of her agency or capability. And the entire rest of the town—from the Gummers to Walter the store owner—feel like real people. Real oddball people, but real. 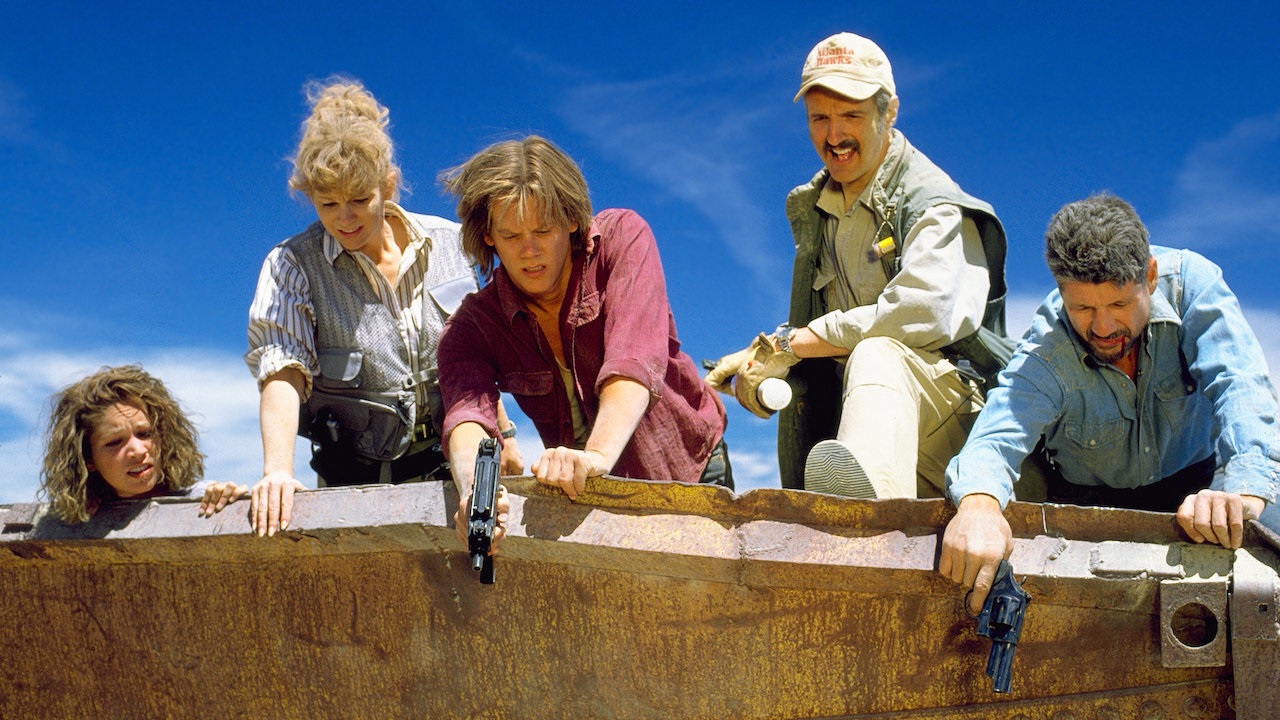 That Tremors is as good as it is also has a lot to do with Ron Underwood, the first-time director at the helm. This movie has a small cast but it looks enormous, and feels it too. The stakes couldn’t be higher, and we want these people to succeed. Success in this case is not dying, of course. Underwood, who collaborated on the script, absolutely understood how to balance the humor with the scares. The monsters are never played for laughs, but the characters’ reactions to them are.

It it contains maybe the best comedy reveal shot in any movie. (at about 1:10 of the below clip.)

In a period of time full of amazing practical monsters, the graboids in Tremors stand up as a beautiful, grotesque design. Big worms with tripod mandibles and offshoot mouth-arm things. It shouldn’t work, and yet it does. Alec Gillis and Tom Woodruff Jr. designed the creatures and built the full-size puppets, while the Oscar-winning Skotak brothers realized the graboids for miniature shots. The craftwork on display is second to none, and honestly beats the pants off of anything CGI can do. Hell, something as simple as pulling a buoy underneath fake ground to make it look like a massive worm moving the Earth works to absolute perfection. 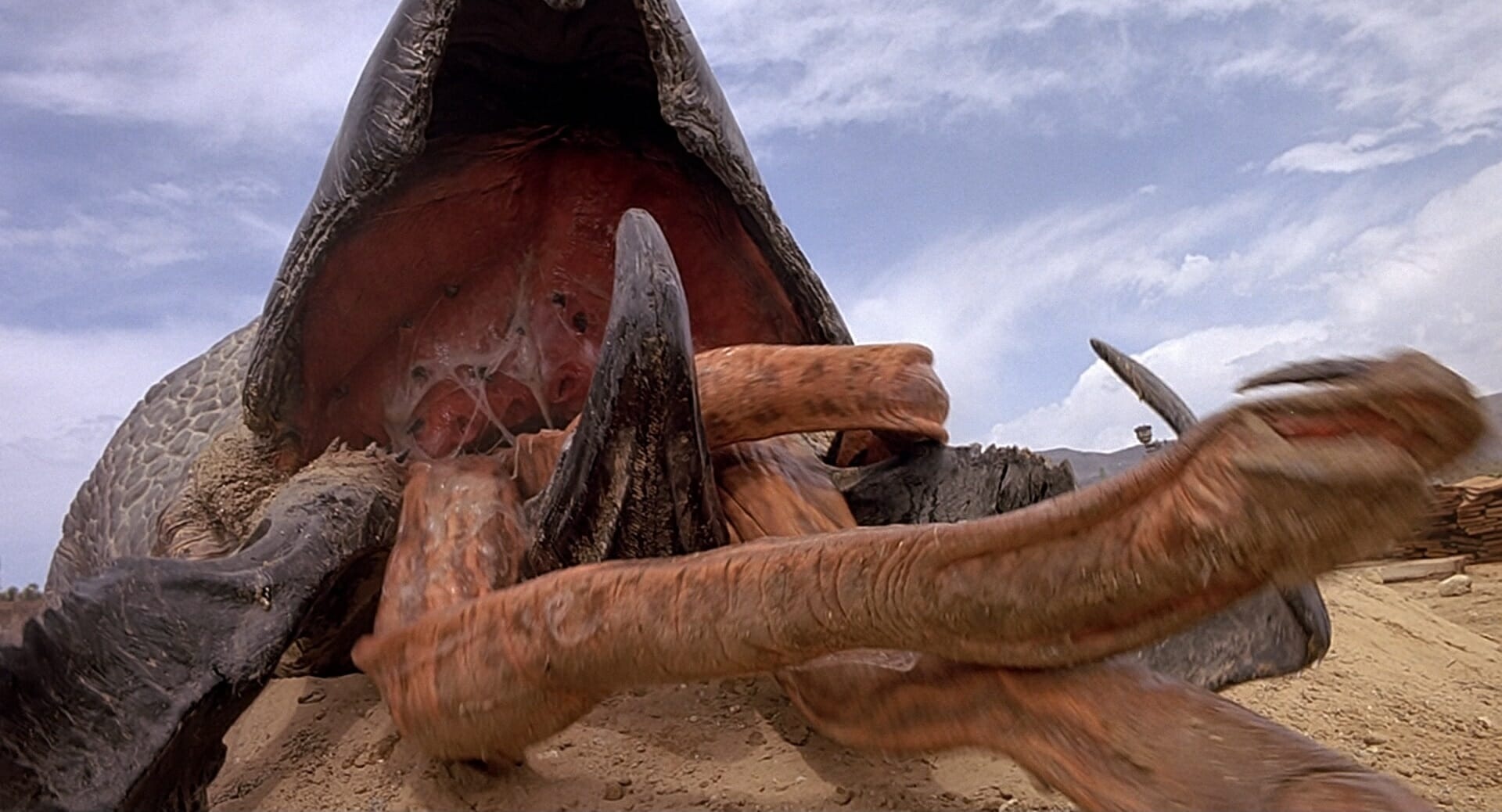 Basically what we’re saying is even if you feel like you’ve seen Tremors enough times, I’d urge you to give it another look, with modern eyes. It stands up remarkably well, even with a few early PG-13 hiccups. (They dub over some bad language, but keep a lot of gore…very weird days.) It’s maybe the best movie of its type anywhere.

And, hey, if you learn this cast list, you can very easily win the next time you play Six Degrees of Kevin Bacon.