My family home used to have an attic. But when my grandparents bought it almost 60 years ago, they closed it up. No one has been up there since. One time, many years later, a previous owner rang the bell claiming she’d left something behind up there. I’ve thought about that story a million times since I first heard it as a kid. I’ve always wondered what, if anything, could be hidden in that lost attic. Gold and jewelry? Old coins that are now worth millions? Or just straight cash?

That won’t sound so ridiculous after you hear what happened to a woman in Massachusetts. She hired a treasure hunter to look for money rumored to be hidden inside her home. And he found it.

A woman in western Massachusetts hired “detectorist” Keith Wille of the YouTube channel RediscoverLost to put to rest an old family legend. (Which we first heard about at Boing Boing.) An old rumor said her relatives had hidden a large amount of cash somewhere in the house. Her aunt and uncle had previously owned the home, which was built in the ’50s, her. According to legend, they left money behind. But where it might have been or how much was inside were unknown. It wasn’t even obvious the rumor was true.

Previous attempts to find the hidden treasure had turned up empty. But before she sold the house, she decided to take one last crack at finding it. Wille set out with the help of a clue: that you see the box of money through the floorboards in the attic. Evidence of previous searches showed him where not to look. He then used a metal detector and endoscopic camera, with an assist from his iPhone. And in just 50 minutes, he found it. It wan old metal box containing $46,000. 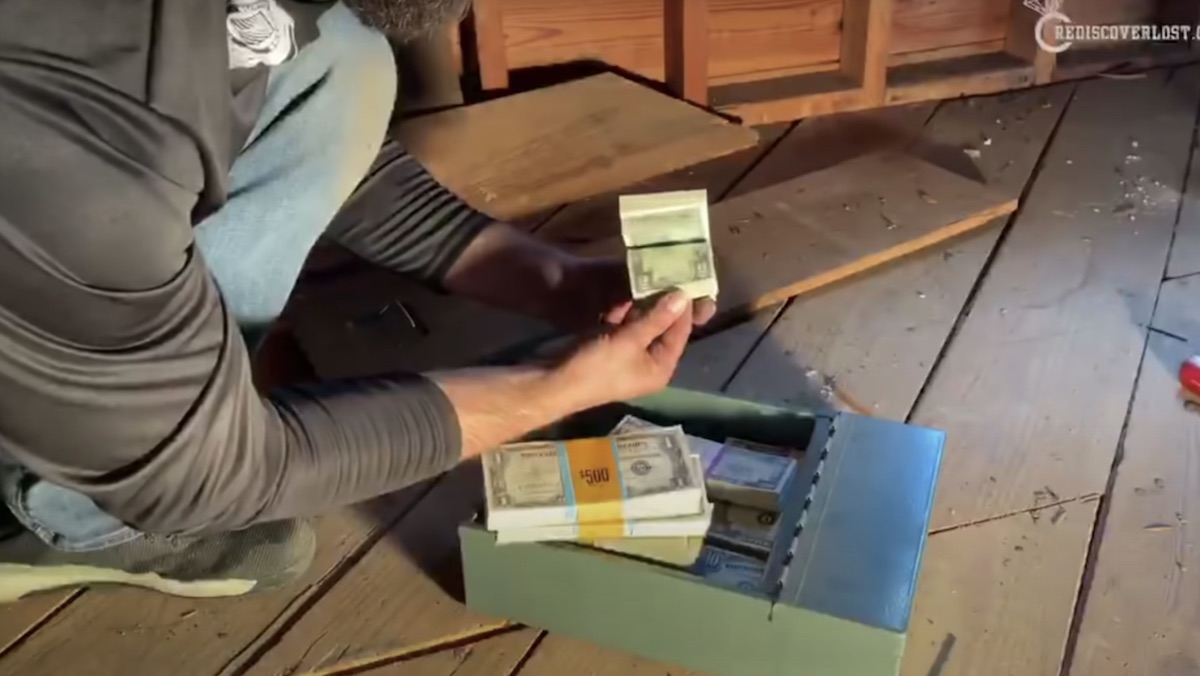 That’s one hell of a moving gift. Of course, had that money gone into a bank 60 years ago, it would be worth a whole lot more. Which really puts something into perspective for me: it’s time we check our attic.