The Cybertronic Spree seemingly shot “Barracuda” from their individual homes during quarantine. At least it looks like Arcee is rockin’ out in her bedroom to us. This video is a nice companion to the recent “Barracuda” fan-made tribute video featuring Ahsoka Tano. We fully support at the love this classic Heart tune is getting in pop culture lately, because it’s a timeless and very kick ass song. You can watch the full video right here:

This video is hardly the first time Cybertronic Spree has dropped a memorable classic rock tribute. Not that long ago, they released a pretty fantastic version of the Led Zeppelin classic “ Immigrant Song.” Which, due to its memorable use in Thor: Ragnarok, kind of makes it a Transformers/Marvel crossover? Kind of? (Just let us have this). In years past, they’ve had other “crossover” moments, like when they performed the Ghostbusters theme. Of course, they also covered “ The Touch” by Stan Bush, from 1986’s Transformers: The Movie. That one is kind of a requirement if you’re a Transformers cover band we imagine. 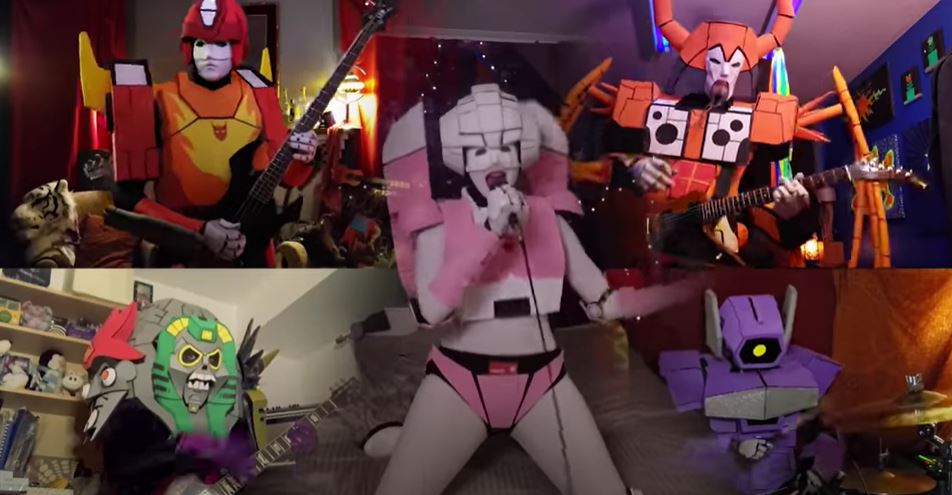 For eight years now, The Cybertronic Spree have been delighting audiences everywhere. Band members have a listing on the official Cybertronic Spree site as “Hotrod, Arcee, Rumble, Unicron, Soundwave, Bumblebee, Shockwave and a Quintesson.” As so-called “rockstars in disguise,” let’s just say they all probably just want to keep their disguises. The group plan to tour this fall, Covid-19 situation permitting, of course. Check out their tour itinerary on their retro-flavored website.