There is a very fine line between mugging it up for the cameras and causing a commotion at a sporting event. For instance, making a goofy face on the jumbotron at the baseball game is one thing. But catching a foul ball when it robs a third baseman of making the out is a giant party foul. However, few things are worse than causing a crash at the Tour de France. Which, unfortunately, actually happened this week.

During stage one of the tour over the weekend, a spectator with an unfortunately-long sign went a little too far for her photo op. The sign clipped cyclist Tony Martin, who went down, causing a giant pileup. Eventually blocking the whole roadway. It’s pretty brutal.

According to Geekologie, where we first saw the news, the sign was a little anticlimactic. In a combination of French and German, the sign reads “ALLEZ OPI-OMI!” That roughly translates to “Go grandpa-grandma.” The disruptive spectator quickly vanished amid the chaos and according to  CBS News, she has still not been located. The outlet reports that the Tour de France authorities plan to sue her for the disruption. 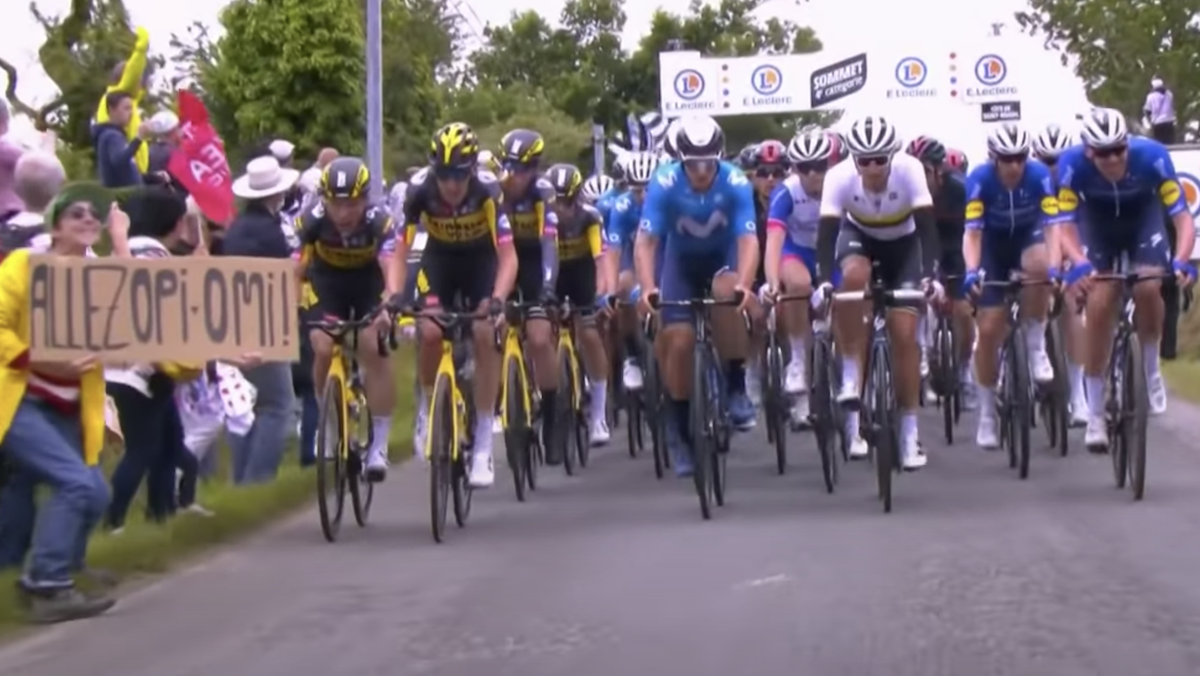 The pile-up caused several injuries among cyclists and spectators. Thankfully, cyclists all wear helmets during the 21-day race, or else it could’ve been worse. Martin, the German cyclist who collided with the sign, walked away uninjured. He took to Instagram to remind spectators to be respectful during the race and not treat it like a “circus.” As part of his plea, he reminded his followers that the cyclists are moving at 5o kilometers per hour—about 31mph—which is a very fast object to collide with. Certainly not worth a crude photo op!

We can’t help but wonder if her grandparents wish to be excluded from this unfortunate narrative. Well, let this be a lesson to us all the next time we have an ill-conceived plan for a quick TV cameo.