This Legend Juggles and Solves 3 Rubik's Cubes While Unicycling - Nerdist

This Legend Juggles and Solves 3 Rubik’s Cubes While Unicycling

Anybody who has trouble patting their head and rubbing their tummy is about to get blown away by Thaddeus Krueger. That’s because Krueger, a mechanical engineering major at Cedarville University in Ohio, is able to juggle and solve three Rubik’s Cubes simultaneously. While Unicycling.

“I knew how to solve a Rubik’s Cube, juggle and ride an unicycle, so why not mix them together,” Krueger said in a Cedarville University press release. “I have always loved being able to do things that I have never been able to do before,” he added. 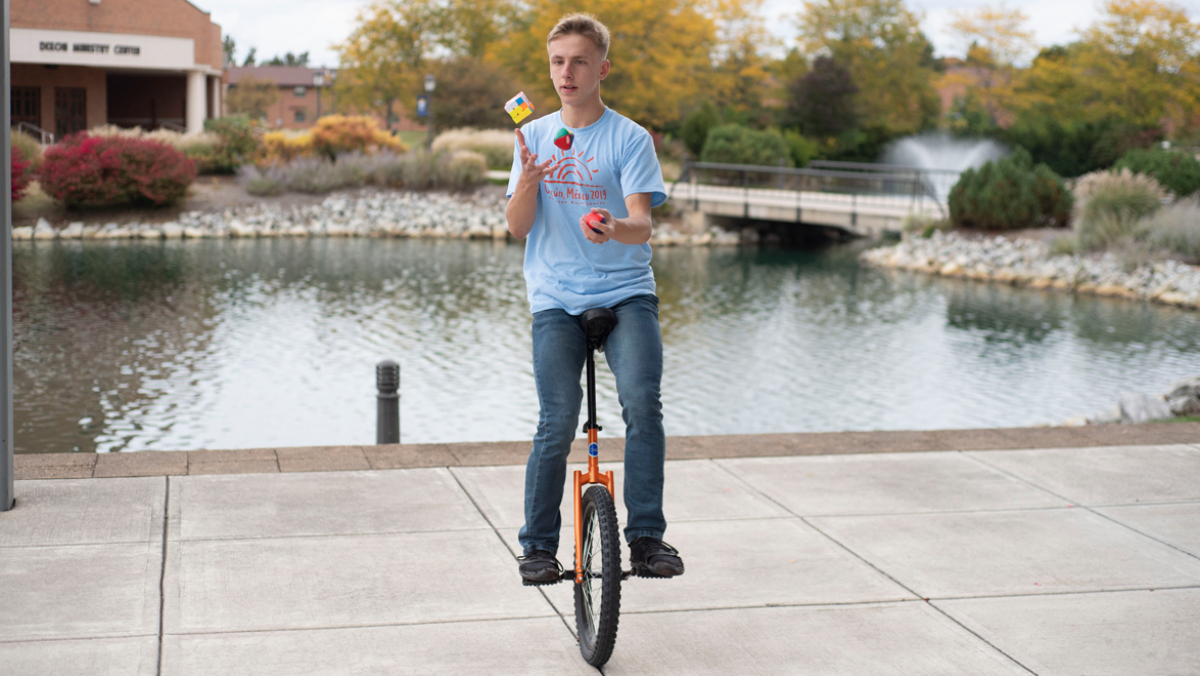 To teach himself, the autodidact first figured out how to stall in one place on a unicycle. He then combined all three talents.It should be noted that legendary solver Ravi Fernando unicycled, juggled two balls, and solved a single Rubik’s Cube simultaneously in 2013. However, he did not juggle his Cube.

“I push myself in whatever I am doing, whether it is school or activities, and this talent is just proof of that,” Thaddeus added in the release. And, incidentally, so too does his brother, Ivan. Like Thaddeus, Ivan is an incredible Rubik’s Cube solver, and is also quite adept at using his feet. In fact, Ivan is able to solve a Cube in just over 38.46 seconds solely using his toes. 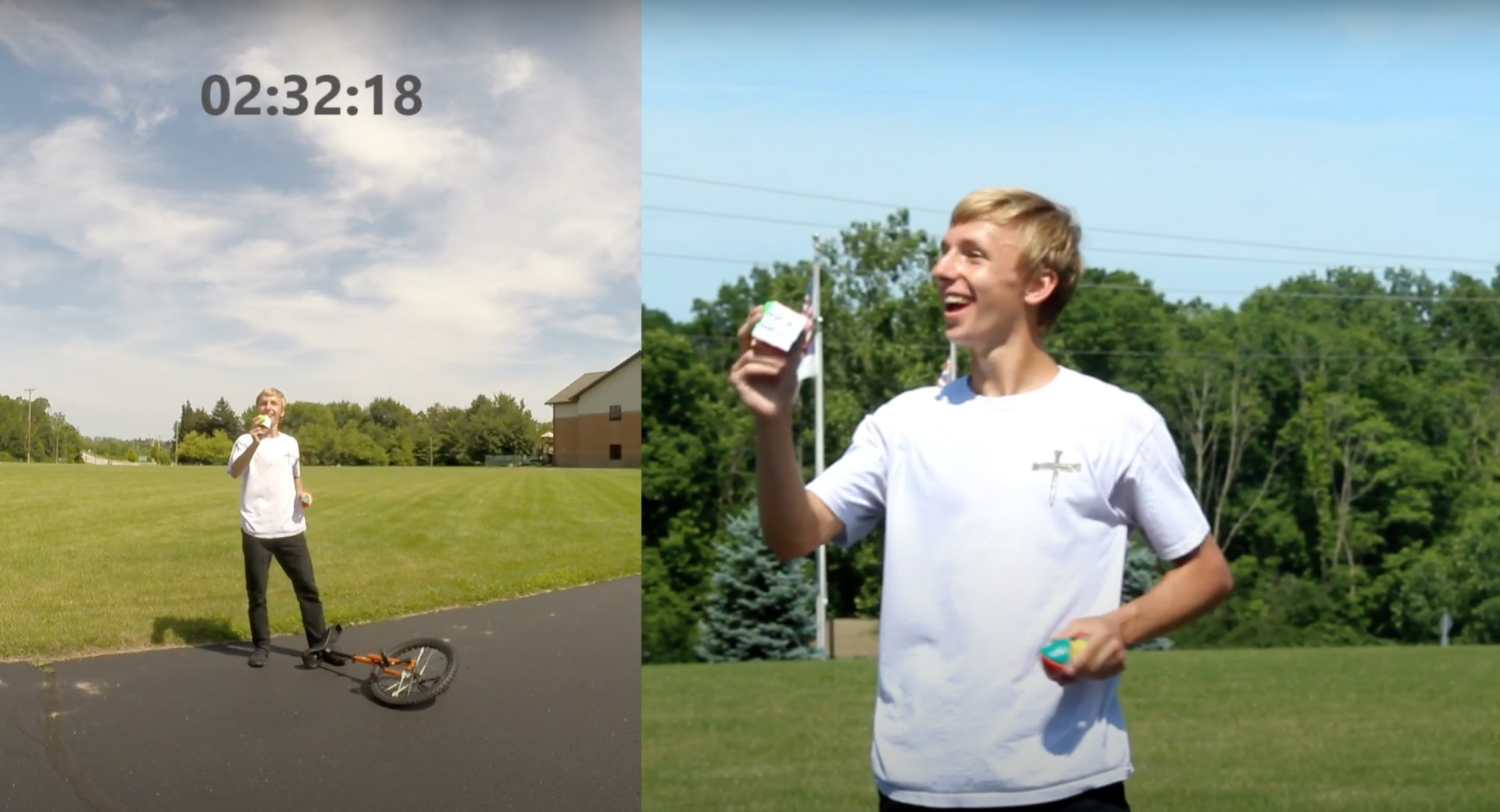 “Learning to solve a Rubik’s Cube with my feet helped me realize that … I’m pretty good at figuring [things] out, even if I’m not good at it in the beginning,” Ivan said. “If I actually put in the time and push through the pain I can accomplish a lot,” the foot-solver added.

Which is a sentiment that should give a big ray of hope to anyone looking to multitask like a boss. Or at least rub and pat simultaneously.