Rally The Troops For These Superb World War II Board Games

World War II was likely the bloodiest conflict in human history, with a death toll ranging between 60 and 85 million. The conflict rakes in superlatives, with the largest battle of all time at Stalingrad (over a million combatants on both sides), the largest tank battle ever at Kursk, mammoth amphibious assaults on Normandy and Okinawa, and the use of the atomic bomb at Hiroshima and Nagasaki. Throw in villains worthy of the title in the Nazis, and World War II becomes irresistible catnip to 21st-century gamers.

And who doesn’t want to see if they can do better than the generals? These four board games move up and down the line in scale and complexity, offering something for everyone from enthusiastic newbs to the saltiest veterans.

Prepare to satisfy the urges of your inner Patton. 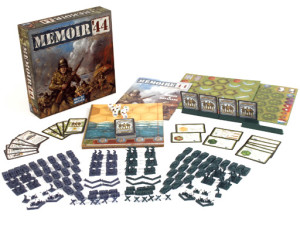 The simplest of our top four is Days of Wonder’s Memoir 44, a small unit game for the casual gamer. You run your literal little plastic men through 17 scenarios related to the D-Day invasion of 1944. The system is based on the venerable Civil War game Battle Cry, and most games clock in at under 60 minutes, allowing players to get more than one game done in an evening.

Tide of Iron is a World War II board game of squad level tactics. Its rules are realistic, but not so realistic that it will hurt your brain. The base game comes with scenarios and runs one to four hours depending on difficulty. The game even has a load of expansions already in print and ready to keep you reliving the Big One. 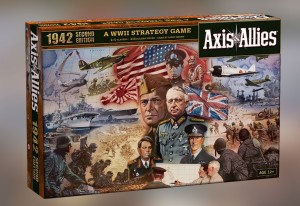 Axis & Allies from Wizards of the Coast is a game mammoth in scale. Its board covers the entire world, save Antarctica, and it comes with hundreds of historically accurate miniatures. When you belly up to the table, you truly feel the fate of the world is in your Dorito-stained hands. The game features rules for an economy, and its worldwide scale truly tests the mettle of players. The rules are not particularly complicated, but its scope is such that you’ll be playing for two or maybe even three full nights if you want to get a complete game in.

A true war game, Rules of Engagement features beefy, complex rules as intricate as the Sisteine Chapel. Orders, rate of fire, and morale all play a role in this game. Oh, and no pieces come with it. Just rules. Pieces are for posers who don’t want to paint their own historically accurate 28mm Panzer Grenadiers. So if you are looking for a game that’ll put hair on your chest or polish on your nails, this one’s for you.

What’s your favorite World War II game? Do you like your wargames short and sweet or long enough to last a summer? Let us know in the comments below!

Other images courtesy Great Escape Games, Wizards of the Coast, Days of Wonder, and 1A Games.