If you live in a country that has access to Netflix, Amazon Prime, or any other streaming service, the odds you binge-watch television are overwhelming. But just how much time do you spend watching TV series? And how long would it take to binge the ones on your list? The new web tool, Can I Binge?, has all the answers.

Laughing Squid reported on Can I Binge?, as the site’s back in the news after receiving a nomination for a Webby Award. An internet tool that tells people how long it’ll take to “binge” television potentially winning a “Webby” award is the perfect encapsulation of this decade’s zeitgeist so far. At least when it comes to the digital media we stream directly into our brains. 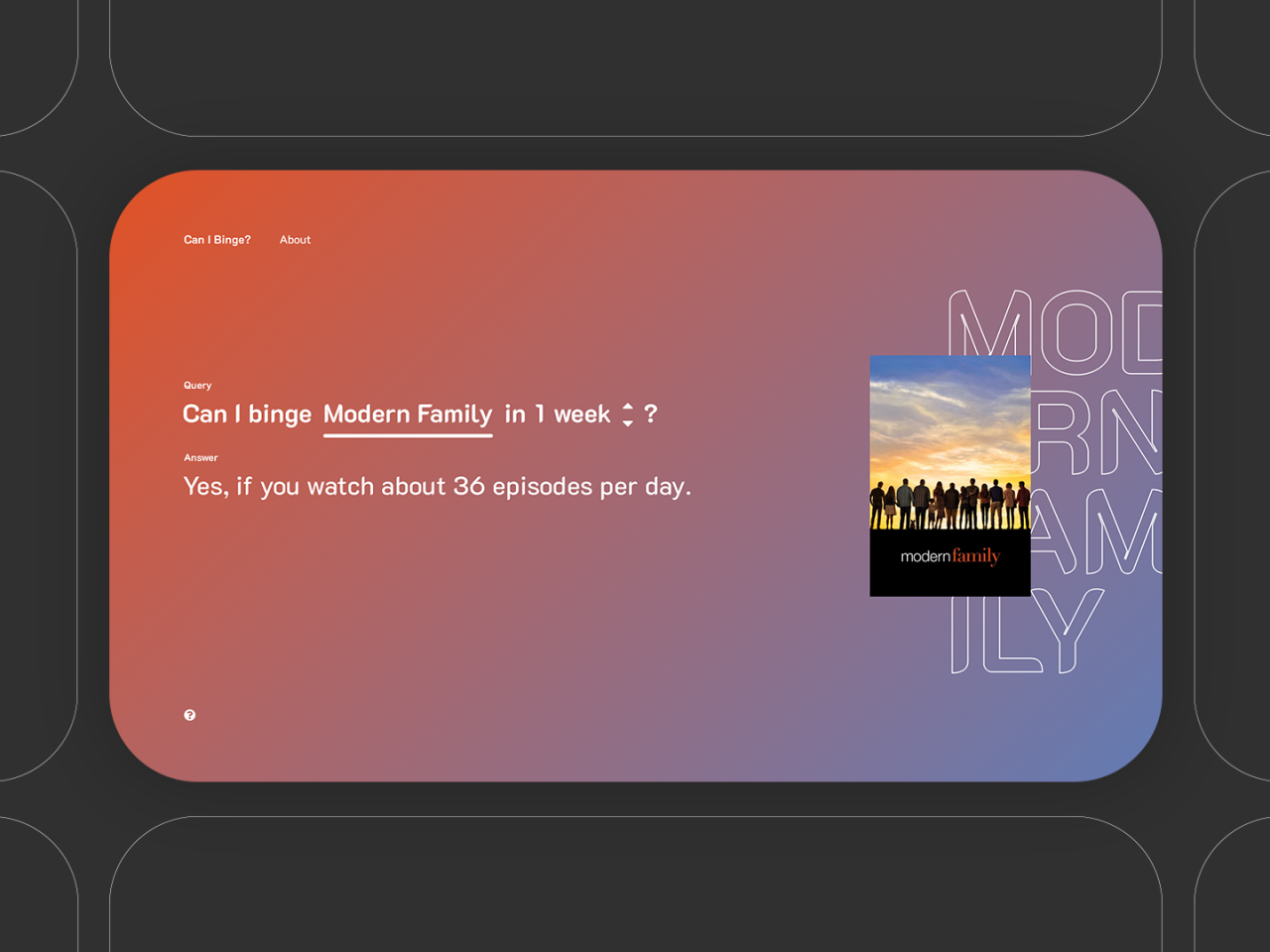 Like most great tools, Can I Binge? is so easy to use a monkey could learn how to work it. (Just as easily as it learns how to play MindPong.) All one has to do is plug a series’ title into the available text box and click it when it comes up as an option. And, like magic, the tool will foreshadow just how much of your life you will sacrifice to the magnificent glowing screens in your home.

For fun, we entered some of TV’s longest running shows. The Simpsons, for example, would require watchers to melt their brains for 12 days straight. (That’s 288 hours.) Law & Order: Special Victims Unit? Fifteen straight days. Although, even allowing for time to sleep, we’re not sure if that would be humanly possible considering how many Law & Order “Dun Dun” intros one would have to absorb. 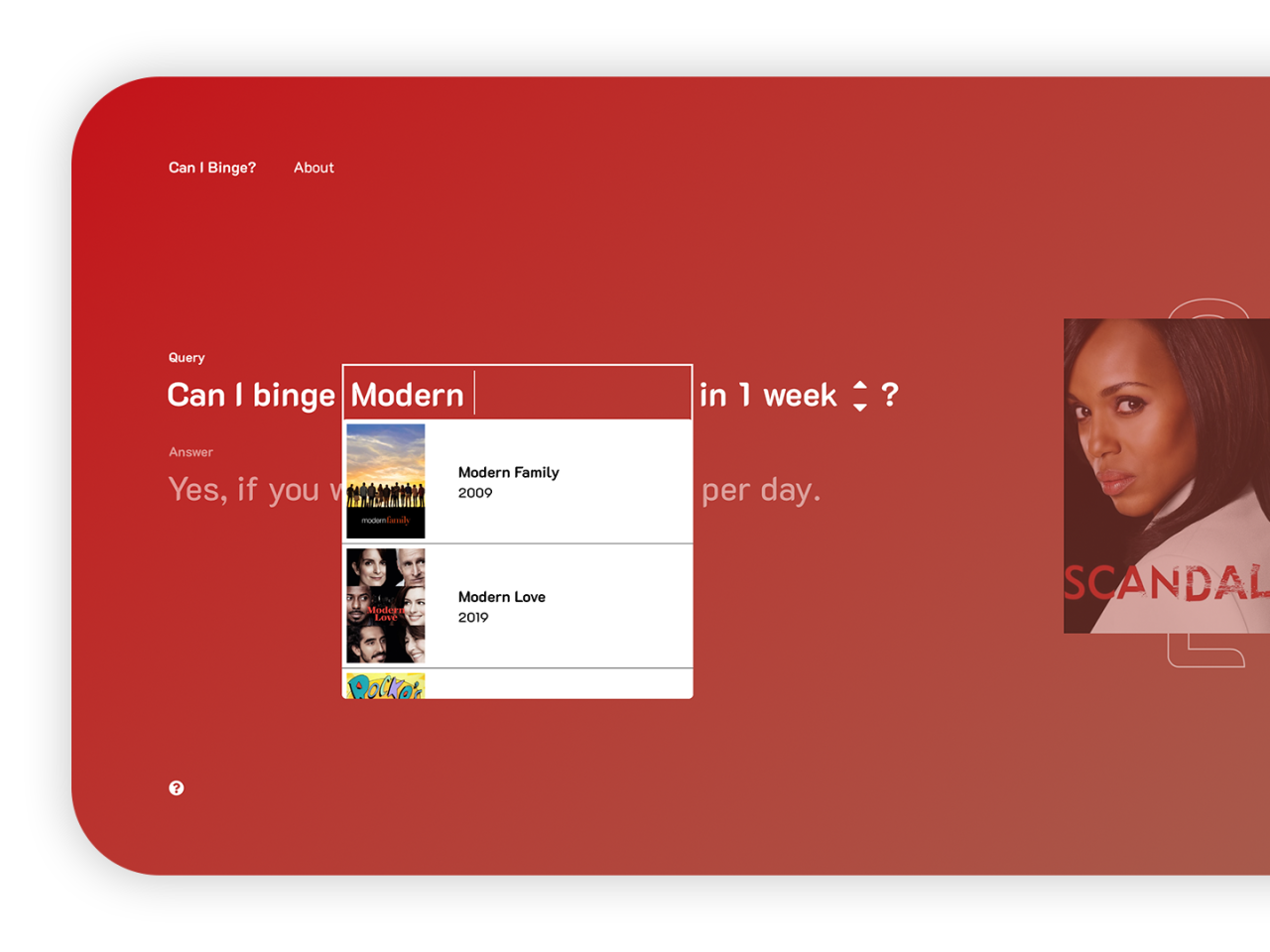 Those who care less about how long it’ll take to binge a show and are more concerned with finding more content to watch, we have you covered. Whether you’re looking for spooky, Westerns, science fiction, or throwbacks, there are a ton of great shows to binge. Just be prepared to give up a few days of your life to do so.

Feature image: Can I Binge