There’s no shortage of streaming horror these days. But not everything is a winner. In a vast sea of spooky content, only some things need your utmost attention. And we’re here today to give you the perfect creepy binge suggestion. It isn’t brand new, but it’s worthy of your renewed attention if you missed it. And if you already have Apple TV+, then you can start that binge today, just in time for Halloween. The show is called Servant and it’s one of the best pieces of horror television I’ve seen. You do not want to miss this one.

What’s it about? Servant follows a couple named Dorothy (Lauren Ambrose) and Sean (Toby Kebbell) Turner, wealthy Philadelphians who’ve suffered a terrible tragedy: the apparent crib death of their infant son Jericho. Dorothy is so grief stricken that she believes a reborn doll modeled after Jericho is her real son. She treats the doll with affection and devotion, never acknowledging that it isn’t really her child. Sean puts up with the act to salvage his relationship and to keep Dorothy from the brink of mental collapse. Her brother Julian ( Rupert Grint) is also in on the act.

But things get really creepy when the couple hires a nanny named Leanne (Nell Tiger Free). The strange girl shows up to their decadent brownstone with only a few humble belongings. She’s devoutly religious, which troubles Sean. And like Dorothy, she refuses to acknowledge that Jericho is actually a doll. Soon, odd things begin to happen, seemingly triggered by Leanne’s appearance.

I won’t spoil the show for you. It really hinges on its surprises—and there are plenty. But I did want to offer up a few more reasons why you should watch Servant, and what makes it the perfect Halloween binge. 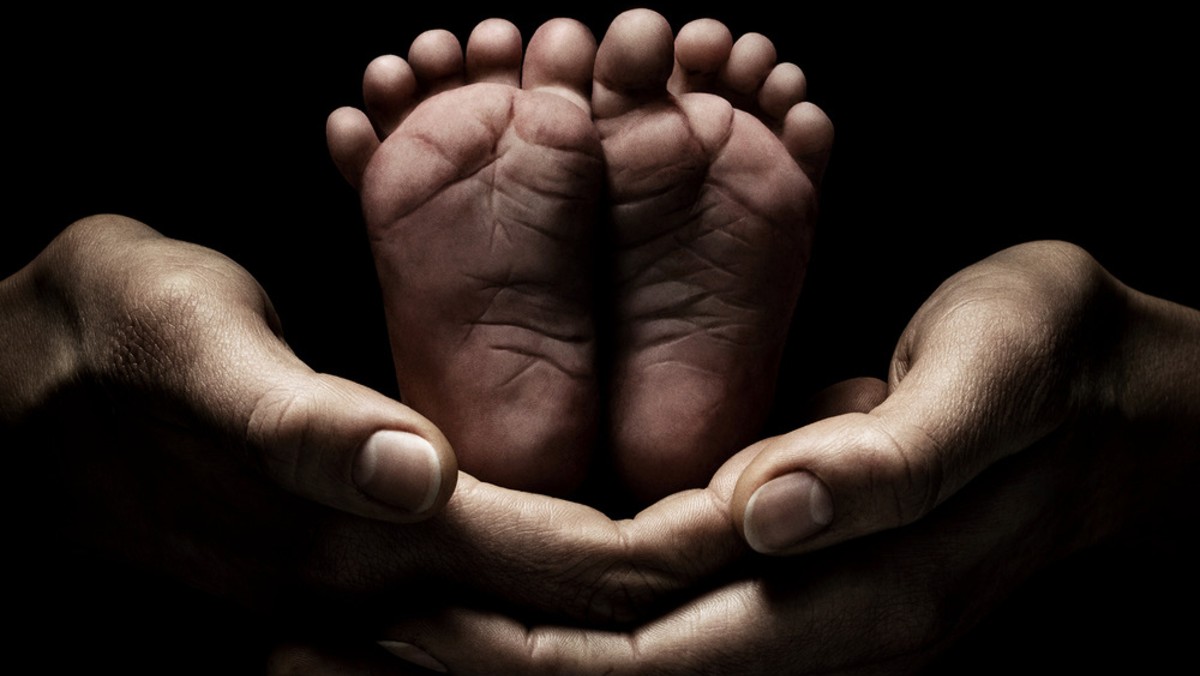 M. Night Shyamalan is a producer

Yes, one of the biggest names in horror is responsible for Servant. M. Night Shyamalan, who brought us classics like The Sixth Sense and Signs, is an executive producer on Servant. You can tell right away that the show is operating in that familiar Shyamalan landscape. It’s set in Pennsylvania, his home state and the setting for many of his films. It’s also instantly foreboding, for reasons you can’t really grasp. Like the best Shyamalan projects, this thing is dripping with a dread that’s hard to name. You’re uncomfortable, and you don’t know why. Something is just off.

Shyamalan didn’t just executive produce the series. He also directed the superb pilot, titled “Reborn,” and the penultimate first season episode “Jericho.” If you’re a fan of his films, just you wait. This is one of the best things he’s been a part of in years. 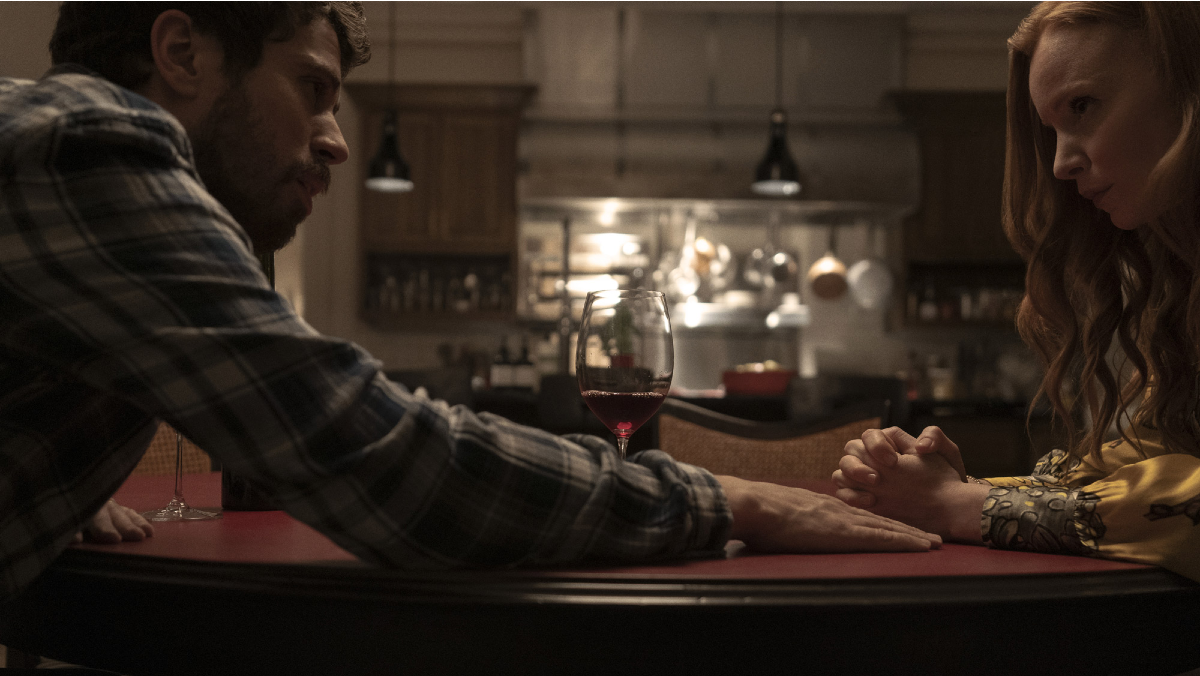 The atmosphere is a character

There’s something immediately decadent about Servant. It starts with the beautiful Philadelphia brownstone the Turners occupy. Immediately, we’re placed in this almost regal setting, where surfaces shine and wall patterns come to life. And like another one of my favorite horror shows, Hannibal, food plays a huge role in the series. Sean is a chef, so food is everywhere. (The show actually had a food consultant: chef Marc Vetri.) Plates of seafood and vegetables are both beautiful and ominous. And dinner scenes between the family are fully of unspeakable tension.

These things, paired with the autumn timeframe, lend a ton of necessary atmosphere to the show. You’re placed in a setting both beautiful and terrifying. There is so much emptiness in this great big house. So much to look at that you fear objects might come to life. And that’s to say nothing of the baby doll perched in an upstairs bedroom, and the strange girl who cares for him. 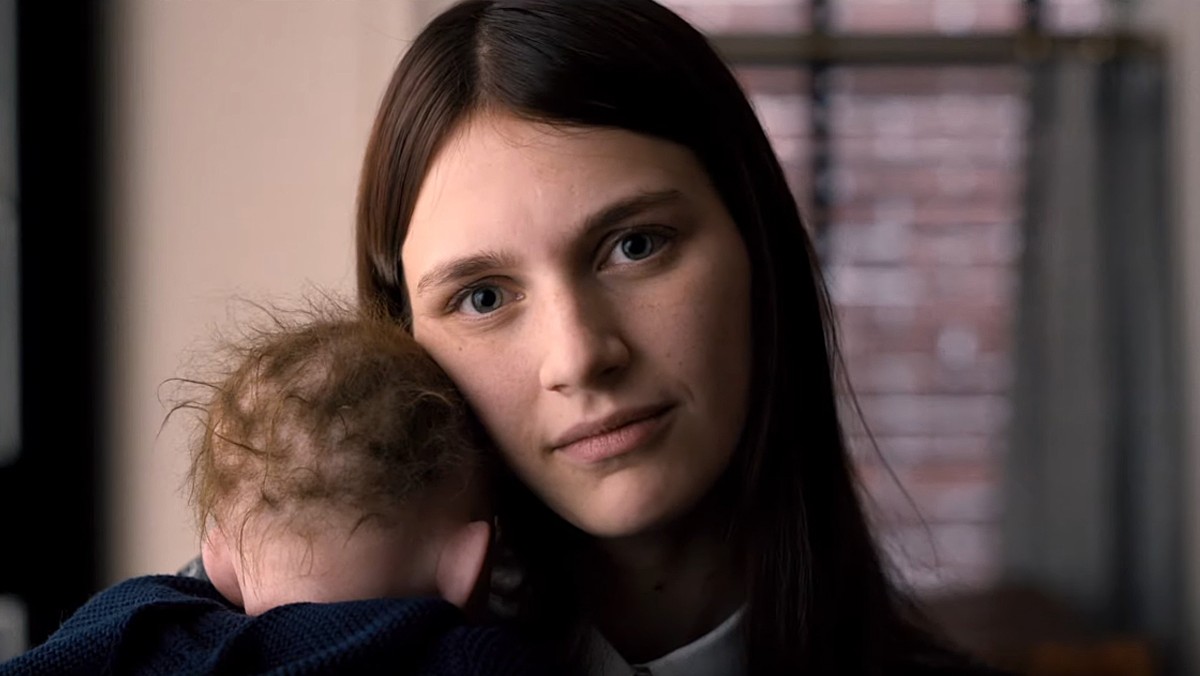 Really, Servant sings because of its performances. Lauren Ambrose is terrific as Dorothy, a woman on the edge of so much danger. We empathize with her, we worry for her, and we watch as she navigates this tightrope of maternal expectations and woes. She is really dazzling in the part; the show wouldn’t work without her. Likewise, Toby Kebbell puts in a strong performance as Sean. He’s on his own tightrope, one laced with grief and trauma and anxiety and anger. Together, they make for a couple just seconds away from dissolution. And we care for them so much.

Rupert Grint is a welcome addition to the cast, and he really does bear a strong resemblance to Ambrose. But the real standout here is Nell Tiger Free, who you might recognize as the second Myrcella from Game of Thrones. She’s absolutely mesmerizing as Leanne. This strange, devout, creepy little thing. One look at her icy eyes and you know something is wrong. But what, exactly? The show—and her chilling performance—keeps us guessing at every turn.

That’s really as much as I can say without spoiling the show. And trust me, you don’t want to know any spoilers headed in. And there’s good new if you watch and enjoy: Servant is coming back for season two next year! Get caught up ahead of time. You won’t regret it.