WandaVision has been a living homage to television itself. The Scarlet Witch has been processing her grief by taking a stroll down sitcom memory lane, as she’s moved from one era of the classic TV format to the next. But a 30-minute comedy isn’t the only traditional type of television show to undergo major changes through the years. Late night has had just as many iterations itself. And, since she knows something about performing in different eras, Elizabeth Olsen helped The Tonight Show‘s Jimmy Fallon deal with his own issues. They teamed up for a pitch perfect parody of the Disney+ smash hit, with “FallonVision.”

Like every other late night host, Jimmy Fallon hasn’t had a live audience for a year. It’s enough to make anyone used to constant adulation snap. That provided the perfect setup for him and Elizabeth Olsen to recreate different era of late night shows with a WandaVision spoof. The pair went through the ’50s, ’70s, ’90s, and early 2000s, with Fallon as host and Olsen playing a famous young actress. (Seriously, is there a part or decade she can’t play?)

But if anyone is going to know something is off, it’s the woman who created Westview’s Hex. Olsen eventually realized this didn’t make sense. Prior to COVID, talk show guests sat in the same room as the host. And people definitely don’t smoke on camera anymore in 2021. (Sometimes guests still drink, though.) 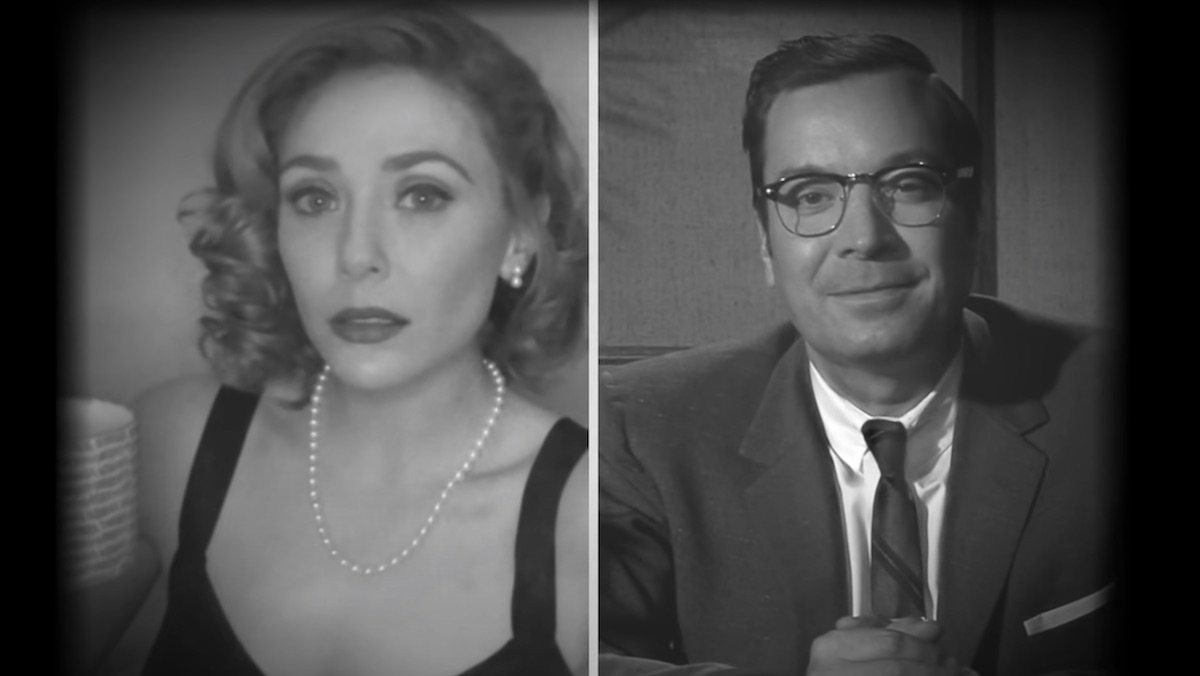 Both assumed Jimmy was the one responsible for this bizarre interview. But not even the host of The Tonight Show can bend reality to his whim. At least not since Johnny Carson died. Obviously that requires a performer more powerful than you can imagine. That’s right, it was Kathryn Hahn all along. 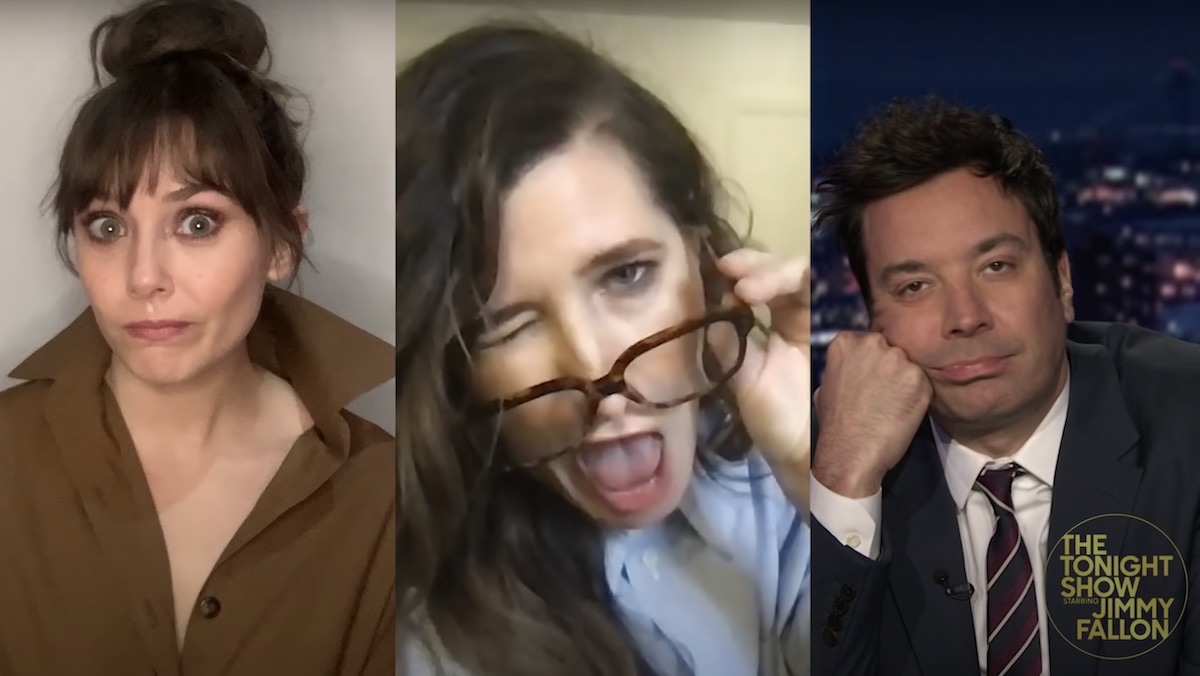 We should have known! Just like we know that whether you’re exploring the past of sitcoms or late night talk shows, the WandaVision format works with any type of TV format.