If you’ve ever explored a city in a video game, the moment this ingenious YouTube video begins, you’ll feel right at home on the sidewalks of Shibuya. “Like Grand Theft Solid” is a brilliantly put-together parody of a video game character searching for clues in a new area—but all in real life. From the “NPCs” posing in the background, to the rotating camera, to the way the character turns and moves, this YouTube video is a love letter to gaming. And we love it right back.

The Japan-based channel, KMZW Isolation, typically features dance tutorials from a duo of professional street dancers, but we’re so glad Hayaken and Ganso tried something new. The way the character of the video game moves feels like a dance itself, executing those perfect turns right and left as he explores one of the most famous shopping areas in Tokyo. His at-rest animation alone deserves a chef’s kiss. 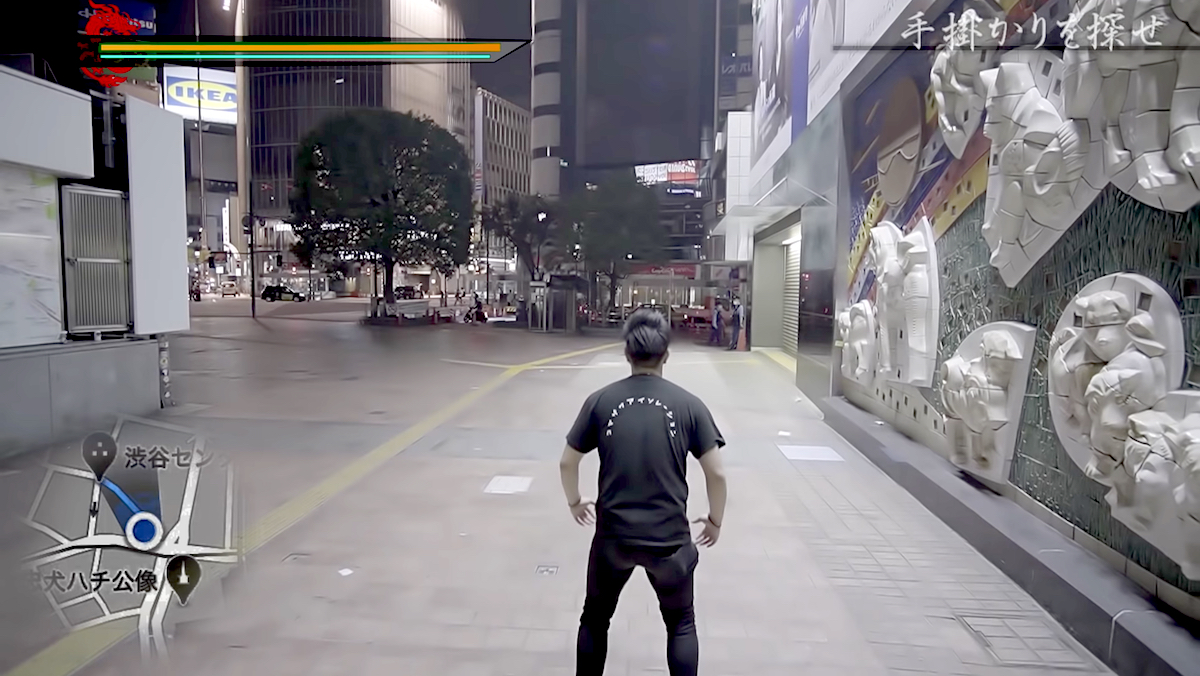 Story Mode begins with our protagonist waking up in Shibuya and searching for clues. The fake user interface shows options to check for items, like the secret hidden in the beloved Hachiko statue in front of the Shibuya train station, a mini-map, and areas of interest. (Accidentally checking the statue twice is what made us adore this video.) The sound effects of footsteps and ambient noise are also spot-on. And the cameraman is the unsung hero of the parody, capturing the exact feel of a joystick rotating the point of view.

If you enjoyed this as much as we did, keep an eye on the KMZW Isolation YouTube channel—Ganso promised on Twitter that even more of the Grand Theft Auto-inspired brilliance is coming soon! (And you might even learn to krump from a tutorial video as a bonus.)