The Harrowing Zaniness of TOKYO GODFATHERS

For many of us, movies are more than just entertainment. They’re an escape, a way to see experiences different from our own, and prompts for thinking differently. They’ve been all the more important in these last few months, and will continue to be important in the months and year ahead. And while we can’t currently go to the cinema to watch our movies, home media has been proving an invaluable resource. GKIDS and Shout! Factory are continuing in that vein with a Blu-ray release of one of the most life-affirming, but certainly not sugar-coated, movies I’ve ever seen. Satoshi Kon’s 2003 anime, Tokyo Godfathers.

Satoshi Kon had a heartbreakingly brief life and an even briefer career. He passed away in 2010 at the age of only 46 after directing only four features and a series. But what titles those are! His films take an unflinching look at some of the darker and sadder parts of life, but always tended toward hopefulness in the end. His 1997 feature debut Perfect Blue is one of the most unsettling films in any medium. Kon followed with 2001’s Millennium Actress; both movies look at stardom—specifically the stardom of young women in Japan—from the angles of menace and elegy, respectively. 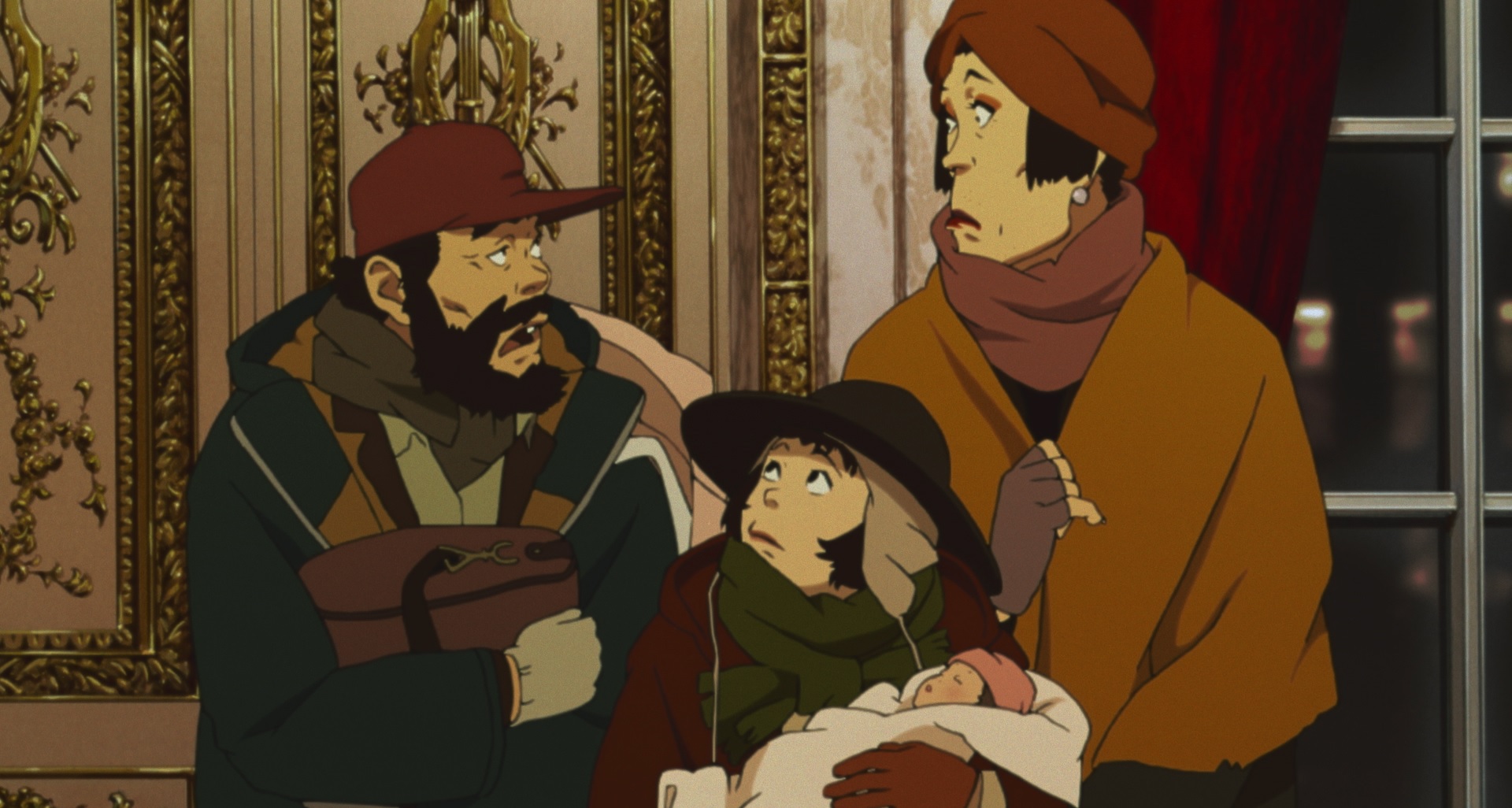 For his third feature, Tokyo Godfathers, moved in a lighter direction mixing comedy-adventure in with harrowing personal drama. A loose adaptation of   Peter B. Kyne‘s novel  Three Godfathers, Kon’s film introduces us to three homeless people at Christmastime and their self-imposed quest to find the parents of a newborn baby, evidently abandoned in a dumpster. The three characters form a kind of surrogate family unit and are each living their own lie to hide from shame. As they traverse the snowy streets of Tokyo, the audience learn about how they ended up in their current spot, and they each learn about each other in the process.

First we have Gin, a gruff and grizzled former cycling champ who claims to have lost it all to debtors when his young daughter died. Hana is a trans woman and retired cabaret performer who became homeless and despondent after the death of her boyfriend. And young Miyuki is a teenage girl who ran away from home following a violent argument with her father. All three have chosen to hide from their past and would have remained hidden were it not for the discovery of a baby they name Kiyoko in a dumpster on Christmas Eve. 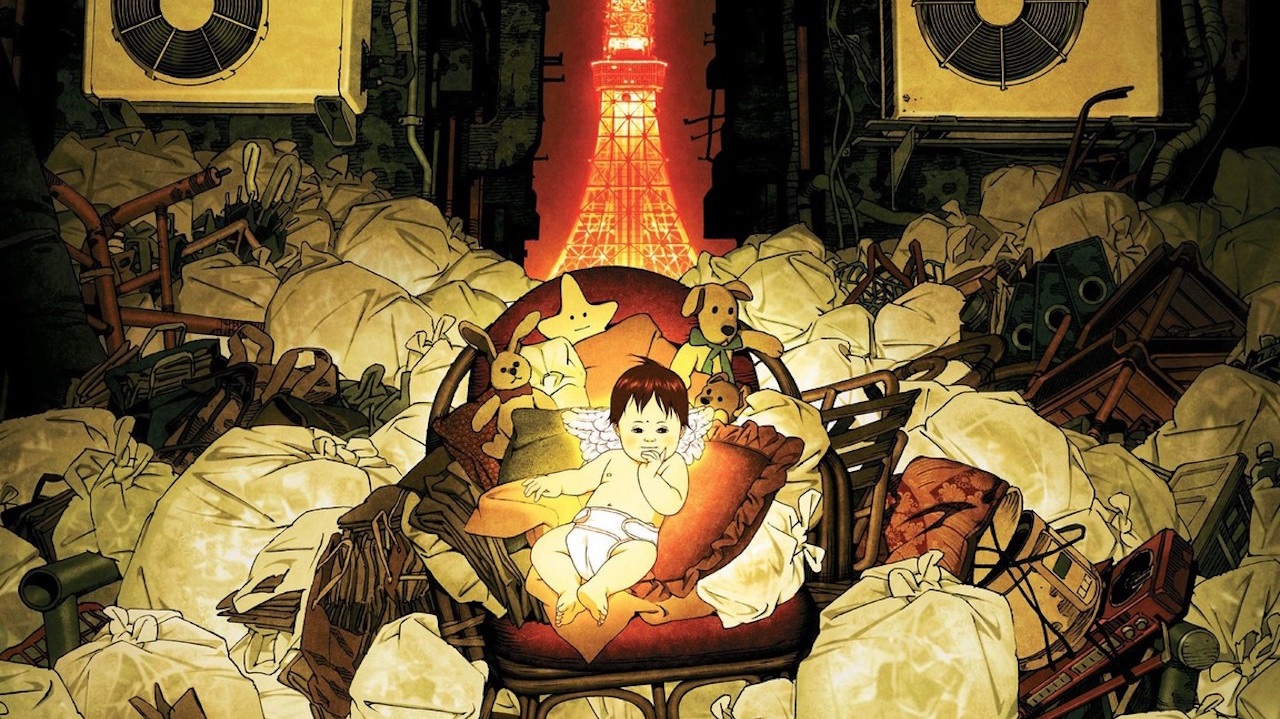 As with Kon’s other movies, Tokyo Godfathers uses the medium of animation and the inherent un-reality thereof to deal with some weighty and at times heartbreaking topics. Though this movie is certainly a comedy, and a quite broad one at times, it nevertheless discusses family abandonment; postpartum depression, abuse, homophobia, revenge, and even gangland violence. However, to Kon’s credit, he never lets the heaviness of the subject matter get in the way of the comedy; conversely, the zaniness of the situations never demean the gravity of the topics. It’s a brilliant and difficult line to walk.

The story works because the characters—if you’ll excuse the unintentional pun—are so well drawn. Each one is incredibly rounded, flawed, and tragic. Hana is the most outwardly upbeat of the trio, taking it upon herself to not only act as mother to the group but to the baby. It’s Hana who gives Kiyoko her name. At the start of the movie, she’s also the most exaggerated and clowning, but we learn as the movie goes along that she’s not delusional, she’s just hurting and trying to make the best of what she has now. 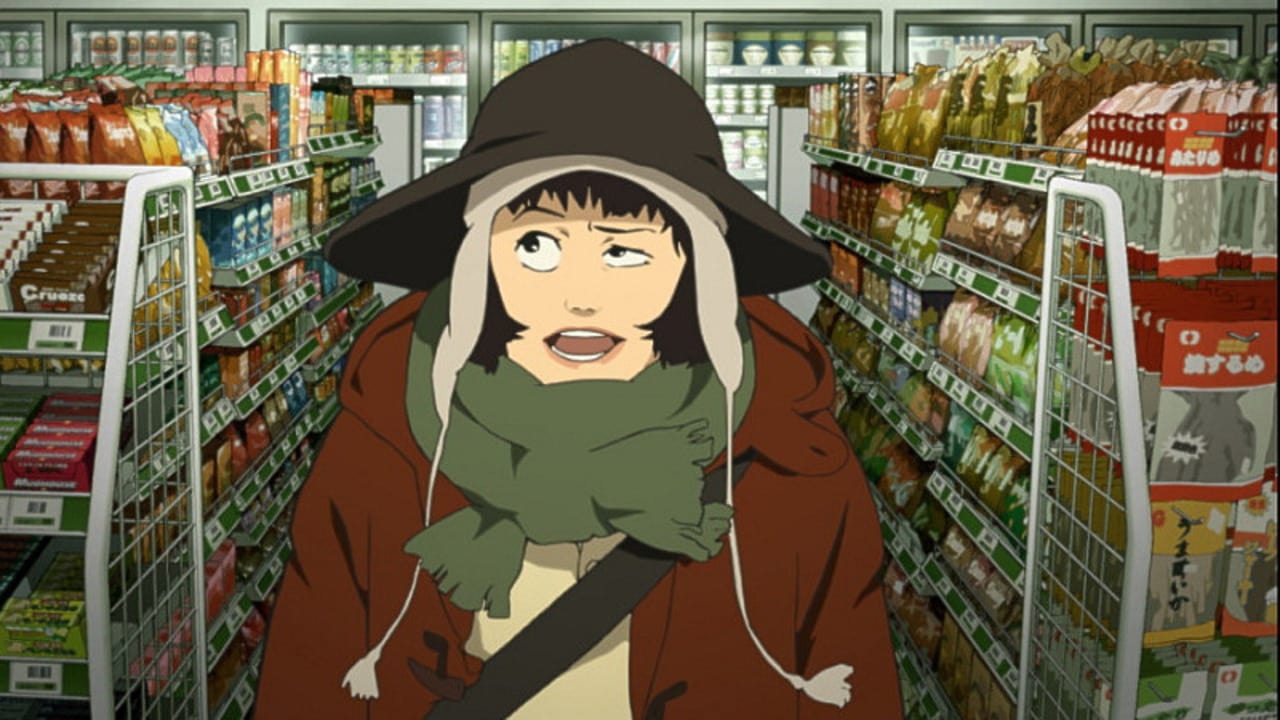 Gin is a grump who seems to merely tolerate Hana and Miyuki. He wants to get the baby quickly to the authorities and wash his hands of her. But we learn as Tokyo Godfathers goes along that he resents himself for running away from his wife and daughter many years before. In a strange way, Hana and Miyuki fill those roles. We also learn that his actual daughter is named Kiyoko which forces him to relive his past. During one of the story’s strange offshoots, the trio end up in a fancy party for the yakuza and Gin very nearly murders the loan shark “responsible” for his losing everything.

Miyuki in many ways is the typical teenage girl, and the one that least wants to keep the baby. We think she’s unreasonable, but we learn through her encounters that she has trauma from her own parents. Gin and Hana remind her of her parents, and that leads her to run away yet again. But flashbacks tell us her problems with her parents, specifically her father, give us insight into her own shame. 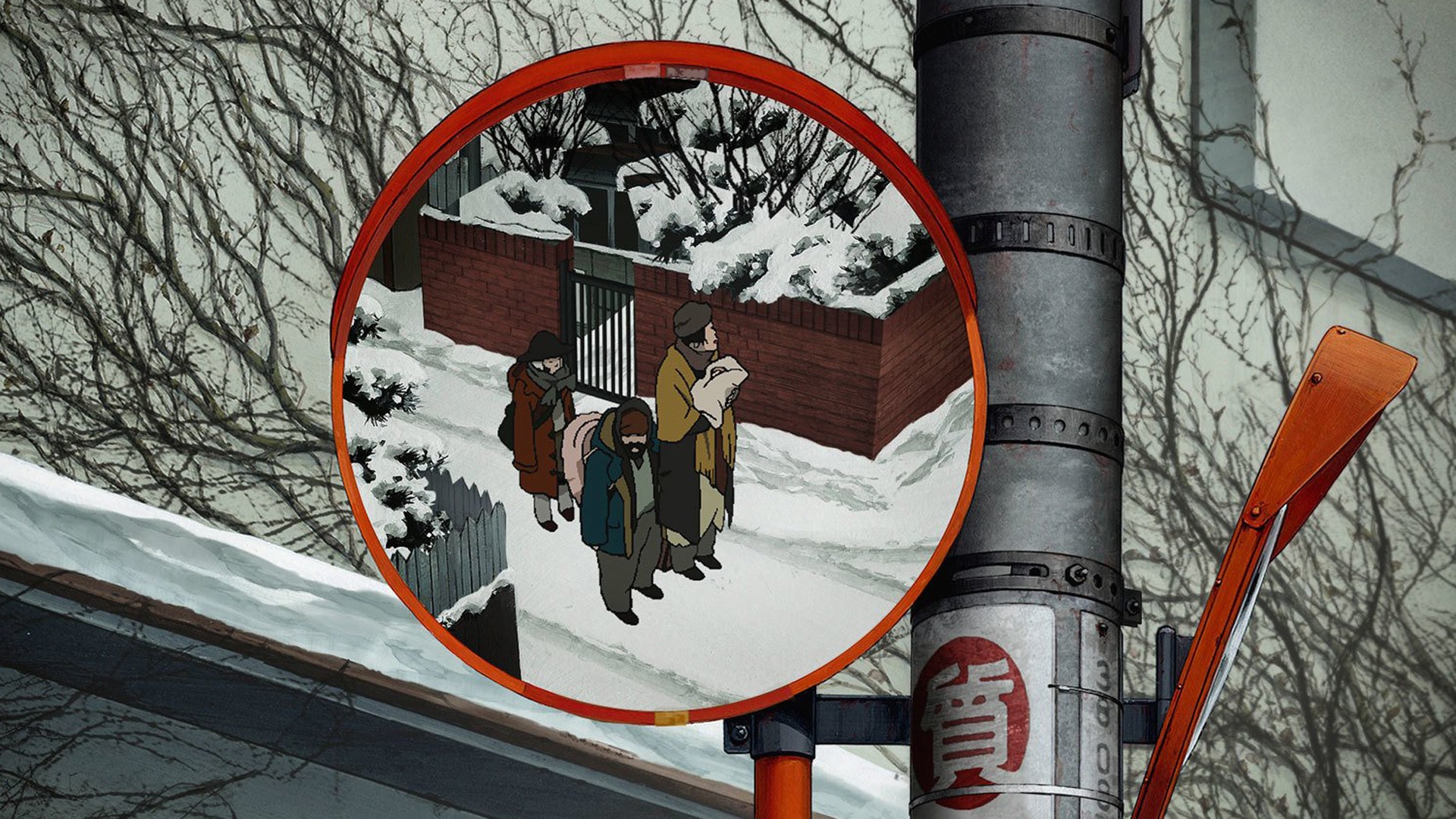 And believe me, this is merely the tip of the iceberg in Tokyo Godfathers. It’s only 92 minutes, and it flies. It’s never at the expense of profound moments, though, and by time we reach the end, which takes a turn toward the dangerous, we have really gone somewhere. Our characters have grown and changed, and the deep revelations go all the way up to the final moments.

Tokyo Godfathers is a beautiful, hilarious movie and one that cemented Satoshi Kon as a visionary and narrative master. His final feature, Paprika, would return to more overt sci-fi, dreamlike visuals; his series Paranoia Agent got to the heart of human fear. But with Tokyo Godfathers, he gave us the down and dirty reality of love and how hard it is to do so. And that’s maybe his most impressive feat of all.

Tokyo Godfathers is available on Blu-ray now from GKIDS and Shout! Factory.