Since its inception, TikTok has largely been known for its comedy and its dancing (and its comedic dancing). But lately, fashion has found a home on the platform too. And at the forefront of TikTok fashion is model and stylist Wisdom Kaye. This creator started TikTok modeling a few years ago, and never looked back. Vogue even called him “the best-dressed guy on TikTok,” and declared him a “must follow” last year.

But as it turns out, Wisdom is also a huge Marvel nerd. And recently, he’s shown off several ensembles inspired by the heroes and villains of the Marvel Cinematic Universe. Time to “assemble” on the runway! 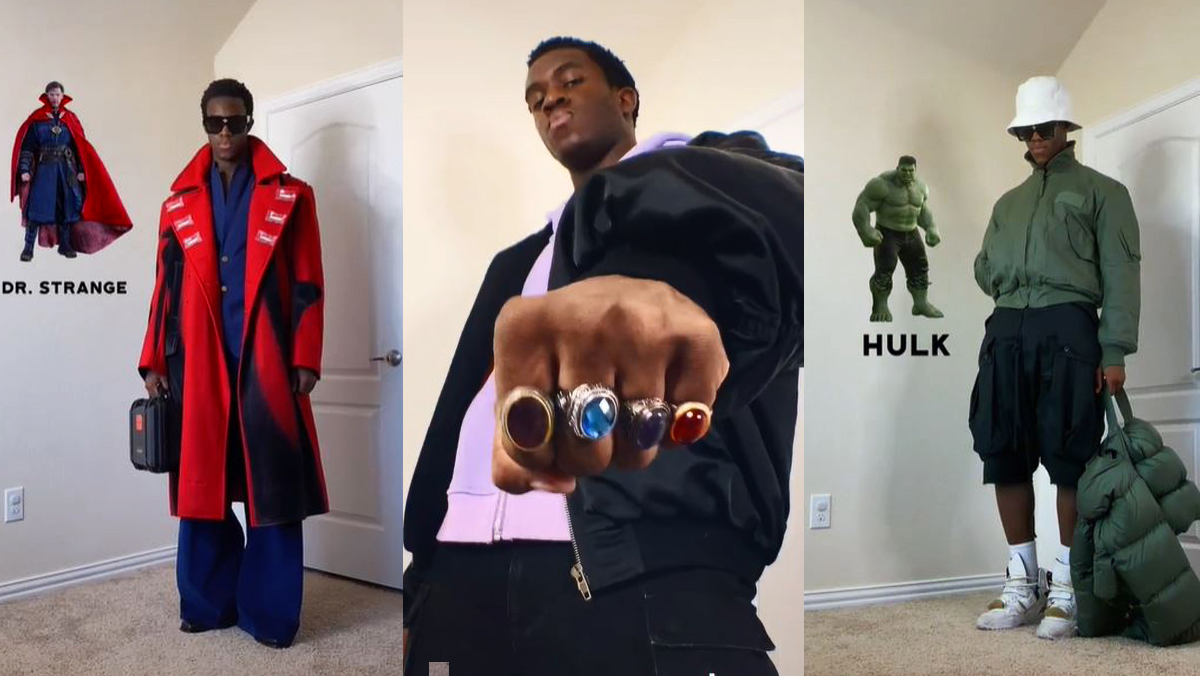 His first video took thirty-five hours to complete and focuses on several of the most iconic Avengers heroes. Doctor Strange, the Hulk, Iron Man, Black Panther, and Spider-Man informed each of these ensembles, and the inspiration is very apparent. Now, we’d love to see him tackle MCU fashion looks for Thor and Cap next! And maybe even Groot too. Why not?

Reply to @dripis5ever this video took me 35 hours to make 😭😭

When it came time to do the MCU villains, Wisdom did not disappoint. He modeled some killer looks based on Thanos, Ultron, the Red Skull, Erik Killmonger, and Mysterio. Sans fishbowl helmet of course. Nice touch on his part to have several rings on while strutting his stuff in the Thanos look. We like attention to detail like that. If there’s ever an “MCU villains volume two,” we hope we see some Ego the Living Planet. There’s a lot there to work with.

As for why no Loki looks, Kaye said on Twitter that he tried to do one. But he couldn’t come up with something he liked, so he scrapped it. Hey, as Mommie Dearest once said, “if ya can’t do something right, don’t do it at all!” That extends to MCU fashions.

Y'all I wanted to do loki sooo bad, but I spent like 2-3 hours tryna make something and I hated every last one😭

To check out more of Wisdom Kaye’s fashions, be sure to head on over to his TikTok and Instagram.