Drone View of World's Tallest Waterfall Is a Stomach-Dropper - Nerdist

Drone View of World’s Tallest Waterfall Is a Stomach-Dropper

At  3,212 feet, Angel Falls waterfall in Venezuela is an incredible marvel of nature. And with the help of a flying camera drone, we can fully appreciate its striking majesty. In a new video, Swiss creator, Ellis van Jason, takes us on a journey down the waterfall. And people, all we can say is: you better hold onto your stomachs.

Laughing Squid picked up on van Jason’s video, which the video creator posted recently to his eponymous YouTube channel. Apparently, von Jason had been on an expedition for a couple of weeks in Venezuela. And, at one point, he had a chance to capture Angel Falls—the world’s tallest waterfall—in a wild first-person POV.

In the video van Jason begins by flying his drone above the waterfall’s lush, surrounding forests. The waterfall drops over the Auyán-tepui mountain in Canaima National Park, which is almost overwhelmingly scenic. Then the drone flies over the actual waterfall, and the fun really begins. 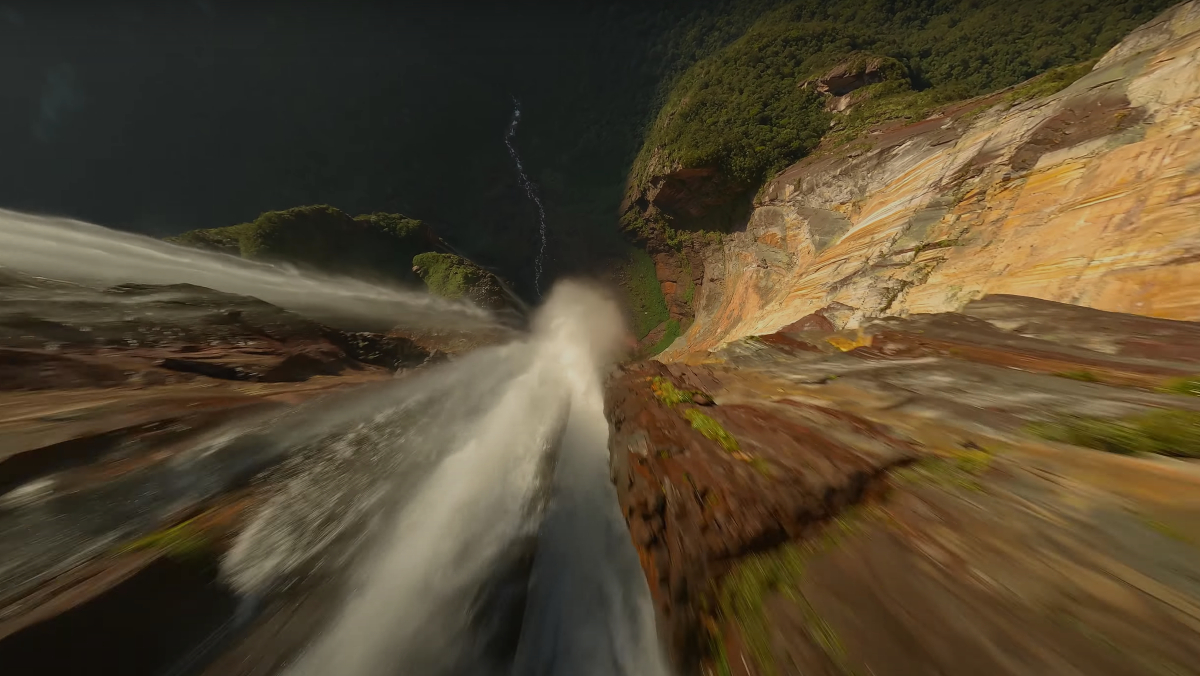 After cruising up and down its adjacent sheer rock walls, the drone rips over the face of the waterfall. From there, it flies at high speeds all around the area. The drone makes continuous passes—both up and down—the sublime pour of white, rushing water.

As the drone flies around, viewers are treated to a view reminiscent of wingsuit flying. (Presumably, as we’ve never been wingsuit flying… And we would need a Neuralink to diffuse the fear center of our brains before we ever could.) Especially when the drone rockets down the waterfall and out over the stream of water extending into the forest. 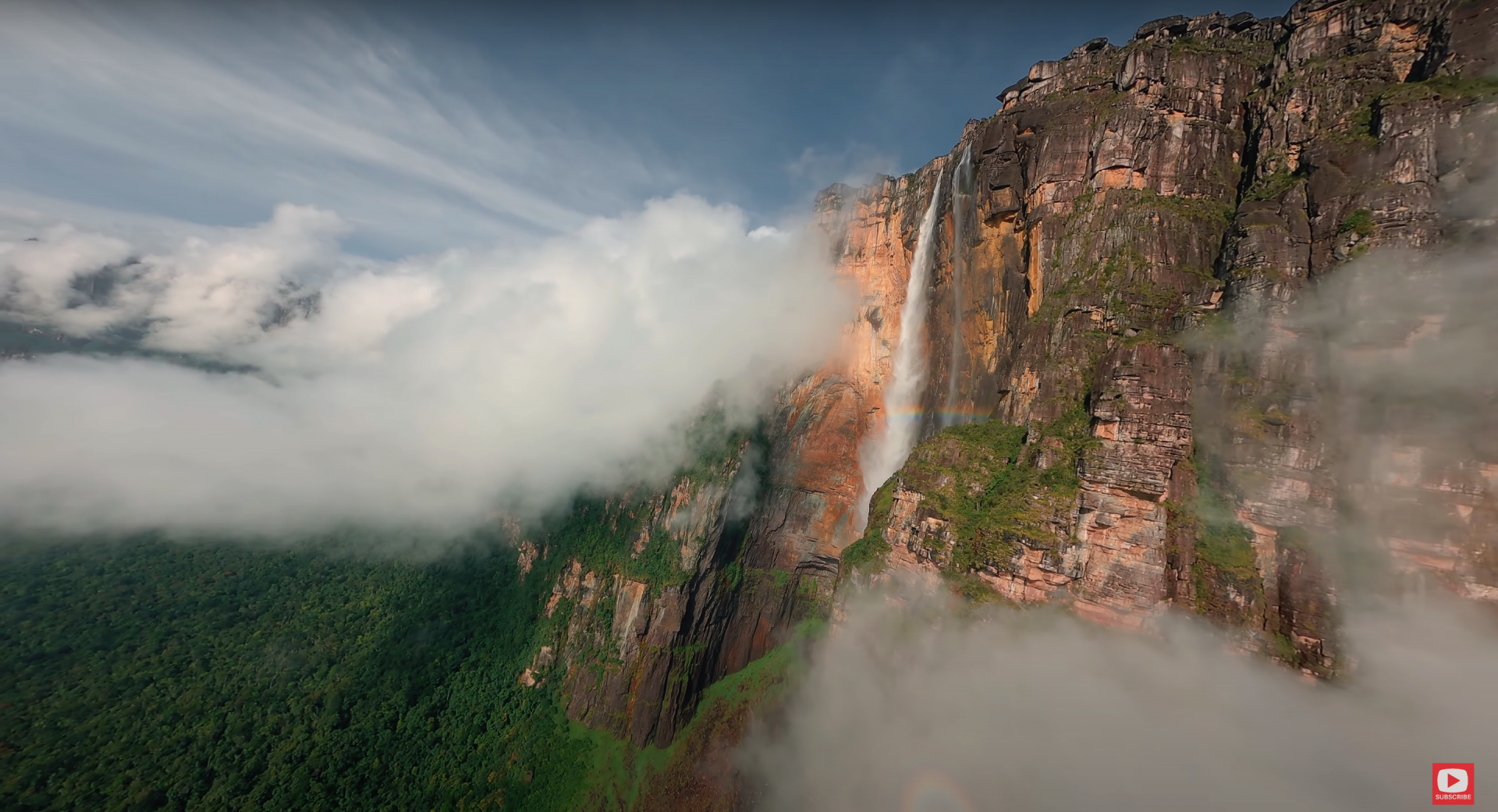 For those looking to enjoy even more thrills, there are tons of videos of humans(!) doing things just as wild as this drone has. This kayaker riding down a snowy volcano, for example, will make your palms sweat. And seeing what these skydivers can do with a swing at 6,000 feet up is simply awe-inspiring.