Did you ever play games of Risk or Axis and Allies with the maximum number of players? How about a seriously loaded game of Arkham Horror complete with all expansion packs? Sometimes playing board games with our families or friends should be an all-night affair. This is one of those times. Short games that only take fifteen to twenty minutes are a blast. They give everyone a chance to try new strategies, or you can cycle through your library. Let’s make the case for all evening games:

You travel through time (at the pace of regular time, sure, but it doesn’t feel that way).

Once your crew hooks into a long game, rivalries develop, witty banter flows, and they lay household grudges bare. They also allow you to take a step away from the table and return later. During the epic Axis and Allies games of the past; it was common for us to break into separate rooms for tactical sessions between rounds. There may have been snacks in those rooms. With these ideas in mind, here is a quick list of three games that your crew can spend an evening playing easily. By no means exhaustive, and there are hundreds of other great games to play, so this might be the first of a few lists.

City of the Big Shoulders 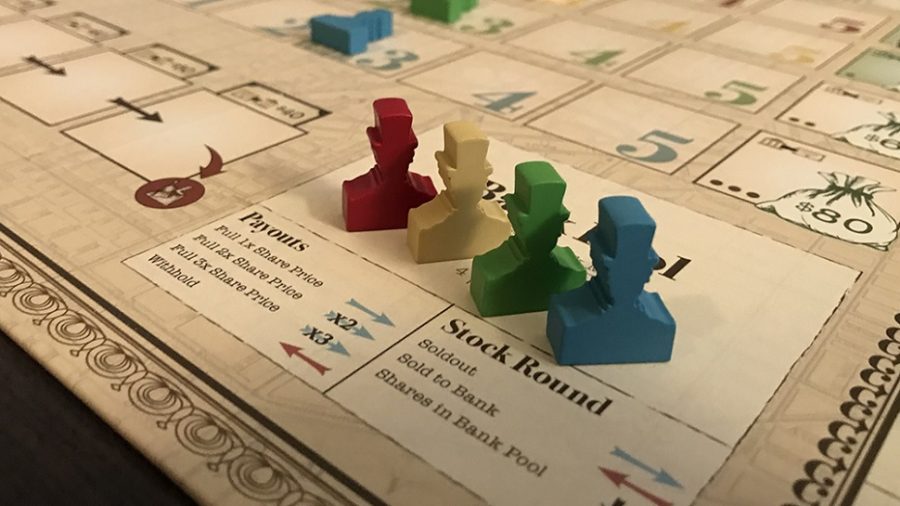 City of the Big Shoulders

A euro-style, resource management, and worker placement game—City of the Big Shoulders is best played with top hats. You experience Chicago’s golden age over the course of five decades starting from 1875. The entire aim is to hire workers cheaply, invest in companies, and end the revolution richer than your other business partners. Starting off with a single company (like Quaker Oats), you complete objectives to create your goods and bring them to the market. Which increases your fame. Which in turn, increases your stock.

It has a steep learning curve at first, and the most confusing part is which money goes in your pocket or your companies. When stock shares are on your company card and you pay dividends—give your company money. Our first play, we didn’t do this. We still had an absolute blast. Several games in and it has become an evening staple that we schedule once a month to drink and play in top hats. City of the Big Shoulders has enough strategy, depth, social barter, and long-term development that the game is fun even when you lose. Even if you come in last place, you will enjoy just developing your company and playing the mini-game. That is the secret to the success of this game: everyone has fun at the table.

The Fury of Dracula 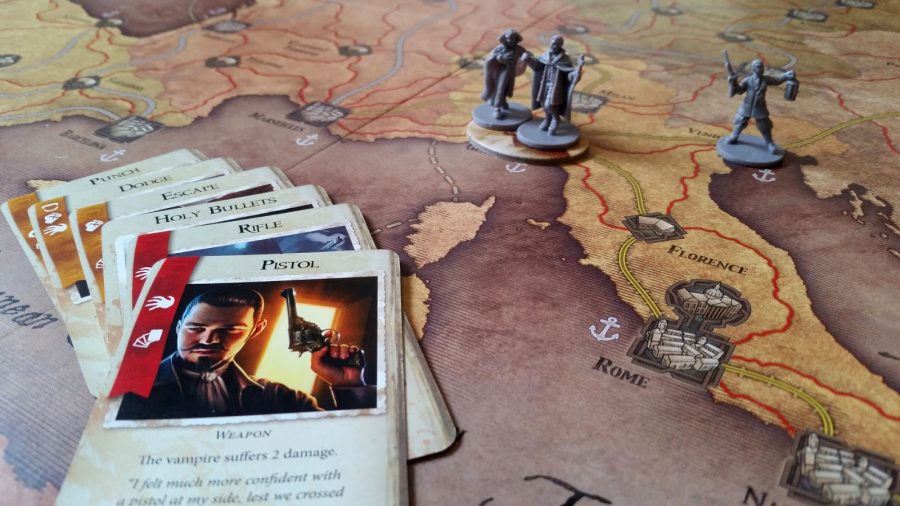 Fury of Dracula has been around for a while. In 2019, a Fourth edition of the game was just released, and it is delicious. A ‘One-vs-Many’ style board game; the player of Dracula attempts to elude four other players as hunters. Retelling the classic Bram Stoker’s novel with a few twists (obviously, it the board game Dracula can win). Since this is a deduction game, one team must work together and use their characters’ abilities; while Dracula does his best to bluff and outwit the party.

Dracula has a stacked deck in his favor and is vastly more powerful in combat, but he can only move at night. Given this set-up, the game can be over really quickly if they catch Dracula. That person is clearly not cut out for the life of an immortal. Let someone else be Dracula and try again. The more likely scenario is that you spend the evening plotting and scheming together while trying to hunt down your friend who is two steps ahead. Victory for the hunters always feels well earned and losing as Dracula always feels like you were so close. That perfect balance is a great way to spend the evening.

Dice & Dragons is a unique way to spend your evening. The game itself is hella simple. You pick a hero class: Wizard, Warrior, Ranger, Cleric, or Rogue. Then you pull up a dragon you want to defeat and take turns rolling some dice. Matching the dice to your characters’ abilities determines what effect you achieve and in one round of play—everyone will be an expert. Killing your first dragon will probably take about ten minutes. Which is impressive considering the life span of most dragon hunters.

Where an evening can is spent playing Dice & Dragons is in campaign mode. Have one player take on the role of your game host, and everyone creates their character. There’s a campaign book with dragon after dragon and a bit of story for each one. Between adventures, you get gold and can level up your characters. The dragons get progressively harder and by the end of the campaign, you will have to strategize to win. It is like D&D had a Roguelike child and crossed it with a board game. When you finish with one campaign, there are others you can download off the website for free! The best part about Dice & Dragons is how easy it is to pick up, but how complex and in-depth it gets the further on.

What are your favorite evening long board games? Let us know in the comments!

TAGGED: Board Games, axis and allies, fury of dracula, City of the big shoulders