Dracula has been around for *checks notes* a long-ass time. And he’s made his way to movie screens *checks notes* a butt load of times dating back to 1922. We love ourselves some Christopher Lee, some Bela Lugosi, some Leslie Nielsen, but for our money, the story of Dracula was never as bombastic nor as weirdly faithful to every facet of the story than Francis Ford Coppola’s Bram Stoker’s Dracula.

FFC’s BS’s D is as lush and atmospheric as any Gothic horror ever put to screen, with gorgeous sets, costumes, and special effects right out of the early days of cinema. It’s also got some outstanding performances along with some… not so outstanding ones.

In honor of Nerdist Vampire Week, let’s take a moment to appreciate the audacious, gory splendor of Bram Stoker’s Dracula.

First and foremost, this version of Dracula lives and dies (and lives again) on the strength of Gary Oldman’s central performance. Coppola brought together many different versions of the vampire count to create Oldman’s; from the decrepit rat-like version in Nosferatu, to the sensual, alluring romance of Frank Langella in 1979. He’s got blood-red eyes like the Hammer version, and continental class of the Universal version. There’s even the real-world historical story of Vlad the Impaler in there too. And his armor looks like meat!

Oldman’s undead count has passion, emotion, and pathos. You’d probably expect nothing less from him. He’s absolutely magnetic every moment he’s on the screen, with every whispered and hissed line. It also doesn’t hurt that he has so many different looks throughout the movie. While he looks dope in the top hat and John Lennon sunglasses, our fave is easily the pale old version with the fabulous bouffant hair. Did you notice it looks like a heart? Because we did. Blood, innit? 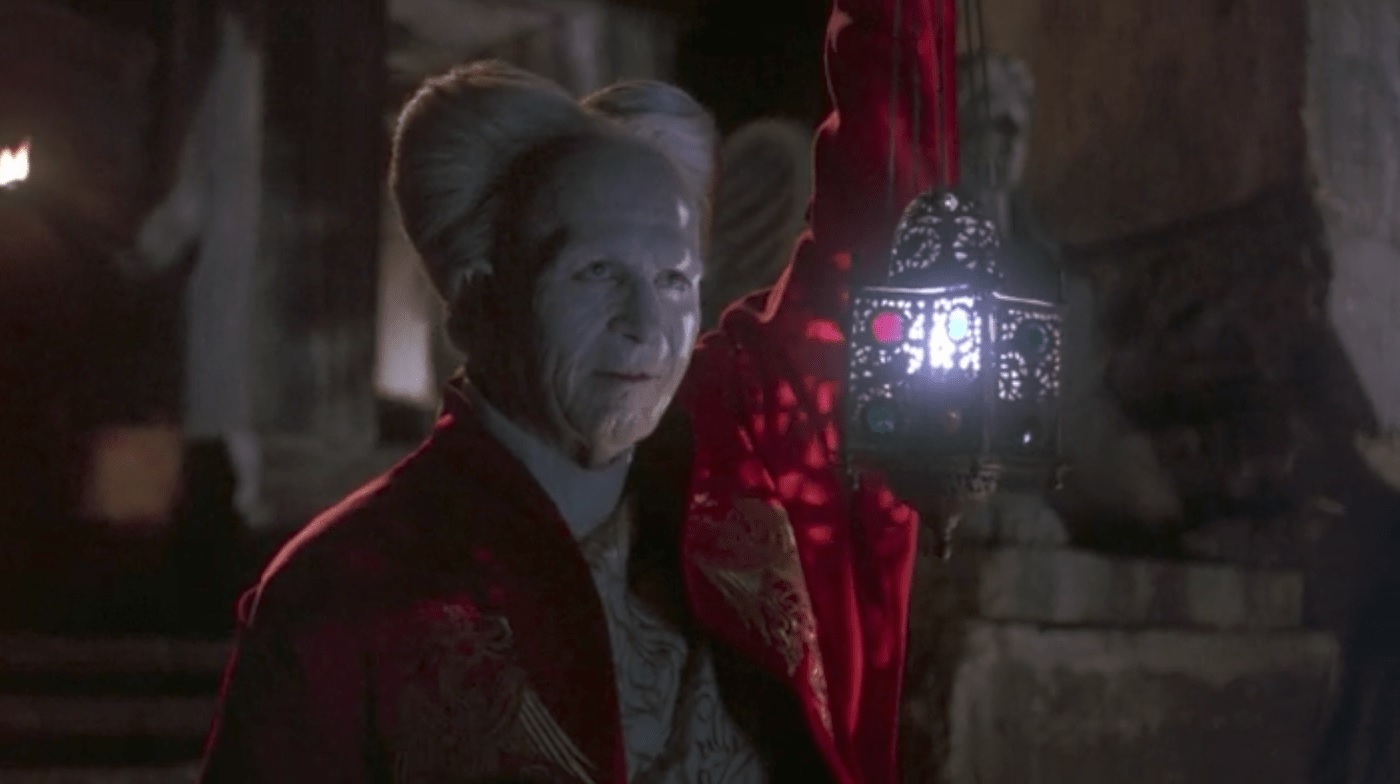 Dracula appears as a werewolf, a regular wolf, a bat, a were-bat, a spooky green mist, and a shadow untethered to the laws of nature. And you know what? Sexy every time.

And playing opposite Oldman is Winona Ryder as Mina. It was Ryder who brought the project to Coppola in the first place, and she really gives the role her all. While there’s always an air of romance to the story of Dracula, at least in the movies, this version steers right into it, focusing on Mina’s resemblance to Vlad Tepes’ own departed beloved. Fittingly, it’s Mina who slays Dracula at the end, rather than boring old Harker in the book. 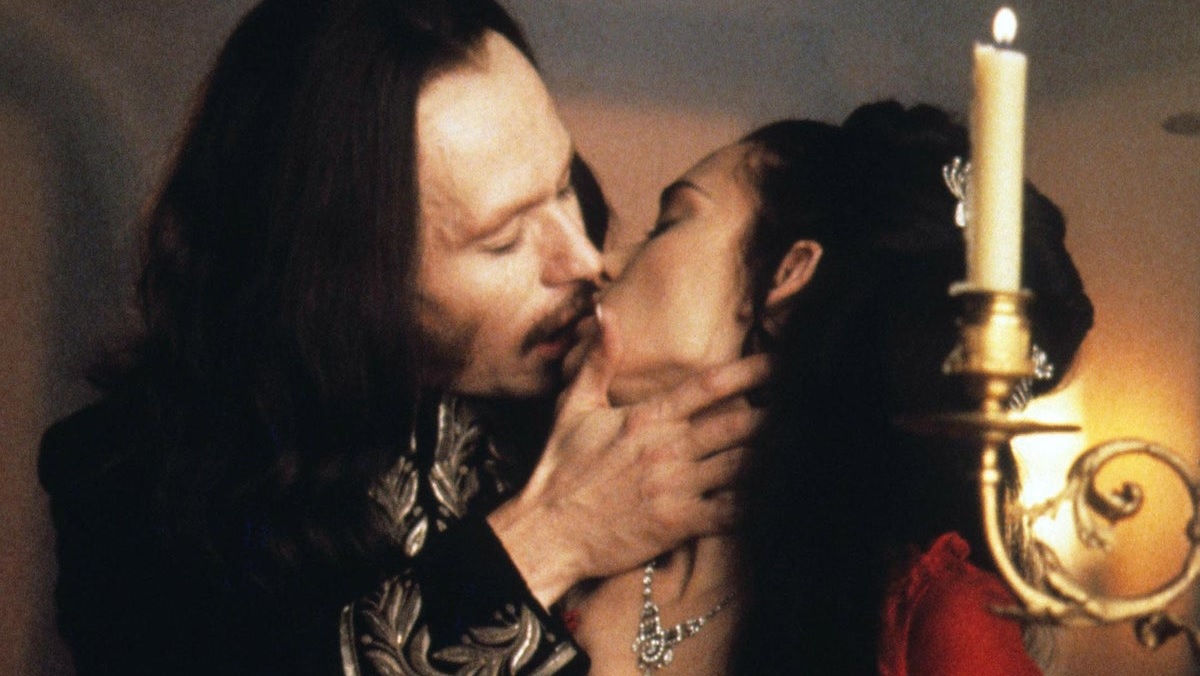 Let’s talk about lavish for a moment. The sets and costumes in Bram Stoker’s Dracula are rightfully hailed, even after nearly 30 years. The costume designer Eiko Ishioka won an Oscar for her work on the movie, as did the makeup effects team and sound effects editors. But, though nominated, the art direction didn’t win. A travesty if you ask us. That’s right, screw you, Howard’s End!

Filling out those costumes is a roster of tremendous supporting actors. Unlike most screen versions of the Dracula story, all of the major players from Stoker’s novel are present, including all three of Dracula’s vampire brides and all three of Lucy’s suitors. Usually at least one is dropped entirely, and it’s usually the brash American Quincey Morris. But here he is, mustachioed and behatted, played by Billy Campbell, the Rocketeer himself.

Tom frigging Waits plays the maniacal Renfield, another character that gets cut far too frequently. His gonzo performance exemplifies that over the top, expressionist ethos of the entire production. Dude eats spiders and flies, worms out of the cold cold ground. 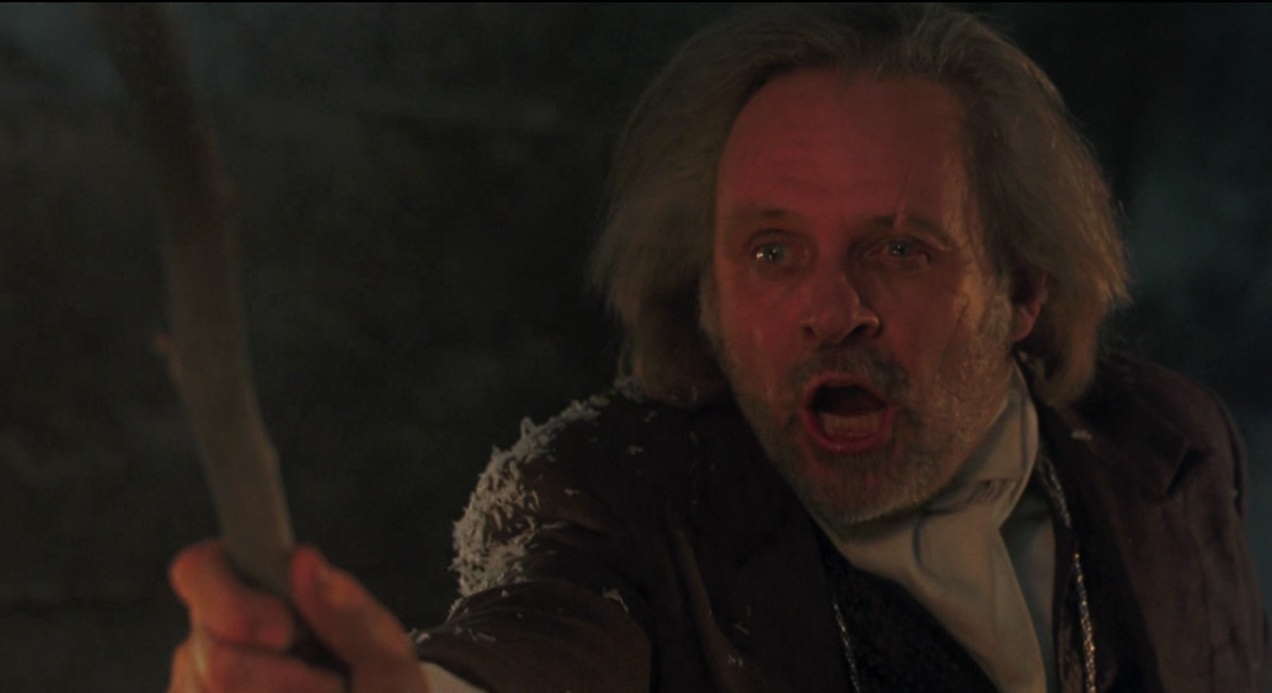 And let’s talk about recent Oscar winner Anthony Hopkins as the famed vampire hunter Abraham Van Helsing. Joining the ranks of austere actors like Edward Van Sloan and Peter Cushing, Hopkins plays his Van Helsing a bit like a rock star, a crass, alcohol-swigging brute who nevertheless knows everything and helps everybody. His portrayal was so strong, they were going to spin him off into his own solo film. This is 100% true. It never came to fruition with Hopkins, but it did happen years later with Hugh Jackman.

Bram Stoker’s Dracula is currently streaming on HBO Max and there’s no better time to revisit this truly wild and adoringly off-the-rails version of a horror classic.