This “Ruby of the Sea” Song Is the Best Play Ever

Ginny Di‘s take on the Mighty Nein’s little blue tiefling Jester Lavorre may be the closest we’ll get to seeing Laura Bailey‘s beloved character come to life. Not only is Ginny’s costume incredibly detailed and well-crafted, she’s also been perfecting her Nicodranas accent to mimic Laura’s own. The result is unmistakably Jester. 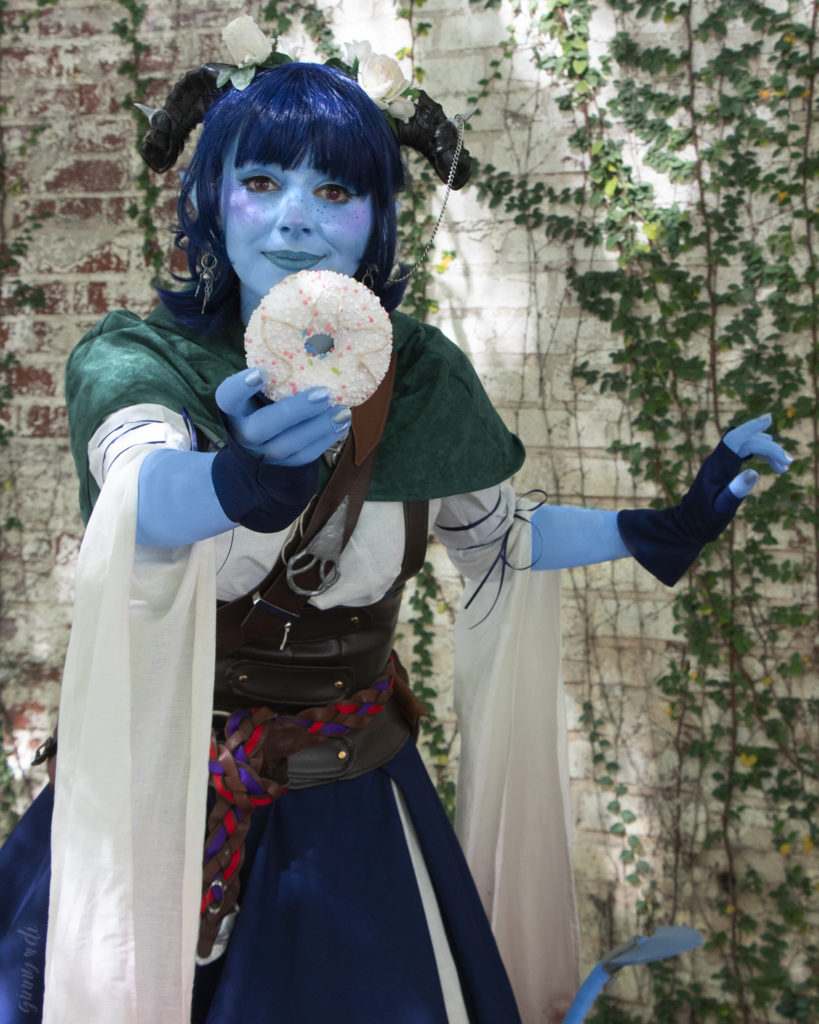 “Jester is funny, but she’s so much more than that!” Ginny tells Geek & Sundry. “I don’t normally do much ‘in character’ acting with cosplay, but Jester as a character is so easy for me to tap into, and playing her is unbelievably fun. The more photos and videos and music I create to celebrate Jester, the more I want to create!”

And create she did, composing and performing a sweet song in tribute of Jester’s mother, the Ruby of the Sea.

It was the Ruby’s recent appearance in game that inspired Ginny to sing her tale.

“[Because] of Jester’s (hilarious) improvised lines about the Ruby of the Sea being ‘the best lay ever,’ most of the music being written [about the Ruby] was fairly comic, and had a bawdy sea shanty feel,” Ginny says. “In contrast, when I imagined songs about Marion, I was picturing something sweeter and more wistful. I drafted the song and then stepped away from it, but when the characters actually met the Ruby of the Sea in the game, it confirmed everything I’d been thinking when I wrote it! That was when I knew I had to move forward and finish the song.”

Ginny originally had no experience with Dungeons & Dragons, but after her friends continued to recommend Critical Role, she finally took their advice and played the podcast. She is hooked, she says.

“I enjoyed campaign one, but it wasn’t until I decided to switch to campaign two that I really fell hard! Now I’m full-on obsessed and it’s practically the only thing I think about. I think at this point I’m listening to two to four hours of Critical Role content every single day!” 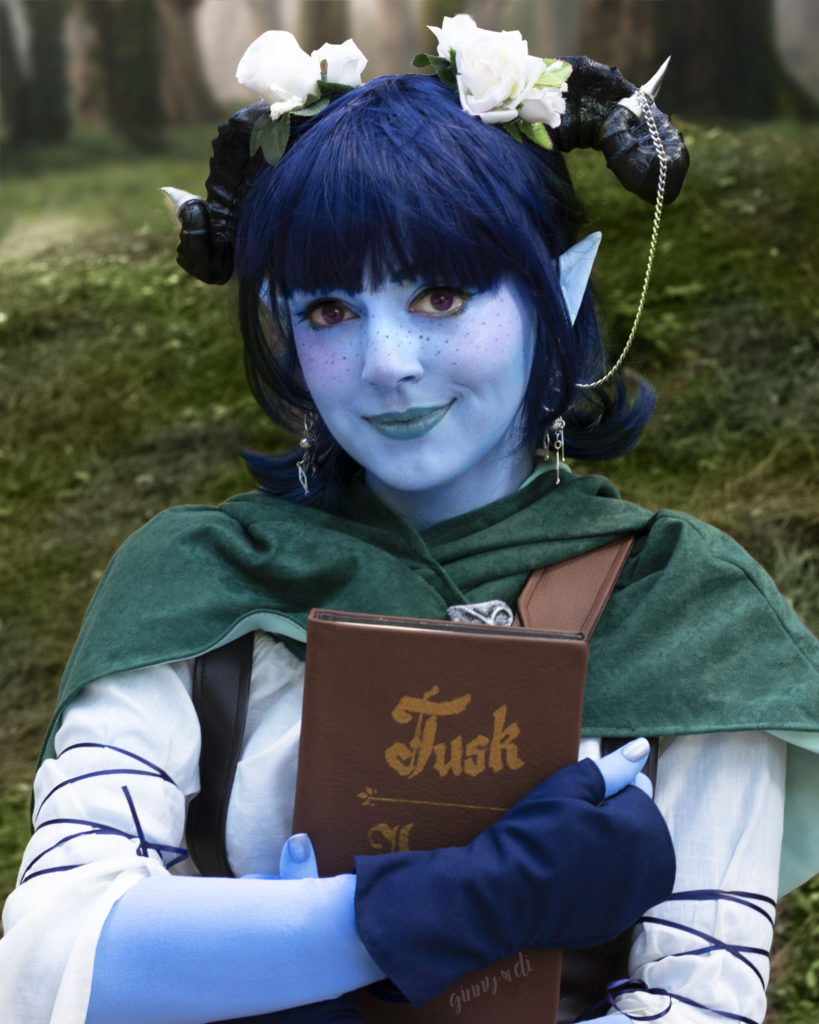 Jester in particular caught her attention and held it.

“Every single Critical Role character is lovable, but Jester is in another league for me,” Ginny says. “Her character is so perfectly crystalized, and Laura Bailey does an absolutely incredible job bringing her to life with her accent, her improvisation, and her subtle hints at Jester’s character depth that we as viewers are only just starting to see.”

Lucky for us, Ginny’s creative wheels are spinning furiously with even more Critical Role-inspired content to come.

“I have two more songs in progress (although who knows if they’ll end up working out),” she says, “I have some fun video plans coming up with Jester, and I’m trying to pick my next Critical Role cosplay (although it’s really hard!!) Ninety percent of my ideas these days are Critical Role themed, so it’s always somewhere in the back of my mind.”