The Women Of Nerdist Pick Their Favorite Female Characters - Nerdist

The Women Of Nerdist Pick Their Favorite Female Characters

Happy International Women’s Day! At Nerdist, we’re always happy to celebrate the fantastic women of the world—both real and fictional. That’s why this year, we’re doing a little of both. In honor of the day of appreciation, the female members of the Nerdist staff selected their favorite female characters from television and movies. The one’s who’ve gotten us through hard times, who speak to our souls, and who inspire us to do and be better. We’re sharing them with you in hopes that maybe you can relate, or find a new character to love in the process. Please share your favorites in the comments! 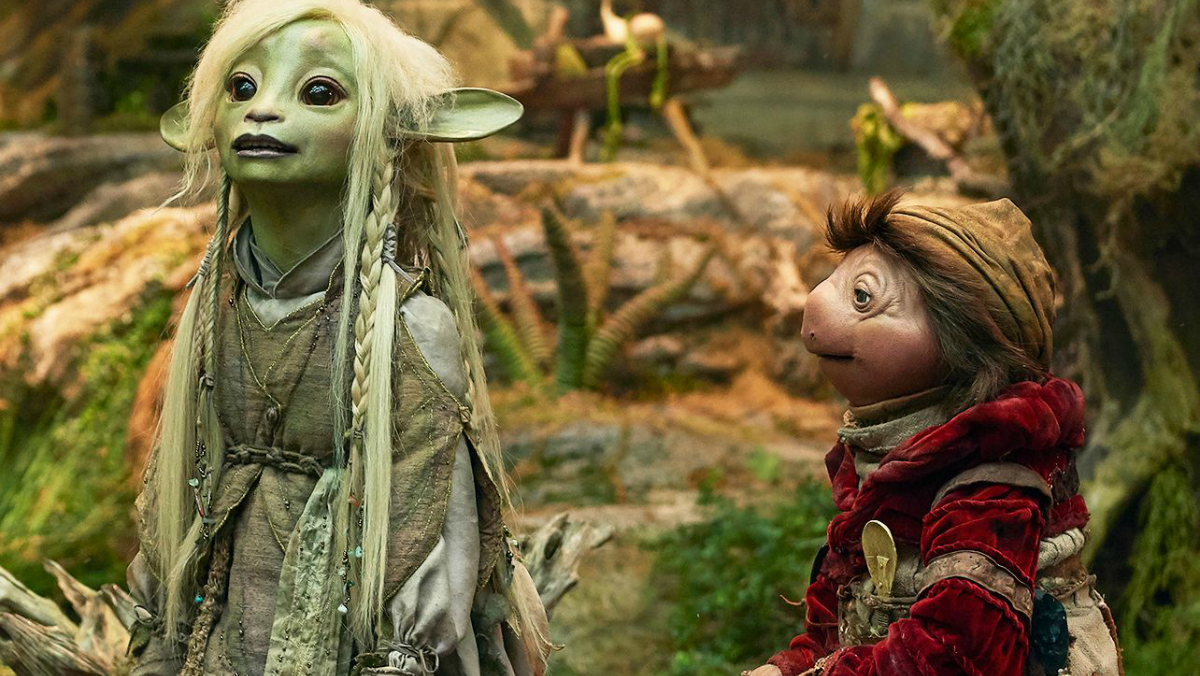 Deet from The Dark Crystal: Age of Resistance

Amy Ratcliffe: I try to be kind, to look at those around me with compassion. I try to be grateful, to count my blessings no matter the size. It’s not easy. Characters like Deet from The Dark Crystal: Age of Resistance help me cling to those feelings though. I felt a kinship with her as soon as I saw her gentle nature, particularly with the creatures of Thra. A Gelfling from the secluded Grottan Clan, Deet never expected to set out on a quest to help all of Thra. But she did it anyway. She befriended those she encountered, like the intrepid Hup, and assisted any being in need that she met on her journey. Her optimism and selflessness touch me. I internalized her actions. I try to carry her attitude with me. 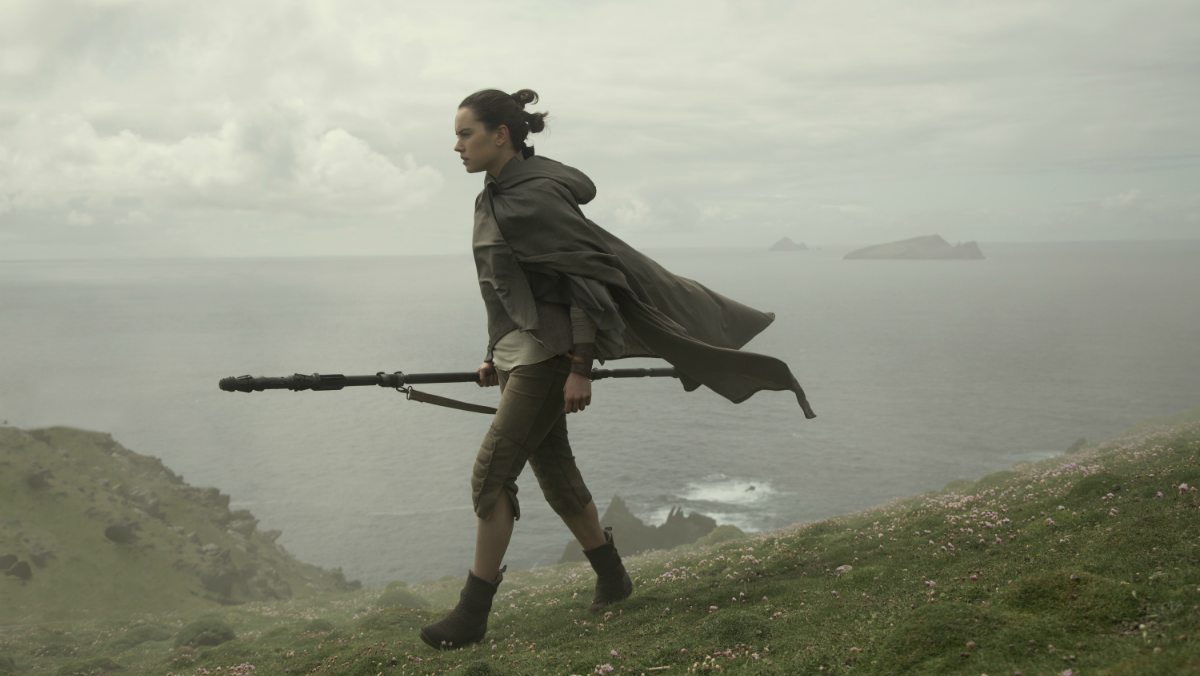 Rey Nobody from Star Wars: The Last Jedi

Lindsey Romain: I’ll never forget where I was the first time I saw Rey from Jakku. Alone on her desert home planet, with no family, no friends—only small comforts, like her pot of crisping flowers, her rising bread, her X-wing pilot doll and helmet. She was me, an isolated and lonely person, trapped in the same rotation of days, afraid to break free from the monotony out of fear and self-doubt. But that changes when she meets BB-8 and Finn the defected Stormtrooper, and her journey begins. In the next film, The Last Jedi, her story deepens into something challenging and beautiful. Rey learns to look inward, to test the darkness she wrestles with, and to accept her fate that her only place in this world is what she makes of it–not what she’s owed. That narrative changes a bit in The Rise of Skywalker, in ways I did not enjoy, but it doesn’t rob me of the character who means so much to me. Her virtues remain the same, no matter what’s tacked onto her backstory. Rey is vulnerable, but pure of heart, aware of her darkness but invested in keeping it at bay. She’s a survivor.

“Something inside me has always been there. But now it’s awake. And I’m afraid.” – Rey 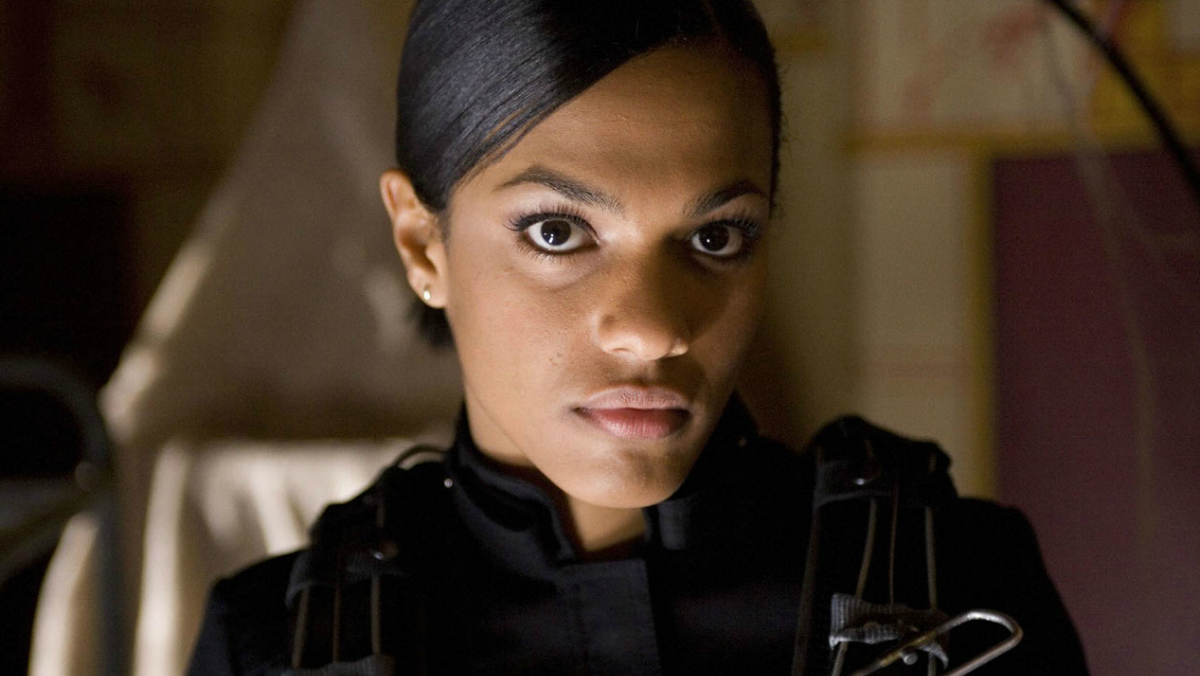 Martha Jones from Doctor Who

Tai Gooden: I will never miss an opportunity to celebrate Dr. Martha Jones—TARDIS time traveler, Harry Potter fan, UNIT medical officer, freelance alien hunter, and the woman who walked the Earth. Martha had a clear career path and purpose before meeting The Doctor and she didn’t allow anything–not even space and time—to derail her path. She is smart, resourceful, empathetic, curious, and unafraid to challenge Ten when he pushes her boundaries. Her decision to leave the TARDIS of her own volition and journey towards saving the universe in her unique way is my affirmation that it’s never a bad decision to choose yourself. Her picture hangs over my workspace as a daily reminder to seek adventure in life, carve my own path, embrace spontaneity, and recognize my own value. Martha Jones is more than good—she’s absolutely brilliant. 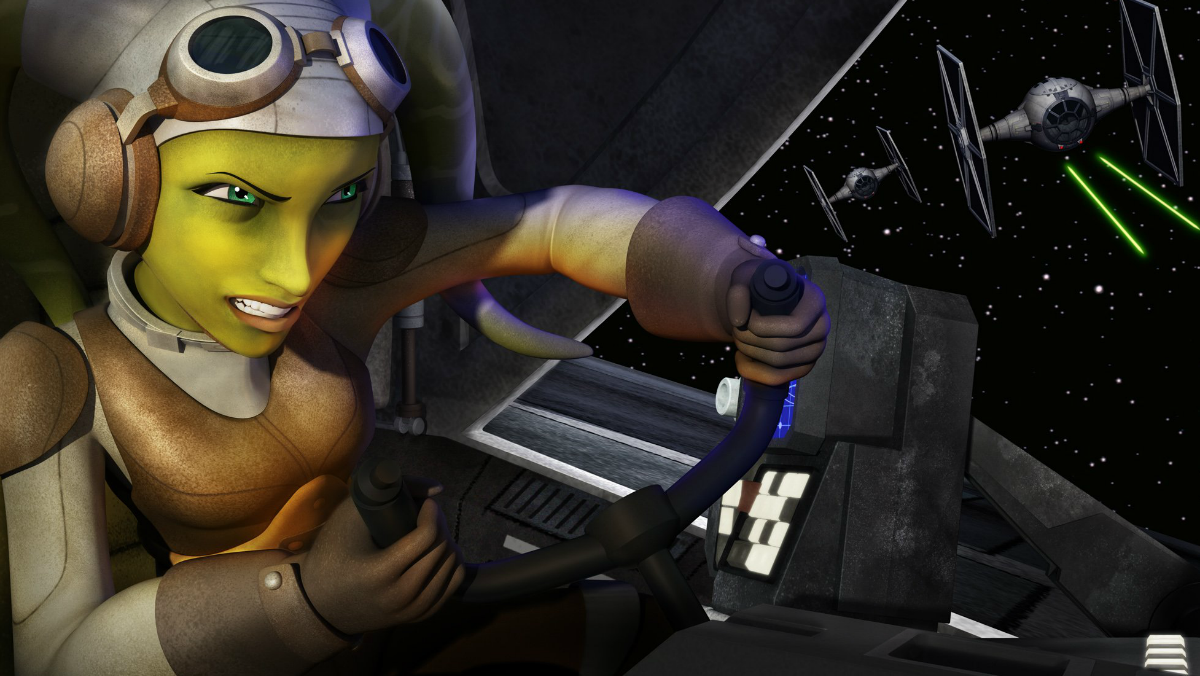 Kelly Knox: If there’s anyone fit for the title of Space Mom, it’s General Hera Syndulla of the Rebel Alliance. Hera fights for a better galaxy–and never gives up. One of the earliest members of the rebellion against the Empire, she is an expert pilot and strategist. She’s also a unifying leader who puts together not just a crew, but a family. Whether you need her to have your back in battle or just lend a sympathetic ear, Hera is always there for the ones she loves. She inspires me to be the fearless pilot of my own family.

“We have hope. Hope that things can get better, and they will.” – Hera Syndulla 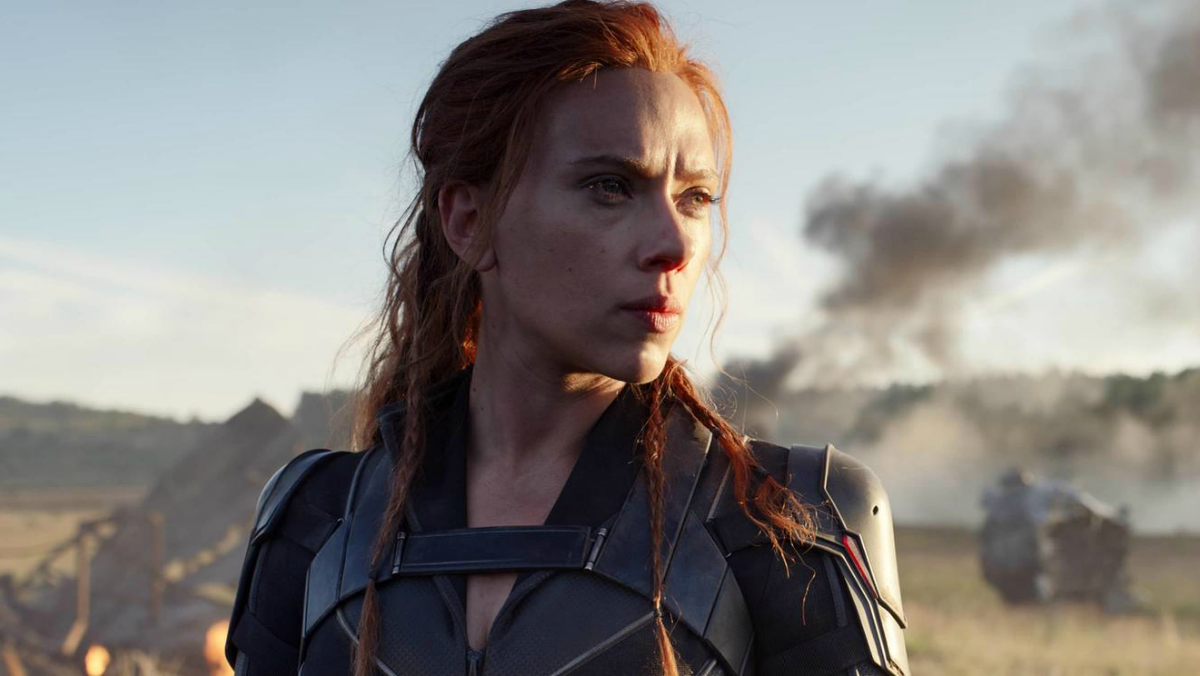 Black Widow from The Avengers

Andrea Towers: Natasha Romanoff is more than a super spy. In the MCU movies, she’s the voice of reason, the empathy glue holding her team together, and—as Endgame showed us—the literal soul of the Avengers. She’s also someone who has taught me how to open myself up to others even when I don’t think I deserve support, someone who has taught me to love myself by accepting that I can have debts and regrets and still be considered a worthy human being, and someone who reminds me that I can live life on my own terms and follow my own heart no matter what the world expects. But what makes her so special to me is the fact that she’s flawed. And being flawed doesn’t mean you can’t be inspiring or be a leader. You don’t have to exist as a perfect person in this world; we’re all works in progress and what I love so much about Natasha is that she’s always trying to be better. I try to lead by her example and remember that my life isn’t defined by who I used to be, or even my current actions or thoughts—that I can still try to be better, too. 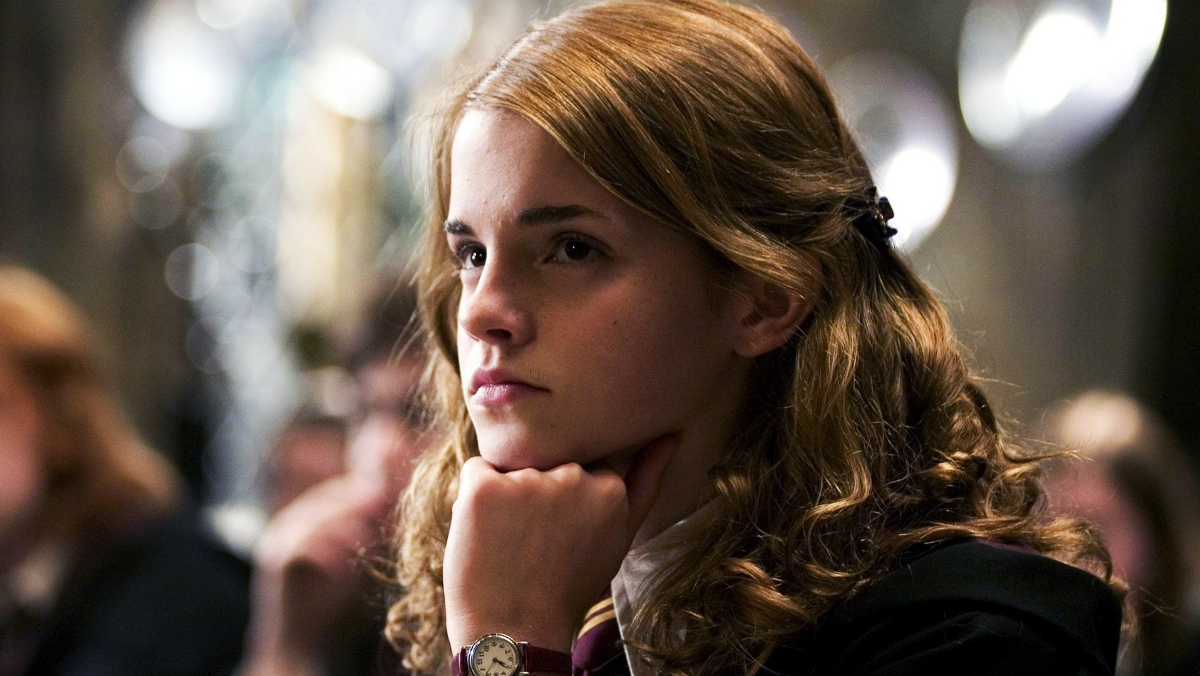 Meaghan Kirby: Hermione Jean Granger was probably one of the first smart girls I ever encountered as a young reader. Well, besides the icons over at The Babysitter’s Club. Teased for being an over-prepared know-it-all, Hermione is unapologetic in her drive and quest for knowledge, utilizing these assets far beyond the confines of Hogwarts. She’s probably best identified by her brilliance—and deservedly so, as keeping her friends alive was a tall order—it doesn’t even begin to cover all her admirable depths. Unwaveringly human, Hermione is full of complicated feelings, flaws, and self-doubt. She’s confident, but wholly understands what it means to be brilliant—and the limitations of exclusively defining oneself by their academic prowess. Most importantly, Hermione is unflappably loyal—even when that loyalty is called into question. She’s the embodiment of the idea that first impressions aren’t everything. And her ability to understand her strengths and weaknesses to better herself and those around her is just one of the many reasons a generation of readers (and counting) have looked up to her.

“Books and cleverness! There are more important things—Friendship and bravery!” – Hermione Granger 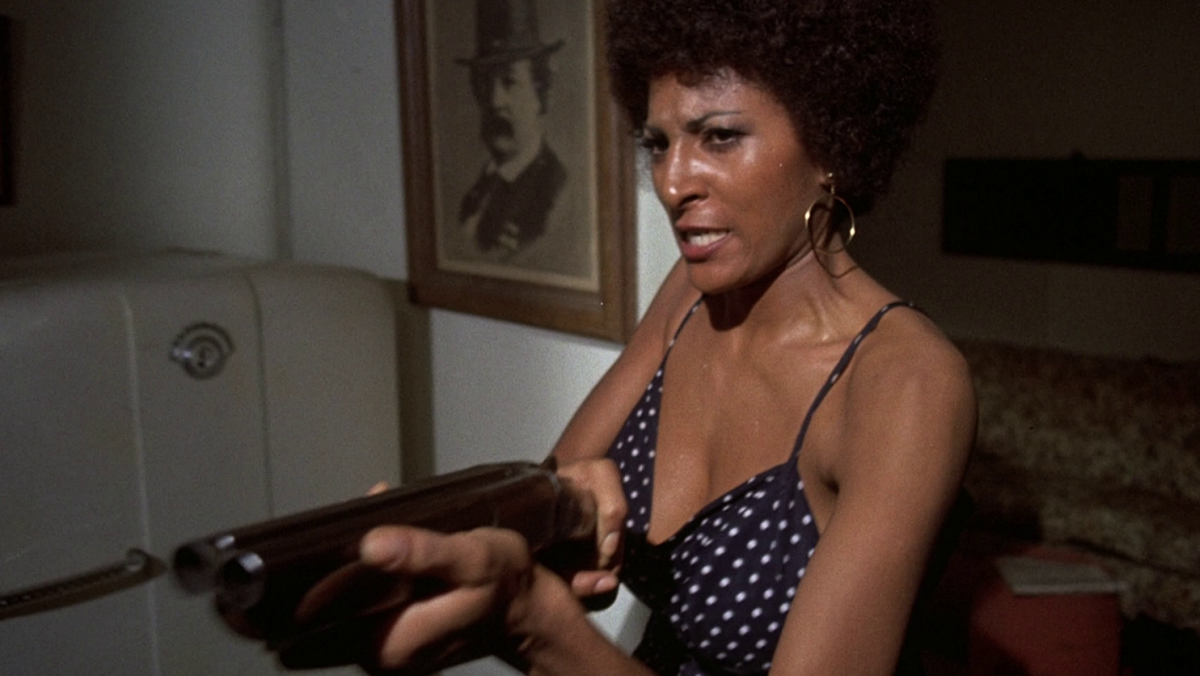 Rosie Knight: It’s hard to put into words just how inspiring and formative Pam Grier and her catalog of work has been to me. She was the first female action hero that I knew and loved, and the first woman who made me fall in love with the exploitation and revenge genres that mean so much to me. Coffy is my favorite of Pam’s movies. As a badass nurse, she works her way through the criminal underworld from street level pawns to powerful politicians, decimating the people who have destroyed her community and, more importantly, her sister’s life. Coffy offers both an unexpected story of sisterhood and female power against the odds, and a brilliant topless woman killing rich corrupt men with a shotgun. What more could you want? 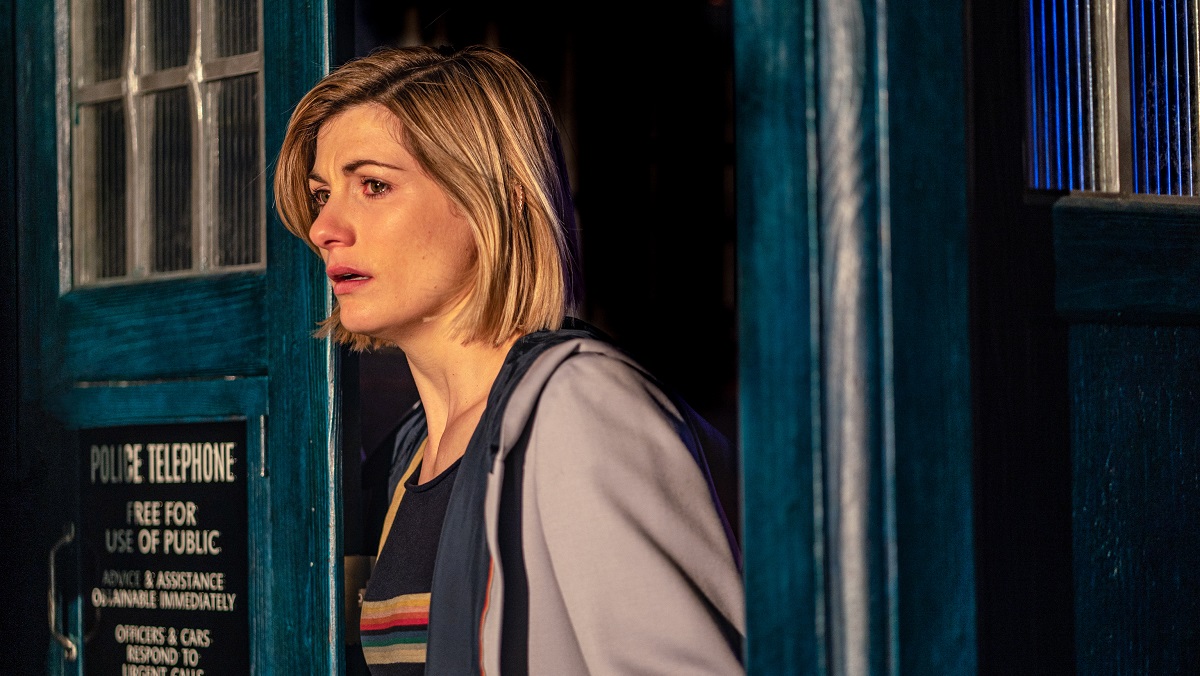 The Doctor from Doctor Who

Riley Silverman: Doctor Who’s use of regeneration has always been something that struck a chord with me as a trans woman. The way it plays with the concept of identity and who we are at the core and how the world sees us versus how we see ourselves have been themes that have deeply resonated with me. So, having already embraced that metaphor, having the Doctor regenerate into a woman was significant to me, to say the least. But the growth that Jodie Whittaker’s Doctor has had since she first fell to earth has been magnificent to watch. The moments of her feeling doubts early on, of being frightened that even the TARDIS might not recognize her were pivotal for me. With series 12, I’ve watched her deal with the weight of having to call her entire past into question, a rewriting of her own history. It’s a profound thing to have to re-conceptualize your entire life based on information that was dangling at the edge but never fully clear, and our Doctor has been handed a doozy of that this year. I felt so close to her in those moments. I felt as close to her when she had to assert her authority while the people closest to her, the people who she loves, continued to question her on her decision making despite not having any idea the weight of her experience or the dangers they were facing. I’m so glad to know that we’re getting at least one more series with Jodie because now that’s she’s off and running I would follow her anywhere.