THE WATCH Trailer Brings the Heat with Dragons and Humor - Nerdist

THE WATCH Trailer Brings the Heat with Dragons and Humor

We’ve had a lot of issues in 2020. But at least we haven’t had to deal with dragons. That starts next year. Don’t worry though, they won’t really be our problem. That’s a job for the police force on BBC America’s The Watch. It’s the upcoming adaptation of Terry Pratchett’s fantasy Discworld novels. And the newest trailer for the series shows that it’s a lot less stressful watching fictional characters face a potential apocalypse. Especially when the people—and creatures—tasked with protecting everyone are so entertaining.

“The Watch follows an unlikely group of misfits, The City Watch, who are forced to find the guts to save the world, surprising even themselves in the process. The comedic yet thrilling series pits trolls, werewolves, wizards and other improbable heroes against an evil plot to resurrect a great dragon which would lead to the destruction of life as they know it.”

The Watch stars Richard Dormer (Game of Thrones‘s Beric Dondarrion) in a very different type of fantasy series. He plays captain of The City Watch Sam Vimes, a man in charge of a police force in a place where crime is mostly legal. But he’s forced to actually do his job when a figure from his past makes an unexpected return. Fortunately the frequently drunk captain has some help. That includes “the last scion of nobility,” Lady Sybil Ramkin (Lara Rossi, I May Destroy You); the “naïve but heroic” Carrot (Adam Hugill, 1917); the “mysterious” Angua (Marama Corlett, Blood Drive); and the “ingenious forensics expert” Cheery (Jo Eaton-Kent, Don’t Forget the Driver). 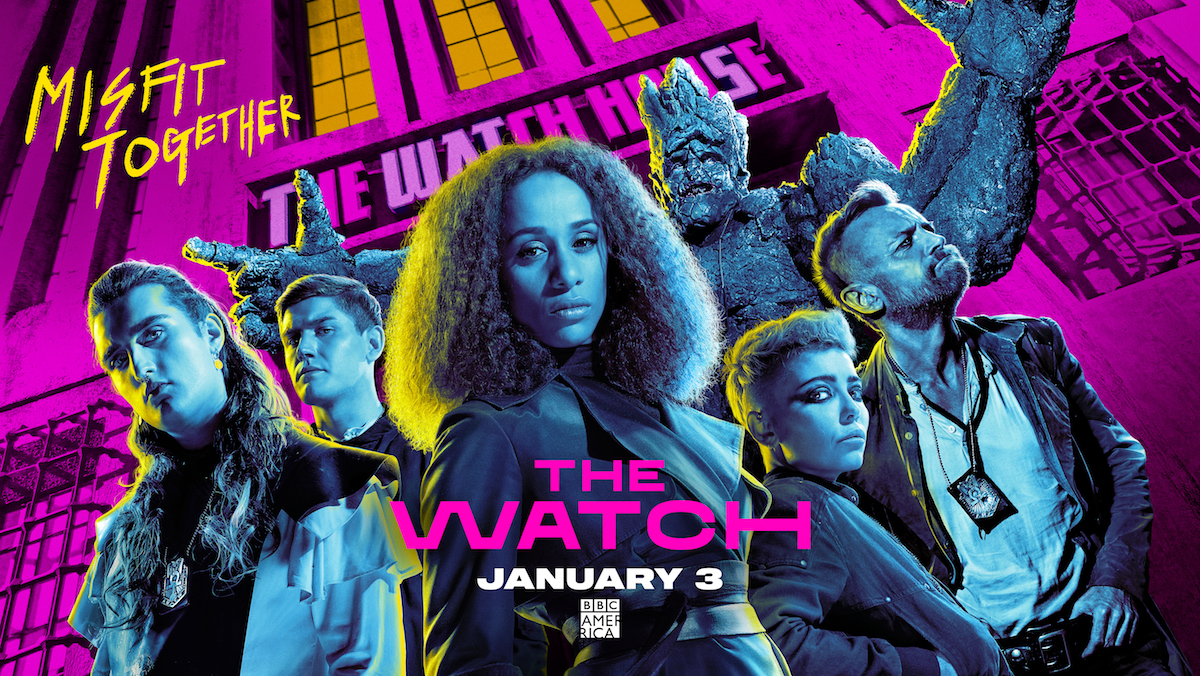 The show also stars Wendell Pierce (The Wire) as the voice of Death himself; Samuel Adewunmi (The Last Tree) as Carcer Dun; and Matt Berry ( What We Do in the Shadows) voices the talking sword Wayne. And that last sentence really sums up a lot of the fun of the show. It’s intense, yet incredibly silly. Mysterious, but also entertaining.

The Watch, from lead writer and executive producer Simon Allen (The Musketeers), premieres on BBC America with two back-to-back episodes on Sunday, January 3. But AMC+ subscribers will get an early sneak peak at the first episode on Thursday, December 31.

Which means we will, in fact, have dragons in 2020. Unlike everything else this year though, that will be a good thing.