Terry Pratchett's THE WATCH Gets a Teaser and Release Date - Nerdist

Terry Pratchett’s THE WATCH Gets a Teaser and Release Date

The Watch, BBC America’s upcoming series based on the late Terry Pratchett’s Discworld novels, got to work at this year’s virtual New York Comic Con. The show’s stars gathered for a digital panel. They discussed making the series, debuted the first teaser and three new clips, and announced a January release date. Whew.

That wasn’t all they did while walking the fantasy cop beat. They also announced two of our favorites will be lending their voices to some incredible characters. Wendell Pierce (The Wire) will play a cynical Grim Reaper. And Matt Berry ( What We Do in the Shadows) will play Wayne, a magical talking sword.

Watch the first teaser for the series:

The series’ synopsis is as follows:

“The Watch follows an unlikely group of misfits, The City Watch, who are forced to find the guts to save the world, surprising even themselves in the process. The comedic yet thrilling series pits trolls, werewolves, wizards and other improbable heroes against an evil plot to resurrect a great dragon which would lead to the destruction of life as they know it.”

During the panel they talked about the origins of the “modern and inclusive” show. It’s based on Terry Pratchett’s “City Watch” series from his beloved Discworld collection. The series stars Dormer as the captain of The City Watch, Sam Vimes. Rossie plays Lady Sybil, “the last scion of nobility.” Hugill is the “naïve but heroic Carrot,” with Corlett as the mysterious Angua. And Eaton-Kent stars as “the ingenious forensics expert” Cheery.

Joining them will be Wendell Pierce as Death, “a dry, sardonic Grim Reaper.” And Matt Berry’s Wayne is a magical speaking sword. In other words, a character we already love in every way possible.

Other new cast members announced include a fun Game of Thrones reunion. Paul Kaye, who starred opposite Dormer’s Ser Beric Dondarrion as Thoros of Myr, will plays Inigo Skimmer. He’s the Duke of Stab, “a member of the Assassins’ Guild whose long and distinguished career is jeopardized when he runs into The City Watch.” Ralph Ineson (Chernobyl) will voice Sergeant Detritus, “a huge a troll made of stone and a member of The City Watch.” Detrius is “an elemental exemplar of truth, loyalty and kindness.” He’s also been close friends with Vimes for many years since each “saved the other from ruin.”

The “high-concept drama premieres Sunday, January 3 on BBC America. If the City Watch is just as busy on that day as it was during virtual New York Comic Con it should be an action-packed debut. 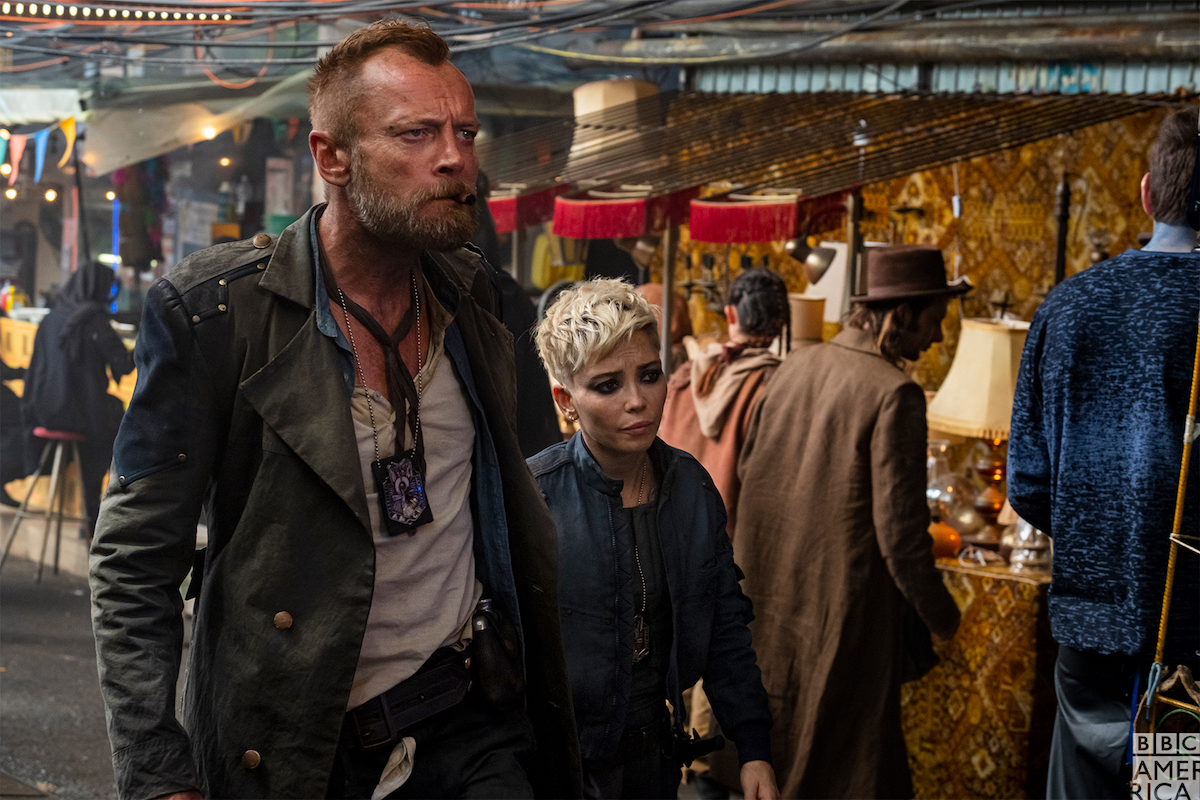