Spoilers ahead for The Walking Dead season ten, episode 13.

The Walking Dead finally caught back up with Michonne after a lot of Whisperer action. In case you forgot, Michonne sailed away with Virgil a few episodes ago in hopes of scoring some heavy artillery to take down Alpha. She obviously didn’t make it back in time, and now she won’t be back because of a major discovery during her stay at Bloodsworth Island.

Virgil turned out to be the creeper we all suspected him to be after he misled Michonne about his “community.” His family was dead, there were no massive weapons, and he was holding the final people from the community hostage because he was mentally unstable. Virgil briefly imprisoned Michonne and drugged her for no reason before she took him down and freed the other captives.

She was understandably pissed off but things went in a completely different direction when she discovered Rick’s boots in a room with her katana. Ahh! The moment that fans have been waiting for since Rick’s “death” last season was finally about to happen! 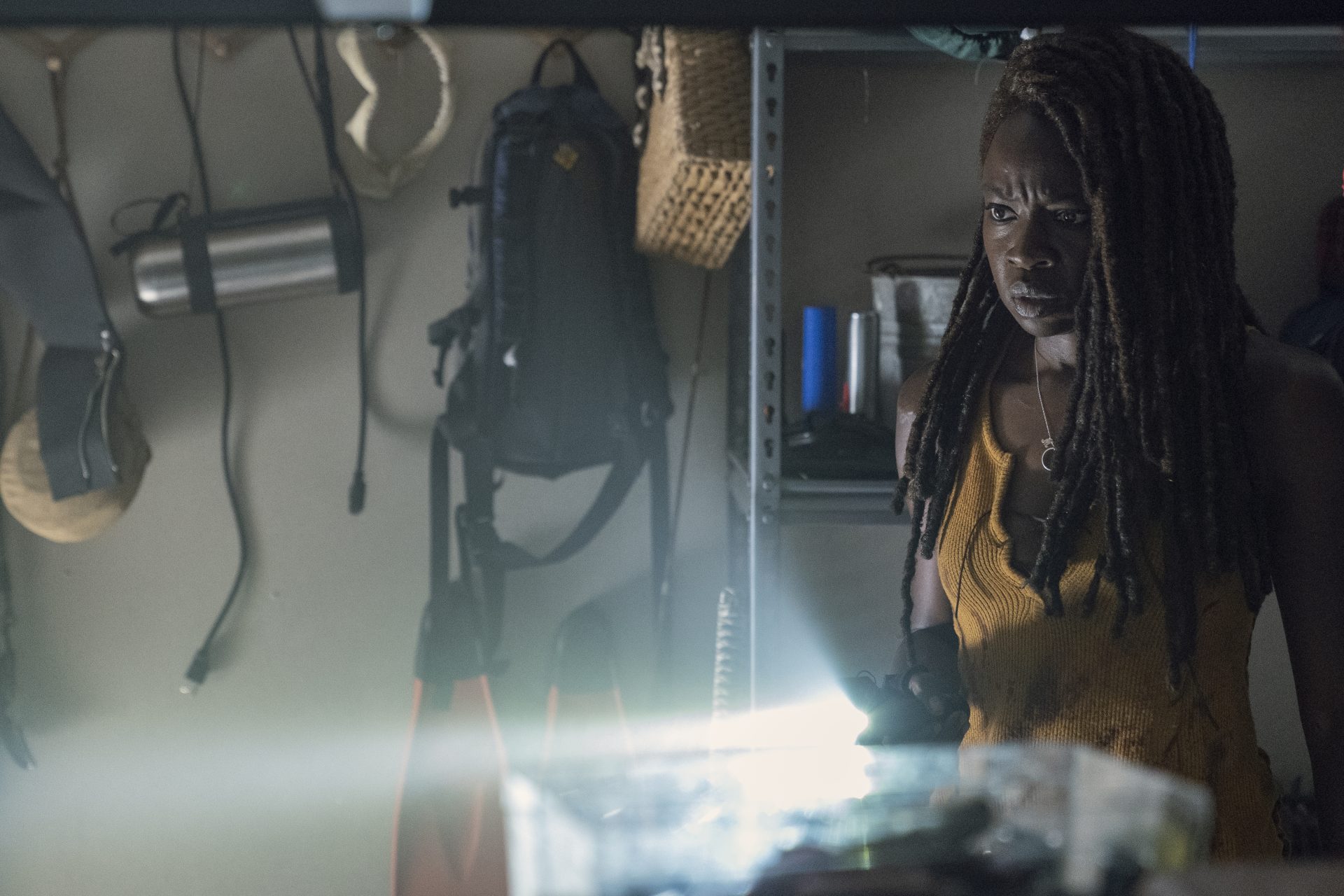 Virgil claimed the boots washed up on the shore but Michonne discovered even more information on a larger boat. She found an old cell phone with an image of herself and Judith etched into the screen. There was also a ship log featuring a name that looked like Virginia Haywell and its previous location: a shipyard in New Jersey.

How the heck did Rick end up on this boat? When did he lose his boots? Why does that drawing of Judith look like current Judith instead of how Rick remembered her years ago? What is happening here?!

Michonne set sail for a while and was last seen walking in the middle of nowhere with two new people towards a massive group. Who are these people and where are they going? How will this connect with the CRM? How long was Michonne walking on her own with those walkers? This final episode set a lot of new things in motion that sadly won’t be explored on the TV series. 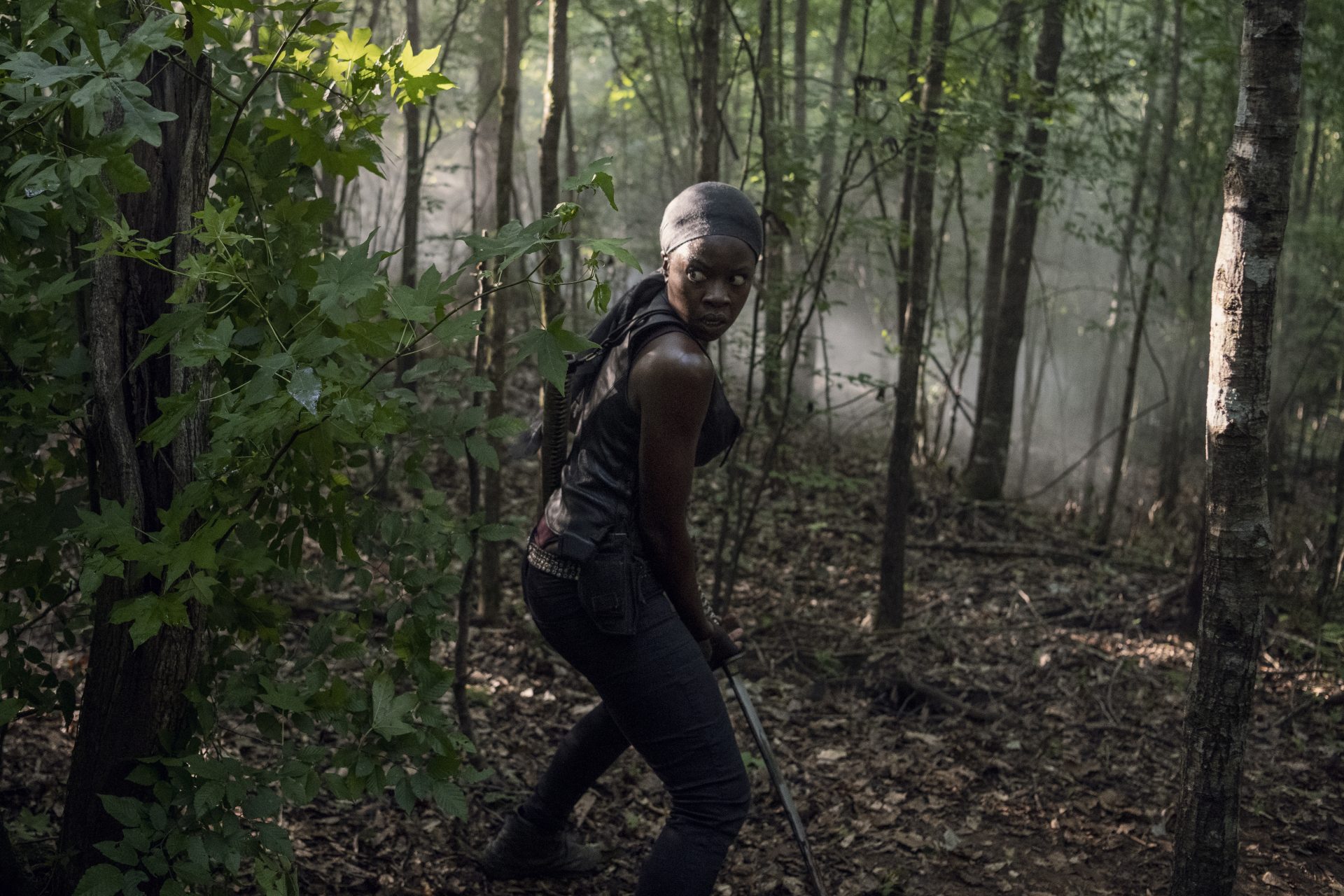 It would be incredibly cool to have a Michonne miniseries that documents her journey towards New Jersey for more answers. This would give fans a chance to get some needed answers and go into a new territory with a familiar face. But that probably won’t happen. Surely, there will be some fanfic to help us get through this difficult time, right?

We’re still expecting the Rick Grimes movies, but everything is quite vague at the moment. Scott Gimple told Entertainment Weekly in January 2020 that a script was still being refined but the impact of the Coronavirus could push things out even further, especially if there were plans to film in the next few months. Gimple obviously didn’t outright confirm that Michonne would be in the movies, but he did say her story would “inform everything moving forward.” So, she will likely appear in at least one or two of the three planned movies.

This makes sense for a couple of reasons. First, movies would allow the character’s story to have a real ending without dominating as much of Danai Gurira’s time. The Walking Dead is basically a full-time, year-round job for its primary actors between filming, appearances, cons, and other obligations. But a movie can be completed within a couple of months, or even weeks. 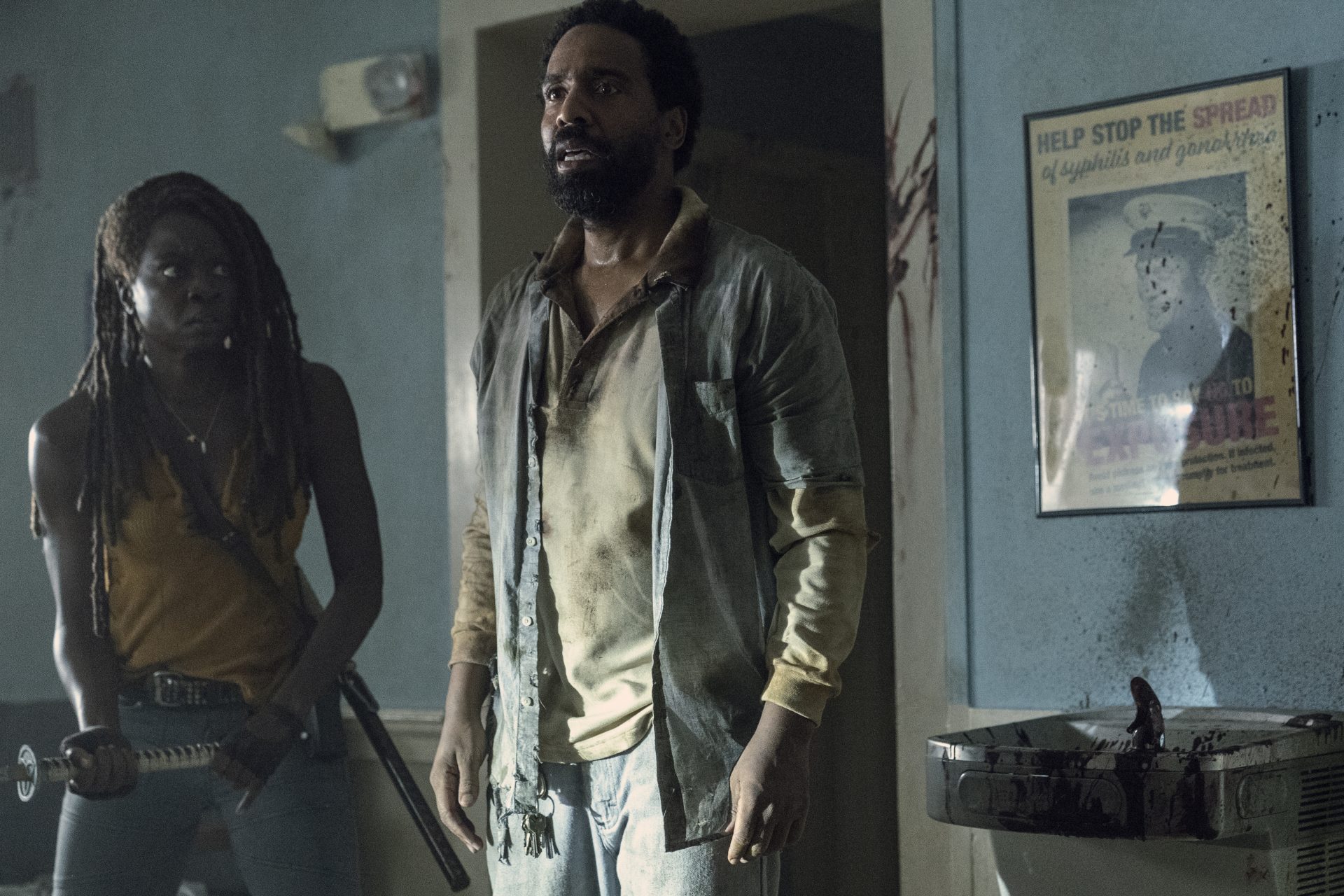 Danai is currently booked and busy as the writer and executive producer of the upcoming series Americanah, along with a future appearance in Black Panther 2. And given that the first movie of the Rick Grimes trilogy would likely focus solely on Rick’s dilemma, it could be another year or so before she would have to reprise her role.

Secondly, Michonne, Rick, and everyone who loves their relationship need some closure. It wouldn’t make sense to introduce this thread of Michonne looking for Rick only to never, ever return to her again. Imagine how terrible it would be to never know what happened to one of the biggest characters from the series. Michonne has to reunite with him, as well as her kids, sometime before RJ gets a mustache.

Michonne’s last Walking Dead TV show appearance is yet another reminder of how rapidly the show is shifting in a different direction from the comics. It’s hard to imagine a battle or big decision without her input, but Daryl, Carol, and the others will have to find a way to move forward and take care of the Grimes children in their parents’ absence.