The Smashing Pumpkins Get a Poppy '80s Remix - Nerdist

The Smashing Pumpkins Get a Poppy ’80s Remix

“The world is a vampire.” Okay, sure. After more than 25 years we’re still willing to roll with that. But why does the world need to be an angsty, angry vampire who wears black and is really into alternative rock? Why can’t the world be an upbeat vampire who loves to dance and wear bright neon colors? No, I am not losing my mind. These are just the types of questions you think about after hearing The Smashing Pumpkin’s “ Bullet with Butterfly Wings” in a whole new way. And we do mean a whole new way. Because someone has taken that guitar-heavy song and remixed it as a delightful ’80s soft rock track.

This video (which we first saw at Boing Boing) comes from Martijn Frazer. He transformed The Smashing Pumpkins’ 1995 single off of their double album Mellon Collie and the Infinite Sadness into something Tiffany might have recorded and played at malls in the ’80s. (Or Robin Sparkles in the ’90s when the actual song was a hit on the radio.)

Only, if instead of being a happy teenager singing about fun stuff, Tiffany was instead a growling young man who wouldn’t stop talking about rats in cages and comparing himself to Jesus. 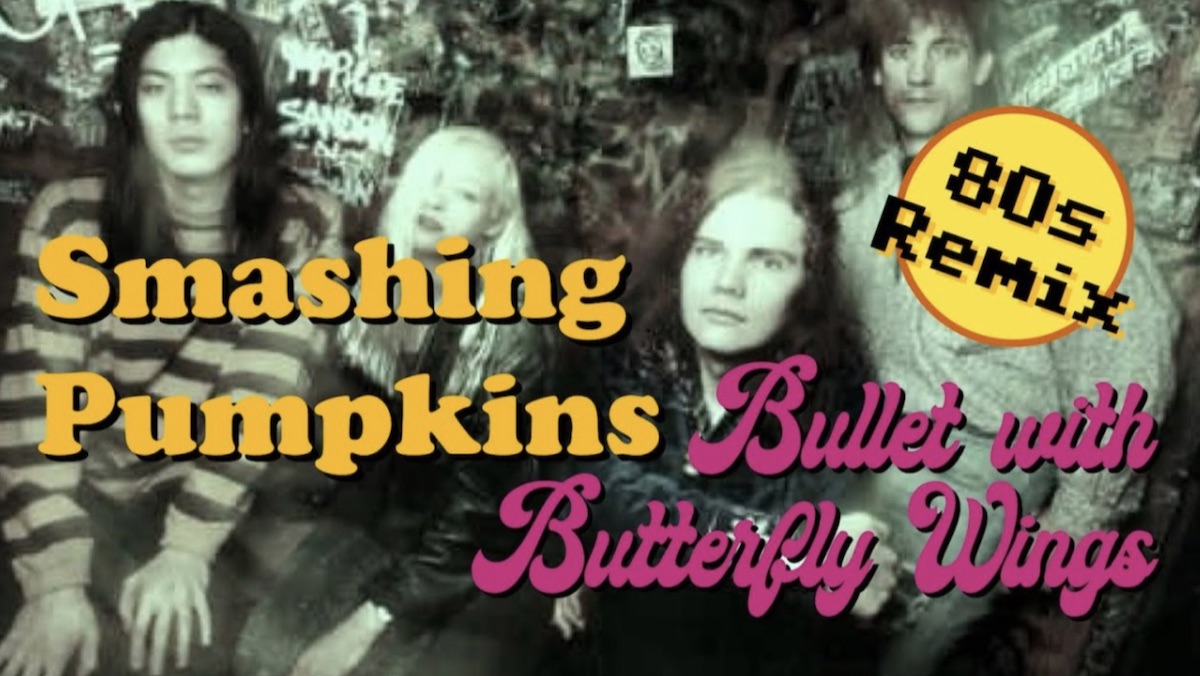 Because as much as you remix the song’s music, you can’t fully escape Billy Corgan’s distinct vocals and memorable lyrics. What’s weird though is that this still kind of works with him singing lead. We very much doubt this exact version of the song would have been a hit in either the ’80s or ’90s. But we’re digging it right now. It’s hard not to start bopping along while this plays.

So yeah, maybe the world is a vampire. A lyric that definitely makes total sense. But don’t some vampires, despite all their rage, like to dance too?