When you’re standing at the top of a mountain, there’s one thing you never want to see. No, it’s not a bear. It’s not even an avalanche. As Homer Simpson learned, there’s nothing as haunting as seeing your annoying neighbor in a skin tight suit. Especially when he has buns of steel that make him look like he’s wearing “nothing at all.” But The Simpsons‘ Stupid Sexy Flanders will look right at home on your bookshelf, with Kidrobot’s newest vinyl collectible. And it’s definitely designed with “maximum mobility” in mind. Because that ski suit is just as revealing as ever. 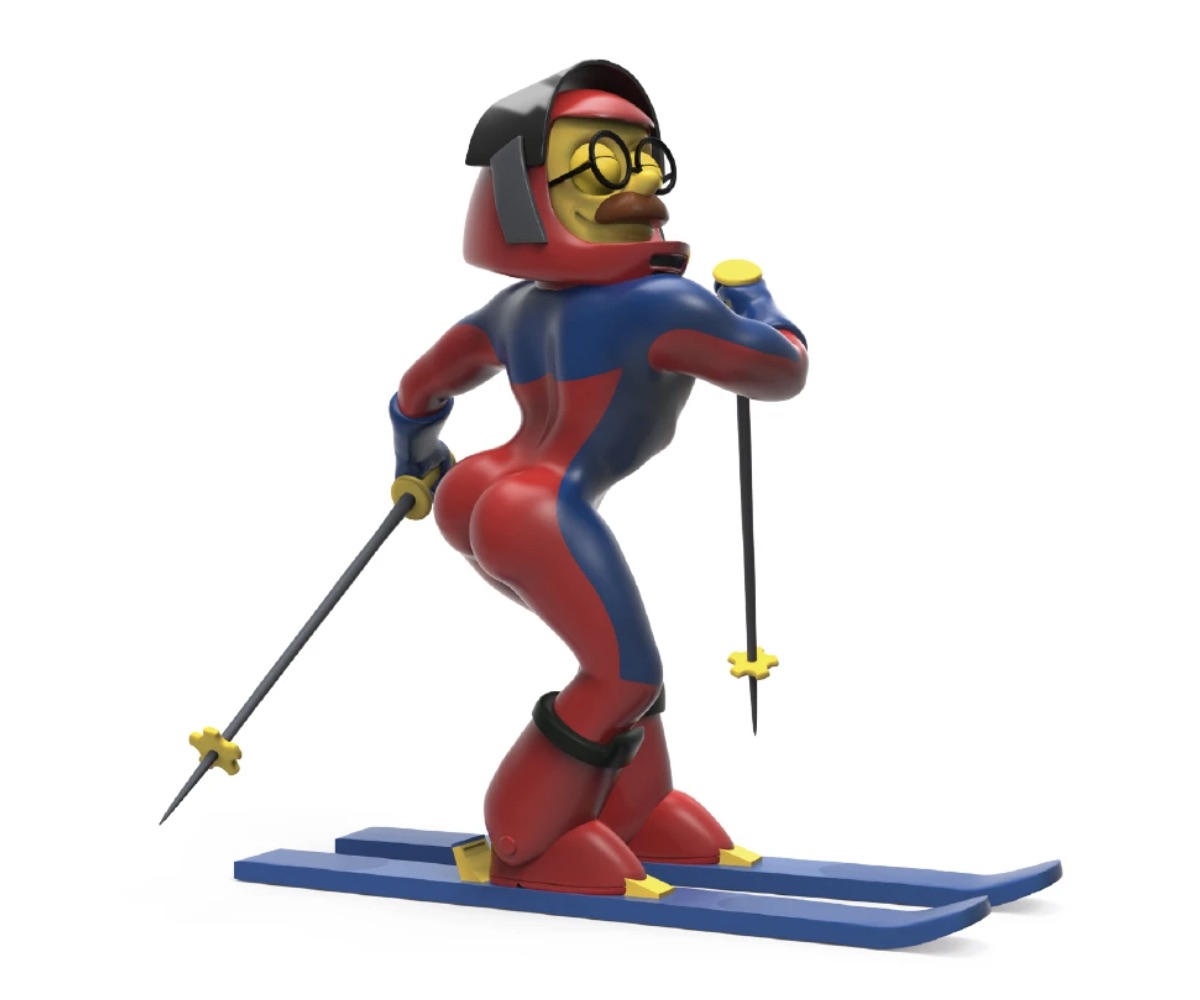 Kidrobot’s newest Simpsons collectible is an eight-inch vinyl figure of Homer’s greatest nightmare, which is also maybe our favorite version of his neighbor, Stupid Sexy Flanders. The “premium vinyl art figure” is a faithful recreation of Ned “showing off his ski suit and some of his other assets as he joins his neighbor Homer on the slopes.” As all fans of the show know, there’s a real heavy emphasis on “assets” for this item.

That unforgettable moment took place during season eleven’s tenth episode, “Little Big Mom.” Homer was trying to figure out what run to ski down when Ned showed up looking like a modern day Norse god. After Homer asked him about the suit, Ned wiggled his rump to show off how flexible it made him. Homer then accidentally started heading down the mountain. When he tried to remember his instructor’s lesson, all he could picture was Ned in his suit saying, “Nothing at all! Nothing at all! Nothing at all!” 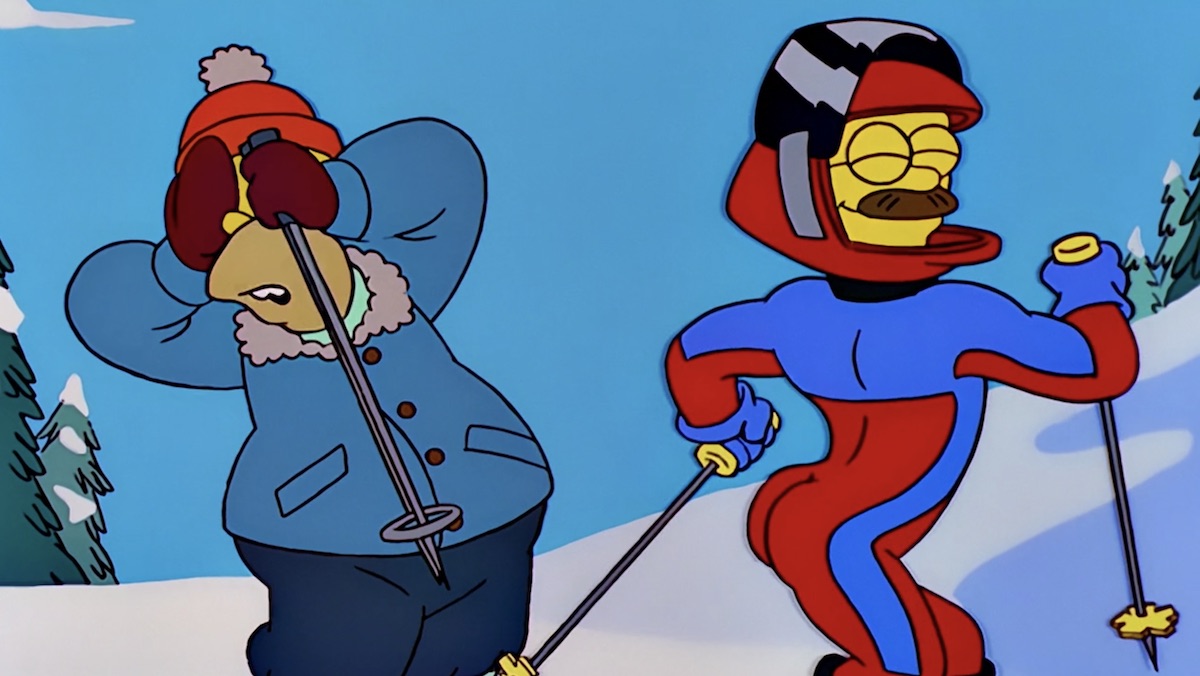 You can pre-order your figure now. The world’s sexiest left-handed skier can be yours for $69.99. Or you can grab the Neon Edition variant for the same price. Both could begin shipping later this fall. However, Kidrobot says that date is subject to change. 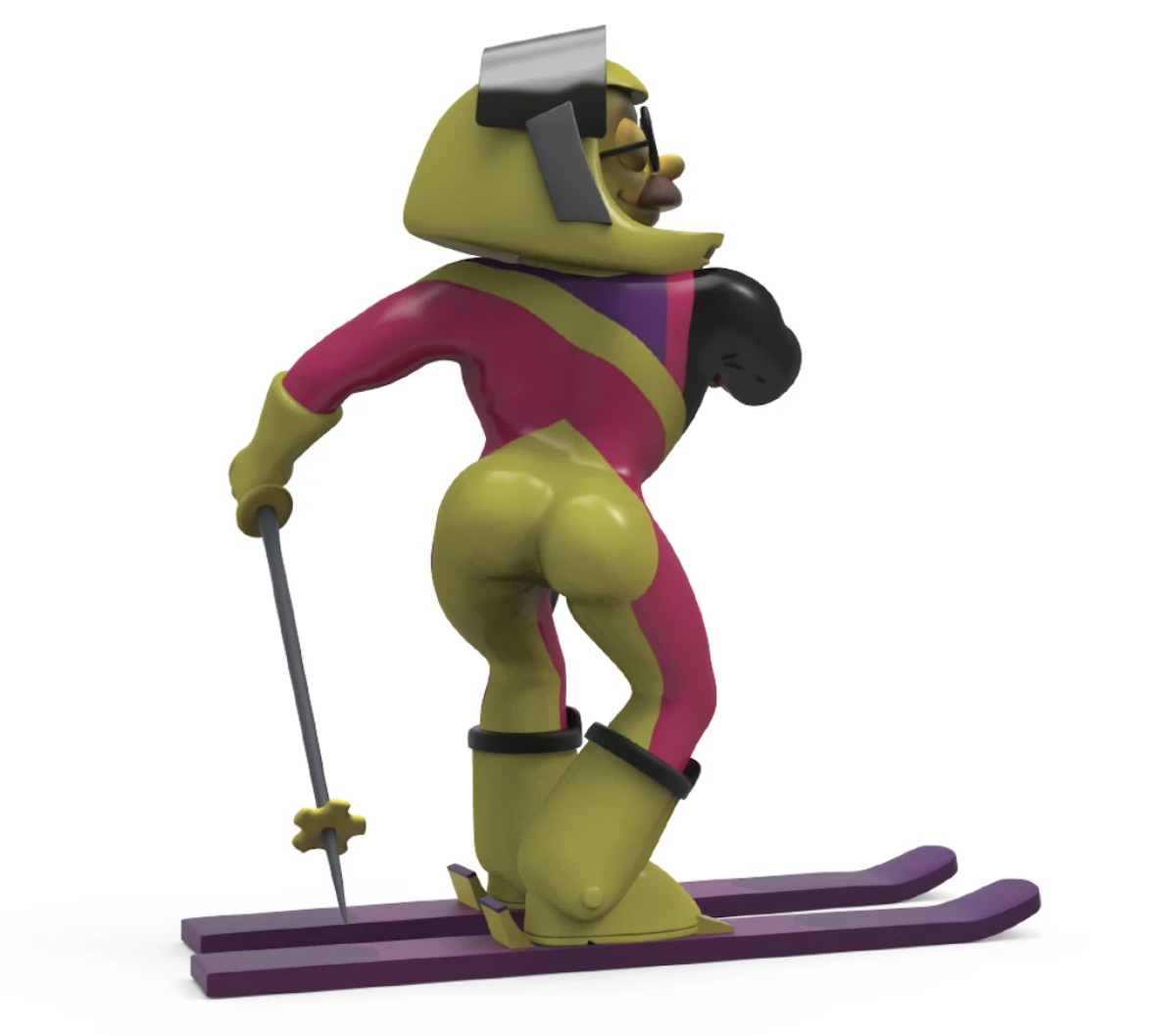 But a little extra wait won’t matter. It’s not like any of us can ever forget Stupid Sexy Flanders.