THE SIMPSONS’ ‘Embiggen’ Added to Dictionary.com

Embiggens, a term that originated with The Simpsons, is once again getting the recognition it so rightfully deserves. It’s now also being added to Dictionary.com. And why wouldn’t it? It’s a perfectly cromulent word.

"embiggen," which is to make or become bigger, is one of the 600 words we just added to https://t.co/OeJELgy3YL. https://t.co/lluZ9iWbXm

Every child in Springfield, USA, knows the story of the city’s founder, Jebediah Springfield. Well, they at least know the “official” tale. But the truth about whether he tamed a buffalo or not isn’t important. Nor does it matter if he was really a pirate. Or even if he tried to murder George Washington. What matters it the legacy he left behind. His legend is a testament to the idea that anyone can overcome the odds, no matter the size of the challenge they face.

That’s why every resident of Springfield knows his motto: “A noble spirit embiggens the smallest man.” Only, that word didn’t exist before The Simpsons’ season seven episode “ Lisa the Iconoclast” introduced it to the world in 1996. It certainly sounded real, and it’s meaning, especially in context, is readily apparent. That’s why it’s funny and has endured. It also gained new popularity with G. Willow Wilson’s Ms. Marvel comic series, where it perfectly describes the abilities of the young superhero who can stretch and expand her appendages. 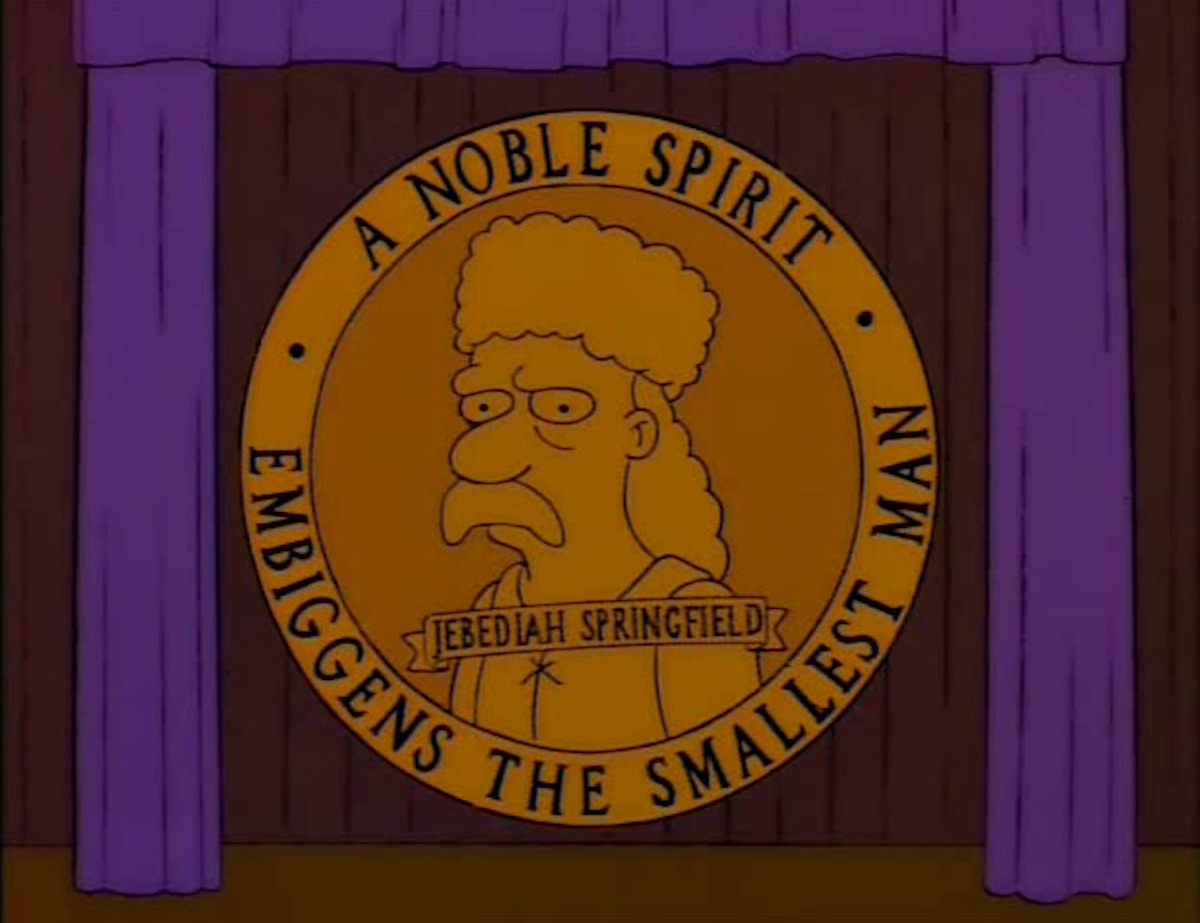 Now Dictionary.com is finally giving it a place in its latest batch of official new words. The verb’s formal meaning states: “which is to make or become bigger.” This follows Merriam-Webster, which formally added it in 2018, with the same general wording.

The question is not why it’s being added, but why it took so long. As Ms. Hoover told Mrs. Krabapple, who never heard “embiggens” before moving to Springfield, it’s a perfectly cromulent word.