Favoritism is a subtle topic often ignored at the gaming table until it’s far too late. By the time players are accusing the storyteller of playing favorites, the game is already dead. In most cases, showing extra attention to some players at the expense of others is never done out of malice or even intentionally. In almost every scenario, favoritism grows from a case of mutual enthusiasm for the plot. As players buy-in and do more, the storyteller naturally reciprocates that attention and there is nothing unhealthy about this.

Until it spirals out of control fifteen game sessions in a row.

Once it happens at your table or in your game, it can be extremely hard to put feelings of resentment back in the bottle. Players will rightfully be upset that some characters get immunity from death or consequence, or that all the storytellers time will be devoted to handling those characters personal plots. It gets even worse when NPC’s or even a rare storyteller PC will constantly step in the game to defend a personal favorite pet player character. Luckily for all storytellers, both new and old alike, there are some steps you can commit to memory to avoid favoritism before it ever rears its ugly head. 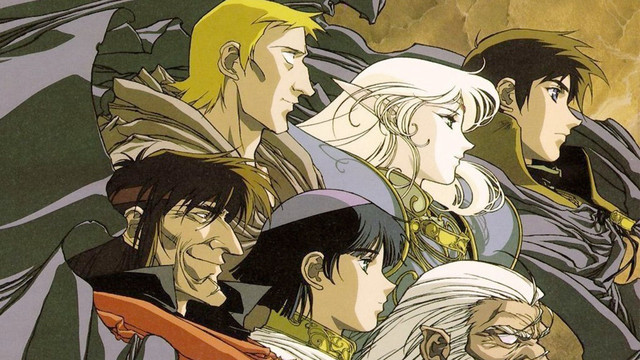 In our favorite anime intros, every character is cut a few times doing a badass move in front of the camera as the next cast member slides in from an odd angle. Everyone gets a turn at being an ace, with their own color, a unique outfit, and a chance to do an odd dance to some J-pop. It should be no different in your tabletop game (including the dancing). As the storyteller, it is your responsibility to reach out and initiate an awesome moment for each and every character in your game.

Players are there to have their characters shine in their world, and not all of them will be as enthusiastic or forthcoming. It’s a storytellers role to break that barrier by handpicking their own NPC’s and plotlines to feature an event for that character. Not just a fleeting inconsequential moment either, but rather a real developed storyline for each of them as individual characters, not the group. By thinking of each character individually, and then slamming them all together into a group, a GM can help ward off favoritism naturally just by having a plan for every character.

Time Your Side Scenes

Live Action Roleplaying games by far the largest culprit of this form of favoritism—running endless side scenes for specific groups of players because they need to “get things done.” In tabletop games; a single player and storyteller may have started to run a side adventure on a different day. Often times, the reason side scenes start is out of a legitimate need to rope a plot track back in. The storyteller should time the scene, and at a later time, ensure other players have the same amount of time in their own adventures.

It’s a simple tip to be fair, but it also keeps the side-plot on track. Telling a group of players that you have an hour to do a scene, it keeps them focused. You’ll cut down on chatter and character development and stick to the plot at hand. If other players are waiting for their turn, it helps with any frustration that may be caused by the delay. Lastly, if any scene does run amok into its own side adventure, you’ve got a framework for how much time the rest of the group deserves.

Players can be a finicky bunch, and what player thinks is powerful, another might think is total crap. Truly, internet forum wars wage to this day over feat choices or the optimal magical item choice. When it comes time to dole out the dungeon or quest rewards, handpicking items for each character can (in the strangest of ways) lead to small tiffs. How many times have we seen games with characters arguing about loot while the one rogue tries to sneak off with some extra gold?

It may seem less personal, but I’ve found that giving each player a choice between three rewards a better path. There is a different dynamic among players when they are the ones exercising the choice in loot acquisition. By letting players pick their rewards you give them more character agency and side-step any envious feelings at the same time. There is an intrinsic understanding that a player will always pick what they find most interesting, even if not optimized, for their own characters. Giving them this choice is just another way to avoid accidental favoritism slips.

Have you seen a storyteller recover from a case of favoritism? Let us know in the comments below!

Featured Image by: Black Tongue. by Hugo Cardenas. Art and animations at: Takayuuki.deviantart.com and Youtube